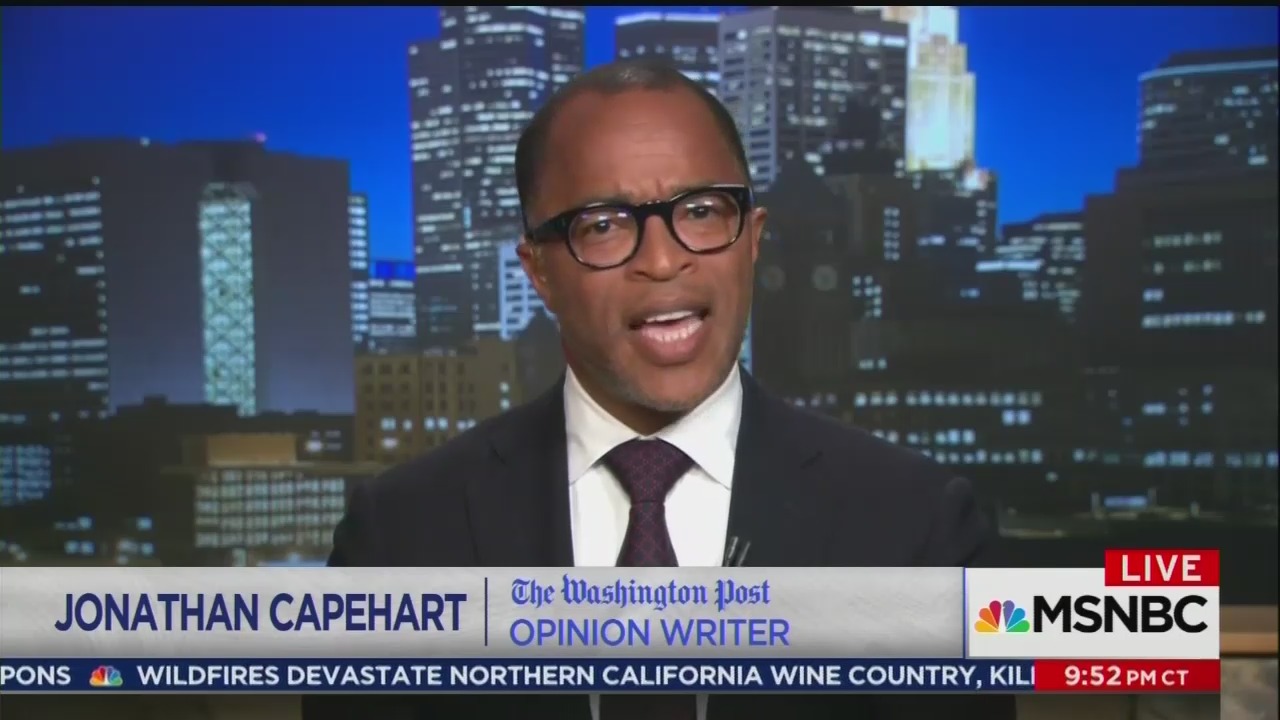 A new survey revealing white millennials aren’t as liberal as their “enlightened” minority peers has liberal columnists at The Washington Post spooked and afraid this Halloween. Jonathan Capehart admitted in today’s paper, that the survey’s results were “alarming” and “worrisome” because they revealed white millennials weren’t as virulently anti-Trump or radically liberal in their political viewpoints as their peers. The horror!

Capehart, who unabashedly sees racism at the drop of a hat, couldn’t help but make the focus of his column on how terrible it was that white young people had seemingly more diverse opinions on politics and cultural matters than their black, asian and hispanic millennial counterparts. He began his column by noting how proud he is of this generation for leading the way on same-sex marriage but admitted that race seems to be where the “enlightenment flickers out.” And by “enlightenment,” he meant, they actually don’t blindly follow the Democrats’ dogma on every issue:

“Surely, the forward-thinking millennial generation will deliver us from the sins of their elders. But the survey results — with the apt title “The ‘woke’ generation?: Millennial attitudes on race in the US” — dashed my hopes of that...As a new GenForward Survey of 18-to-34-year-olds reveals, white millennials are ‘quickly becoming the outlier group in this generation.’”

He notes from the start, that this survey took place just two weeks after “white supremacists, neo-Nazis and other assorted bigots unleashed terror on Charlottesville,” as if to remind readers that this one event should be the lens that every answer given should be centered around.

Capehart’s first complaint came in the answers young white people gave about their “feelings” about the 2016 election results. Capehart whined that whites list “hope” as the third emotion they feel, after “disgust” and “embarrassment.” Despite being “disgusted” with the election results, the young whites surveyed still felt “hopeful” for the future. How dare they! Apparently Capehart wants millennials to see doom and gloom around every corner, with Trump as president.

His second gripe came amidst the answers given about whether or not President Trump is a racist. Whites were pretty evenly split on this contentious question, but still the fact that nearly half believed he’s not a racist is “worrisome”:

The next warning sign comes in Figure 4 with a straightforward question. “Do you believe Donald Trump is a racist or is not a racist?” No surprise that overwhelming majorities of African Americans (82 percent), Asian Americans (74 percent) and Latinos (78 percent) say, “Yes.” White millennials, however, were almost split. A saving grace is that 51 percent said, “Yes.” But 48 percent saying no, despite all the evidence to the contrary, is beyond worrisome.

From there, Capehart wrote, things got worse.

“As you read deeper into the report, the warning signs give way to red alerts,” he fretted “Views on Black Lives Matter (BLM) and the so-called alt-right left me gobsmacked,” he admitted. 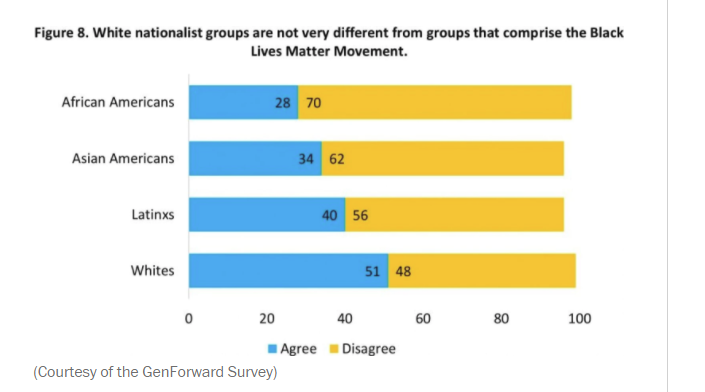 Though Capehart confessed he was surprised to learn that even 23 percent of whites thought BLM was a “racist” group, what really shocked him was that 51 percent of whites surveyed viewed race-based identity groups like white nationalists and BLM as “not very different” from each other.

Capehart uses this question to bash whites answers to other questions about removing confederate statues (62 percent oppose compared to 73 percent of blacks who favor removal), and their divided views about the confederate flag, to solidify his point that young white people are on their way to becoming racist bigots just like their white elders.

“I could go on with the other red alerts in the report,” the journalist admits, but he wraps up his article by highlighting one final question from the report. The question asked those surveyed to agree or disagree with this statement: “Irish, Italian, Jewish, and many other minorities overcame prejudice and worked their way up.Blacks should do the same without any special favors.”

The survey found that 59 percent of whites agreed with this statement, while an equal number of blacks disagreed with it. Capehart is reminded of another Post piece from a year ago entitled, “White millennials vote a lot more like whites than like millennials.”

“And this GenForward Survey shows that despite the millennial reputation, white millennials think a lot more like whites than millennials, who are increasingly people of color,” he writes.

“[T]he results I’ve shared with you and the others within the 44-page report show that millennials are as divided as the generations that came before them,” he admits disappointment.