Earnest Gushes to Meyers: Obama Was The ‘Most Transparent President In History' 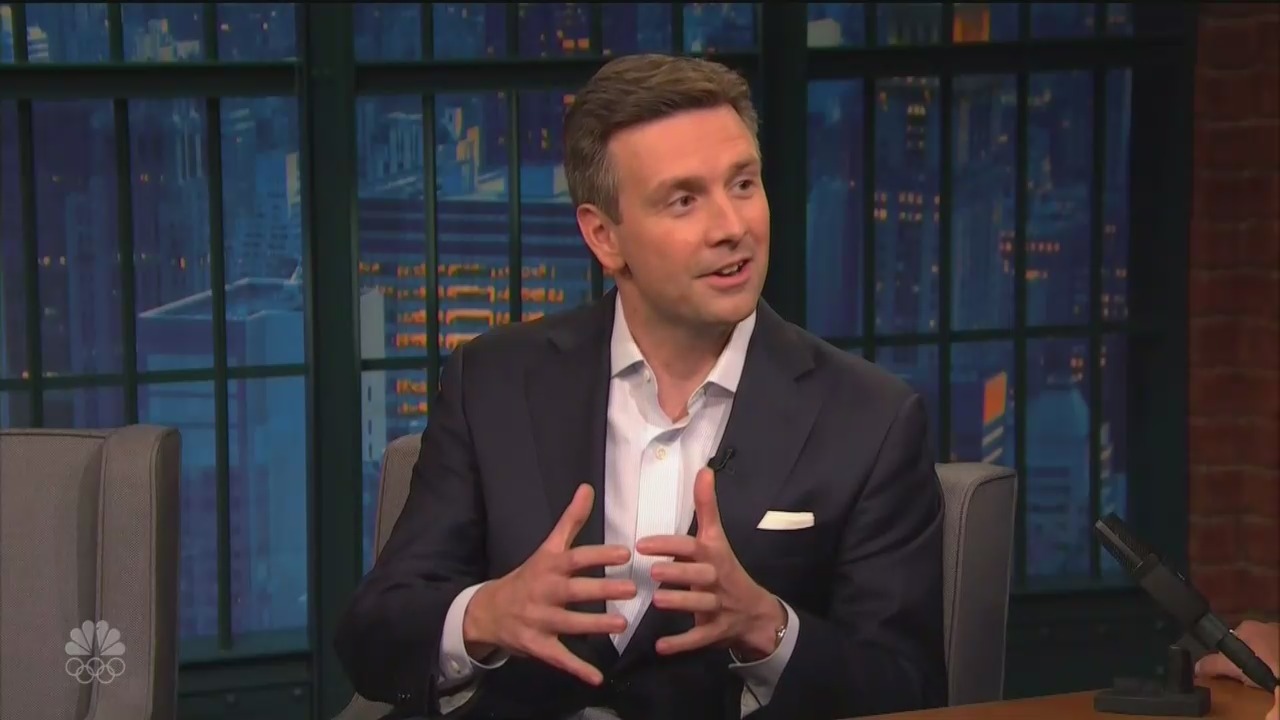 Early Wednesday morning on NBC's Late Night With Seth Meyers, former White House Press Secretary under President Obama, Josh Earnest, appeared to continue plugging for Obama, despite now working as an NBC News analyst. The far-left late night host surprisingly pressed Earnest on Obama’s dismal record with transparency, to which Earnest praised his former boss in the most outlandish way he could, saying President Obama was “the most transparent president ever.”

Meyers started off the interview by talking about how difficult a job being press secretary is, no matter the president. He asked Earnest if Obama watched his press conferences, to which Earnest boasted that Obama didn’t have time to watch all of his briefings, and that was a good thing.

Meyers then claimed that Sean Spicer and Sarah Huckabee Sanders had to explain to the media what Trump meant by his tweets, which must not be easy. “Do you have great relief that was not how it was for you?” he asked. That was the perfect prompt for Earnest to brag about how much better of a president, Obama was:

Yeah, look, President Obama took very seriously the responsibility that he had to go make an argument. He had a vision about where he wanted to take the country. And, look, the sense that you have with President Trump is that he is constantly freelancing. That it's always -- it's always sort of extemporaneous and you never really know what's going to happen. What that means is there is not really any substance there. So when it looks like the spokesperson is having a hard time defending something, in this White House, it's because there is actually nothing to defend.

Meyers continued setting up questions for Earnest that gave him the opportunity to boast about how much better a boss President Obama was then President Trump has been to his former and current press secretary:

MEYERS: Now, I have heard that President Obama told you his door was always open if you needed policy explained before going to the podium.

MEYERS: And so to that -- to what you just said, do you think that ultimately door open or door closed there no answers in that [Trump’s] office?

Earnest blathered on about how the door was always open to him to ask questions before briefings, so that meant “journalists knew they could count on me conveying to them reliable information about what the president actually thought,” but that Trump hasn’t “invested in his surrogates in a way that would let them walk in the door.”

Finally Meyers started asking Earnest tougher questions, pushing back on the whole idea that Earnest was conveying, that President Obama was honest, accessible and transparent:

So I want to ask about this. One of the things President Obama said when he came into office was he was going to have the most transparent administration ever. That was his wall. [ Laughter ] And, yet there's been multiple studies that said as far as Freedom Of Information Requests, they were fulfilled less under president Obama than they had been previous administrations. Did he fail to live up to that transparency and more so, did he establish a new norm that now when you have a president that has opposite politics of you, is going to take advantage of?

Not surprisingly, Earnest responded with this eye-roll worthy answer:

"Yeah, listen. The -- this was the subject of a lot of debate in the briefing room when I was the press secretary. And the truth is, President Obama was, in fact, the most transparent president in history," he gushed.

Even Meyers was skeptical of that whopper of a lie, and continued to press Earnest:

MEYERS: By what metrics are you using?

EARNEST: Well, there are a variety of ways to evaluate this.

MEYERS: This is where you're a good press secretary, I guess. Because I see like you're not going to tell me any lies, but I feel you're going to tell a different truth than the one I'm asking about.

EARNEST: Well, I think we can agree that there are different ways to evaluate what we're saying under transparencies.

MEYERS: Well, let's just do the Freedom Of Information request. I mean, do you feel like in regards to that he was as transparent as he could have been?

EARNEST: Uh -- there -- what I can tell you, is there was no presidential directive that came down to any agency that said, you should make it really hard to respond to Freedom Of Information Act requests. The truth is, these agencies all have day jobs. They all have responsibilities to protect our air and water. To provide healthcare to people. To go and -- and prevent terrorist attacks from occurring on American soil. It's not surprising that the fulfillment of Freedom of Information Act requests is a little bit of a bureaucratic backwater. So it's not like we have the a-team that's responding to Freedom of Information Act requests. They are -- you know, those are the people that are on the front lines. When it comes to fulfilling freedom of information act requests, more than 90% of the Freedom Of Information act requests that were filed in the Obama Administration got a response and got some of the information -- at least some of the information -- that was requested.

Earnest changed subjects here to brag that Obama was the first president to disclose the White House entry logs, so, apparently that made up for all the other things his administration was secretive about:

Well, the 10% was, "We don't have anything for you." But, look, there was a good-faith effort made to provide this information. The other thing the Obama Administration pioneered was actually using technology to -- to self-disclose information and information that had never been disclosed before. The best example of this is the -- is the -- the entry logs in the White House. People who walk in the White House, if you have a meeting with the president or some other member of the White House staff, for the 43 presidents before Barack Obama, that was information that had not been public. In fact, the Bush Administration actually went to the Supreme Court to try to prevent the release of this information. This is something that the Obama Administration did voluntarily every quarter. And it won't surprise you to hear the Trump Administration rolled back that progress for transparency.

But even some journalists in the mainstream media do not agree with this assessment. Besides all of the secret violations of Americans’ constitutional rights from the Obama Administration that the media hid or was late to reporting, there were times where members of the media had the courage to call out Obama for his lack of transparency. CNN’s Jake Tapper was one of them, and for that he was mocked by Obama at the 2016 White House Correspondent’s Dinner.