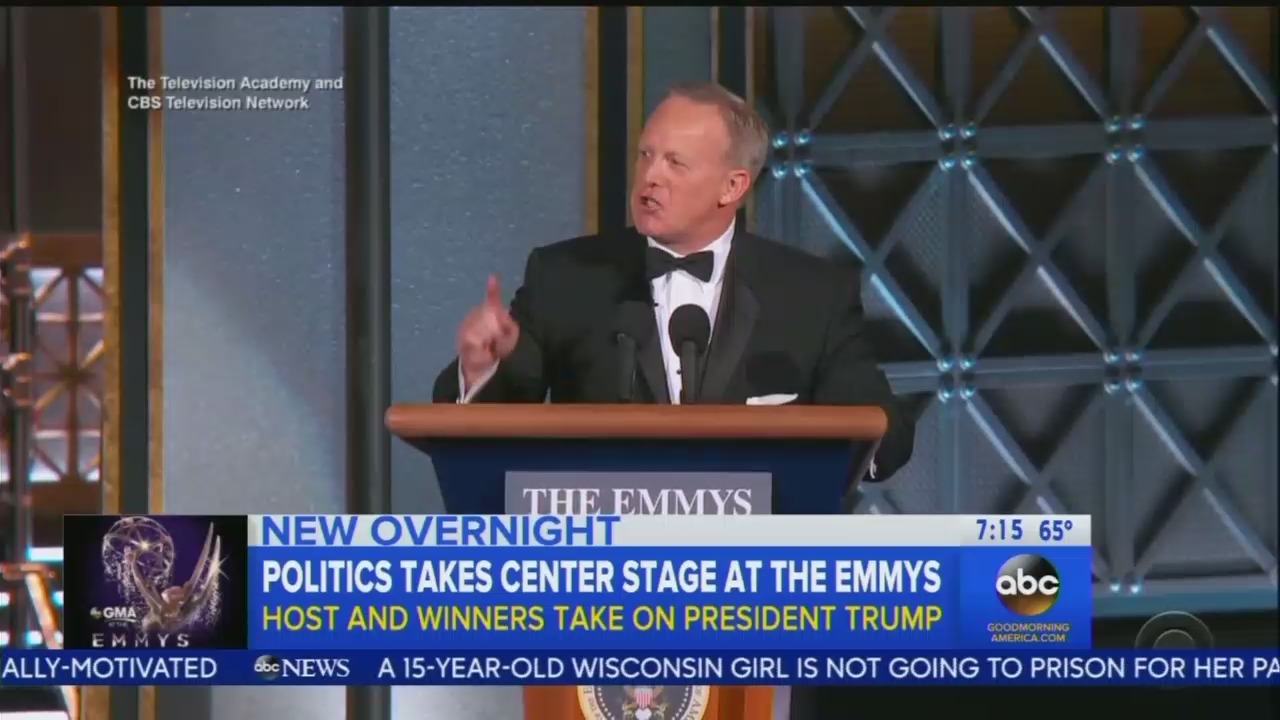 Liberals in the media and Hollywood were outraged after former White House Press Secretary Sean Spicer made a guest appearance on stage to poke fun at himself at the Emmy Awards in Los Angeles, September 17. Offended journalists from several major media outlets took to Twitter to complain that Spicer’s appearance wasn’t funny in the slightest, but it “normalized” him as a “liar.”

So, the 'joke' of bringing Spicer out at the Emmys was that he consistently lied from the podium?

The Washington Post’s Aaron Blake didn’t find it funny either:

Sorry to be a spoilsport, but I don't think it's funny that Spicer is tacitly admitting to his falsehoods and using it for image rehab

Shame on the Emmys for the Spicer validation. He is dedicated to demeaning our craft and restricting our freedoms of speech. #Unforgivable

Slate columnist and CBS News analyst blamed the culture for letting Spicer get away with “no consequences”:

The degree to which Sean Spicer has faced no consequences is a glimpse into the post-Trump future.

Some writers made it about race and white privilege. Buzzfeed UK writer Ellie Bate joked:

never trust a white man with a talk show https://t.co/MxVFcZpDDW

While Chicago Tribune columnist Britt Julious had her own scathing take:

Sean Spicer at the #Emmys? Doesn't take much for white men to be forgiven.

Mona Eltahawy, contributing writer for the New York Times International didn’t hold back with the crass criticism, but blamed the “U.S. media” instead for “normalizing” Spicer:

I'm on the subway heading to dinner with a friend but I must say:fuck US media and the way it normalizes vile people like Sean Spicer #Emmys

DT is a sick liar. If we reward Sean Spicer for enabling his sickness,we are saying we accept a mentally ill POTUS.

I'm not ready to laugh "with" Sean Spicer. I think he is an evil, opportunistic liar that hurt our country.

Meanwhile, Chris Gardner of the Hollywood Reporter mocked Hollywood for surrounding Spicer and posing for pictures after the show was over:

What pariah? Sean Spicer getting mobbed in #Emmys lobby. Posing for pics, drinking beer, soaking up all attention after onstage appearance pic.twitter.com/WqJpaRtAvK