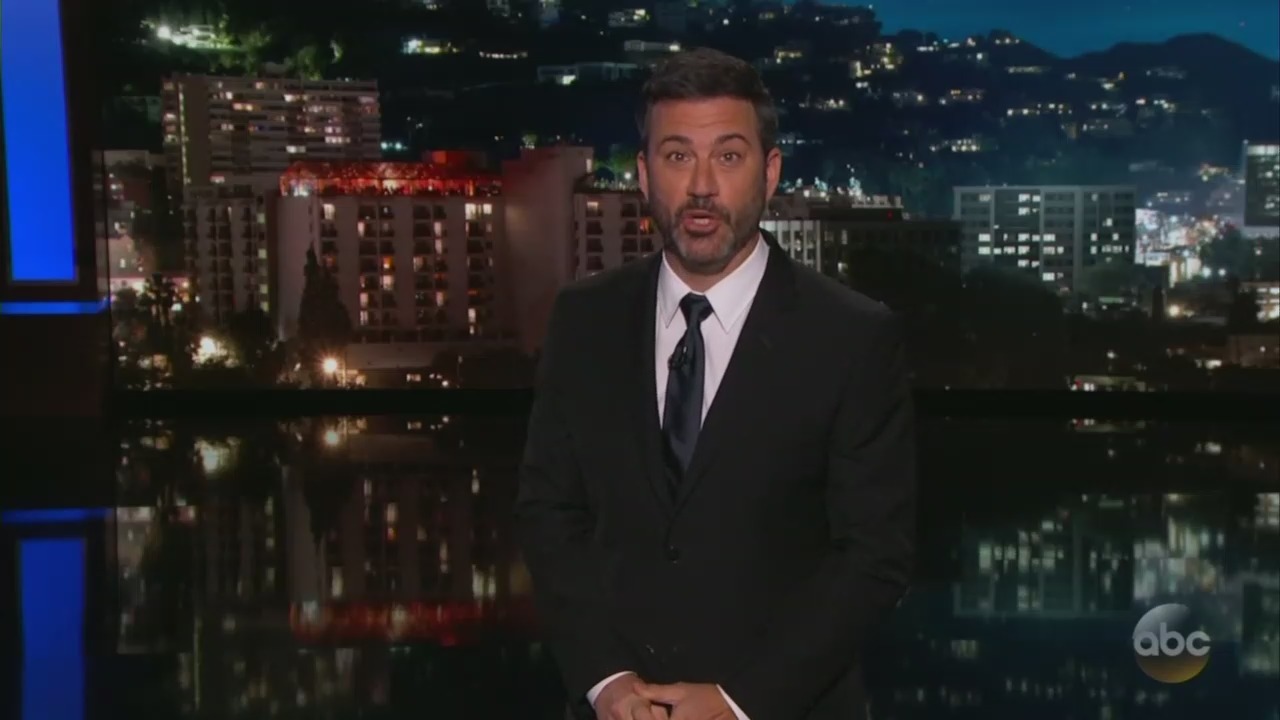 CNN’s Van Jones appeared on Jimmy Kimmel Live September 12, as one of Kimmel’s guests, where he proceeded to argue for civility in politics, between the left and right. But even the far left Van Jones, who infamously called Trump winning the election a “whitelash,” seemed to be outweighed in his hatred for the right by host Jimmy Kimmel.

After playing a clip of Cruz blaming a staffer mistakenly liking the pornographic tweet, Kimmel snarked:

“Is this person you? Because that staffing issue sounds suspicious,” he said to audience laughter. But after that cheap shot, Kimmel went even lower:

But you know, some of his supporters are concerned this has become a big story. They're so concerned, one of his super PACS release ad new ad today that I think makes it very clear where Ted Cruz stands on adult entertainment.

After audience applause, Kimmel remarked, “What? Oh, my goodness. That's a hell of an admission.”

After guest Michael Keaton, CNN’s Van Jones appeared on the show. Jones started off the interview calling for civility, saying Democrats should be friends with Republicans. He called out his left-wing critics, saying, “I’m on the left side of Pluto, but if you say one thing that isn't just smashing on Republicans, then people say you're soft. I think we are almost in like a civil war at this point,” he concluded.

JONES: I think part of what's going on right now is the country’s got so divided, you can have somebody like me. I'm on the left side of Pluto. Okay? You ask me make America great, I will tell you it is the dreamers who are working hard every day. Transgender folks served in the military risking their lives. Muslims make America great. Every Muslim you know has a job, a college degree or a business. Why are we mad at them? I'm on the left side of Pluto. But if you say one thing that isn't just smashing on Republicans, then people start saying you're soft. I think we are almost in like a civil war at this point.

After Kimmel asked Jones if he was friends with any Republicans, Jones answered, “Tons,” citing Newt Gingrich as an example. At that Kimmel grimaced and started bashing Republicans again:

JONES: He is not. This is what I'm talking about.

JONES: I had a tv show with Newt, called Crossfire. We disagreed on almost everything. But I learned--

KIMMEL: Yeah on his cross fire, was setting one on fire, right?

JONES: No, no! That’s not true [audience boos] [to audience] Thank you.

JONES: Listen, here’s the thing about it. Newt taught me something which I really wish the rest of the country would follow and believe. He said your 90% enemy can be your 10% friend where you agree. Where we agreed was is that the criminal justice system is totally out of control. Where we agreed was the opioid addiction crisis is being handled badly, and our kids aren’t being trained in science. I said you know what? I'll fight you on 99 things but the one or two things we agree on, let's work together. And we've actually gone before congress and gotten stuff done together. That's what we're supposed to do in America. [applause]

Kimmel wouldn’t let the Gingrich thing go, however, clearly displaying his personal grudge against Gingrich for his response to Kimmel’s plea for universal healthcare:

Yeah but Newt seems like a very smart guy who says very stupid things from time to time. When my son had an operation, he said that any child with a heart situation, you can bring them into the hospital and they'll take care of then. Completely ignoring follow-up care, the multiple operations, all that stuff. Idiotic.

“Where we disagree, we have to fight,” Jones said, before praising Kimmel for his Obamacare appeal:

The statement you made about your son changed politics. You have people now that say it doesn't meet the Jimmy Kimmel standard, I can’t do it. I've heard senators say that. I’ve heard Congress people say that. So you’ve actually moved the country forward.

As much as Jones sounds reasonable in his calls for civility and being friends with people you disagree with politically, he is the same person who bashed Republicans and Trump voters as racists, immediately after election day: