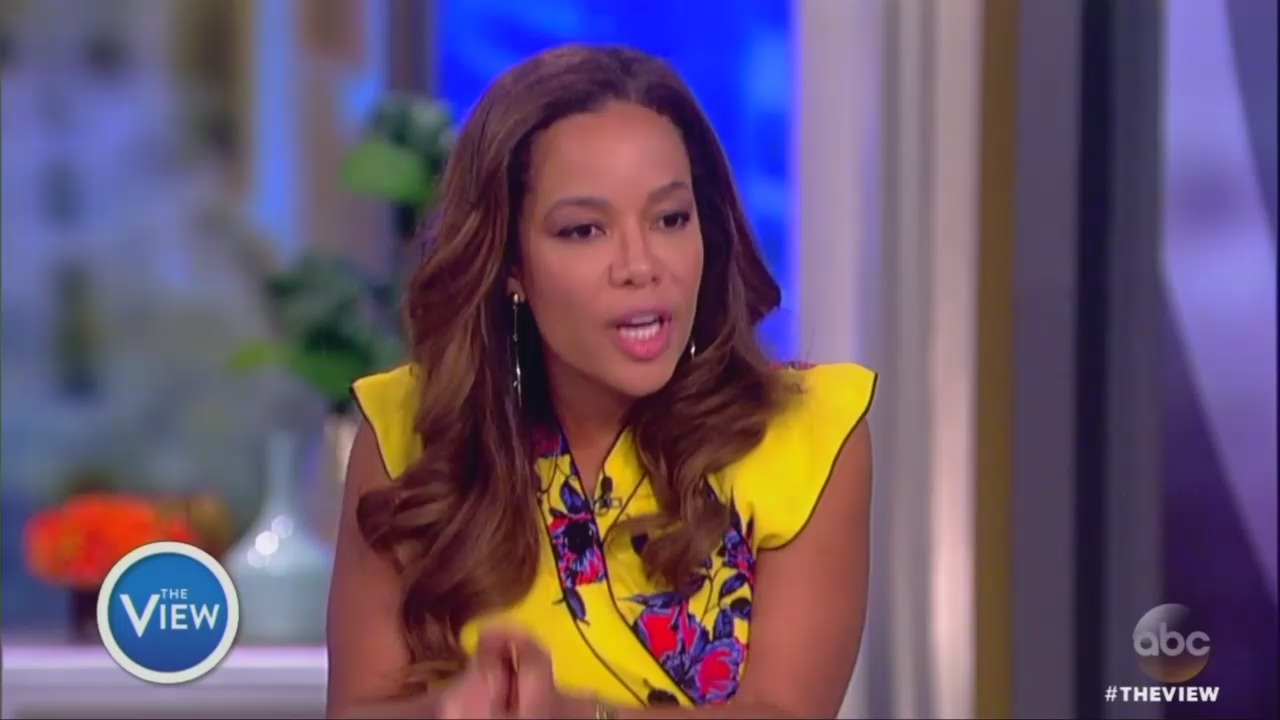 Tuesday on ABC's The View, the sole self-admitted pro-life Democrat on the panel, Sunny Hostin, urged her party to reclaim the moral party status from Republicans. But instead of being encouraged by reports that said Democrats were now opening their doors to pro-life candidates, Hostin claimed abortion shouldn’t be the leading moral issue for Christians in her party. Instead, she claimed, Jesus was already on the Democrats side, since caring for the earth, the poor and refugees were his primary teachings.

The discussion came after multiple media outlets, including The Hill, reported yesterday that Democratic Congressional Campaign Committee chairman Ben Ray Lujan said there would be no “litmus test” on abortion anymore for Democratic candidates. He went on to say that Democrats need to pick candidates that fit their districts, regardless if they are pro-abortion or anti-abortion.

After co-host Whoopi Goldberg introduced the topic, fellow co-host Sunny Hostin admitted she was a pro-life liberal. Host Jedediah Bila asked Hostin if she received “backlash” for holding that viewpoint. Hostin admitted she did before making a rallying cry for Democrats to become the party who sets the “moral objective for the country.” However, if you thought she was talking about Democrats becoming pro-life, you’d be wrong:

HOSTIN: I definitely face backlash but I’ve got to tell you it's time for Democrats to realize -- there's no moral party. The Republicans should not have the corner on setting the moral objective for the country. It's time for Democrats to embrace--- because if you really are looking at Jesus' words, the most important things to him were justice and mercy, so real biblical sort of perspectives are saving the earth--

WHOOPI: [talking over Hostin] What if you're not a Christian?

Whoopi continued to interrupt Hostin, interjecting that Christianity should have no part in the Democrats’ abortion discussion:

WHOOPI: What if you’re not a Christian? Jesus' words don't have the same respect--

HOSTIN: If you just look at--

Whoopi went on to espouse the same nonsensical viewpoint she has many times before. Namely, that you can be “pro-life” and be supportive of abortion for anyone but yourself. So basically there is no difference between “pro-life” and “pro-choice” in Whoopi’s terms. Unsurprisingly, this is exactly what Hostin, the “pro-life” host believes as well, as she went on to confirm before the commercial break:

WHOOPI: Here's the thing. If you believe that abortion is morally wrong, then you never have to have one. The law doesn't say you have to have an abortion. The law says if you feel you need to, we are not going to stand in your way. And that is how the law should read. [cheers and applause]

Hostin went on to reiterate that Democrats shouldn’t “get caught up” on the abortion issue, and that true Christianity was based off of “justice and mercy” (which apparently abortion has nothing to do with?) She argued again that caring for the poor, welcoming refugees and climate change activism were the true identifiers of the faithfulness in the Democrat party:

HOSTIN: And that is true. But my point is, everybody sort of gets caught up, especially Evangelicals and Catholics as well and people of -- Christians get caught up on the abortion issue, but if you really are a faithful person, if you really are a follower of the Bible and a follower of Jesus, again, the most important issues are justice and mercy. The most important issues are caring for the poor, welcoming strangers, caring for our Earth.

HOSTIN: But the Democrats must embrace the faithful community because right now --

BEHAR: You are an example of a Democrat that would be--

WHOOPI: They do, they do.

BEHAR: If you were in the position to vote pro or con Roe v. Wade, you would say leave it, right?

HOSTIN: Yes, because I think that while I don’t believe in abortion, other people have their choices--

BEHAR: She is the poster child for that.

The discussion never picked up after the commercial break.