Chelsea Handler: Melania Would Be 'American Hero' If She Divorced Trump 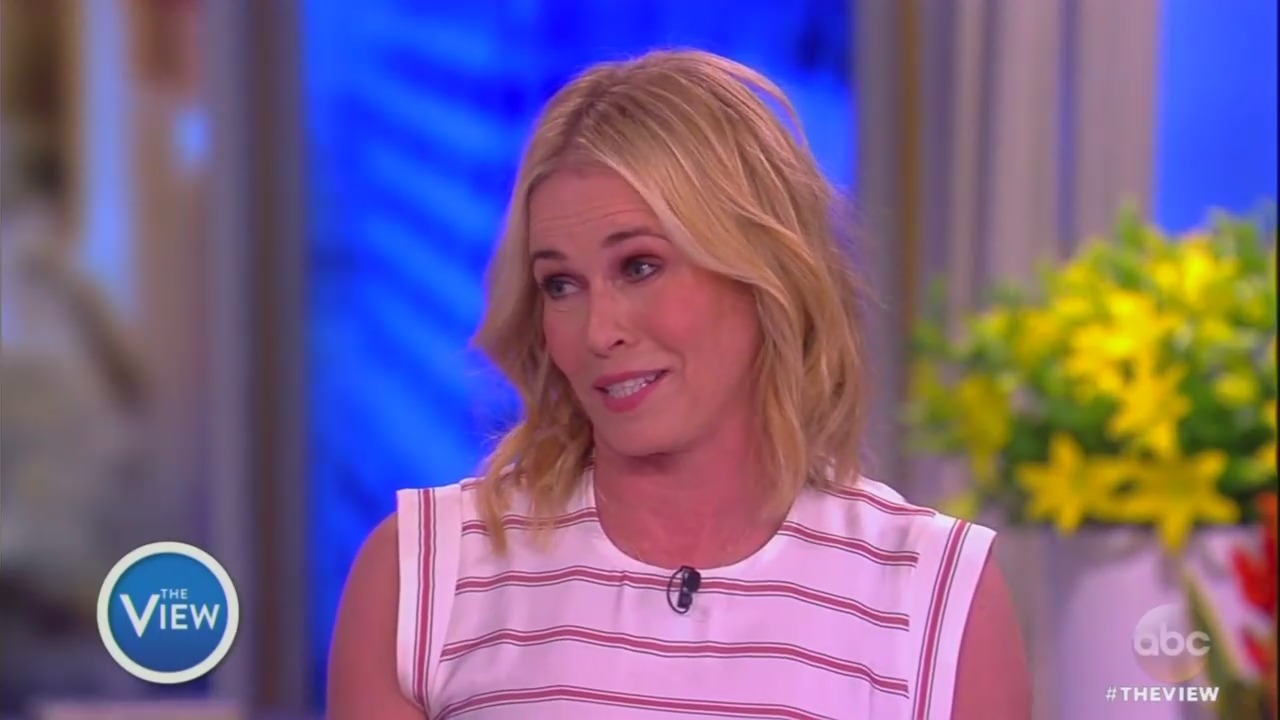 Crass comedian Chelsea Handler has openly advertised her wish for President Trump to fail. She continued that cheerleading for doom on Monday’s The View, to fellow liberal hosts’ Joy Behar and Whoopi Goldberg’s delight. Handler fit right in with the liberal hate-fantasies that Trump would go down in flames, an agenda that ironically, this same panel frequently accused conservatives of having against President Obama.

Today, Handler gossipped with the panel about Trump’s marriage, saying she “fantasized” about Melania divorcing Trump and then going out and telling all his “dirty secrets” to the media.

Behar introduced Handler by welcoming her as part of the “resistance” against Trump, and asked her what her thoughts were on his visit to the Middle East. Handler joked that she hoped they would treat him like they treat women:

BEHAR: You have been part of the “L’ Resistance” along with us. I wonder: what do you think about his trip to the Middle East?

HANDLER: Well, I mean I’m hoping they keep him. [ Laughter ] It would be nice if they just took him, you know, and kept him and treated him like, I don't know, they treat the women over there.

After complaining about how awful everything was, and how it felt like the “end” of the world with Trump as president, Handler admitted what her hope was in the midst of it: that the Trumps would get a divorce and Melania would write a tell-all expose.

“She would be an American hero!” Handler gushed:

I think, like, if Melania, like if I have a fantasy, like I want Melania to just finally come out and divorce him, and she would be an American hero. We would embrace her if she said, listen. This guy is disgusting, and I know all his dirty secrets and I'm willing to tell everybody.

Behar loved that idea and continued spreading the malicious gossip:

BEHAR: Wasn't there a rumor if he didn't win they were going to get a divorce? Don't quote me. It's a rumor.

HANDLER: Well you can quote me. I believe that to be true.

Handler, whose unfunny and crude rants against Trump on her Netflix show could at best be called childish, ironically then labelled the president a “toddler,” before saying she was pleased that Trump was getting the run around in the media, calling it a “reality show” every day:

BEHAR: He seems more tired than anybody. He has this drowsy look on his face, like ‘Where am I?’ Doesn't he?

HANDLER: He needs a nap because he is toddler. He can't pay attention for that long. He is so miserable. [Applause] It's really fun. You have to kind of -- I know it's a very scary and dangerous time, but you have to take as much enjoyment out of it as you possibly can because it's really entertaining and it’s like a great reality show every single day.