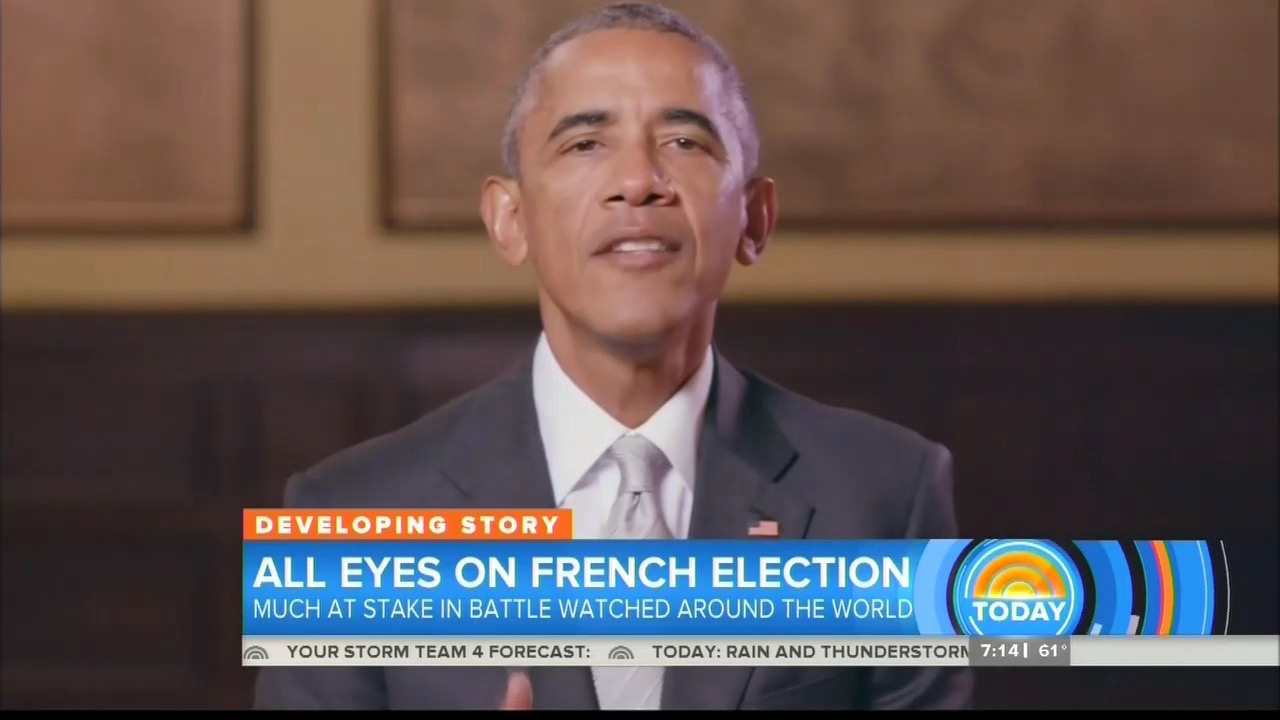 ABC, NBC and CBS finally covered President Obama’s endorsement of left-wing French presidential candidate Emmanuel Macron on their morning news broadcasts Friday, but unsurprisingly, had only nice things to say about our former president interfering in another country’s election, yet again.

NBC’s Today show had the softest take on Obama using his position of influence as a bully pulpit on the international stage. NBC’s Chief Foreign Correspondent Richard Engel’s report offered another extremely biased take on the French election while excusing Obama’s endorsement as “a sign” of “just how much is at stake.”

Savannah Guthrie led into the one-sided report by claiming that President Obama had “largely stayed out of the spotlight” since leaving office, which is a laugh in and of itself. Even by mainstream media standards he has put himself in the limelight more often and much quicker than his predecessor has. Guthrie moved on to Engel’s report by declaring that the French election had “big implications for the world.”

Engel ended his report touting that Obama’s endorsement “could have an impact here,” because he “remains extremely popular” in France.

ABC’s Good Morning America and CBS This Morning’s reports also presented the Obama endorsement as a setback for the “Trump-like” Le Pen.

On GMA, ABC repeatedly touted the “big endorsement” from Obama who still had “strong support” in the country. It’s a “very big endorsement” in the “high stakes election,” correspondent Terry Moran gushed.

This isn’t the first time Obama has interfered in another country’s election, to media silence or lack of critique. In 2015, the Obama Administration tried to defeat Israel Prime Minister Netanyahu in his country’s election, investing hundreds of thousands of dollars that included taxpayer money, into left-wing campaigns in Israel fighting against Netanyahu’s re-election.