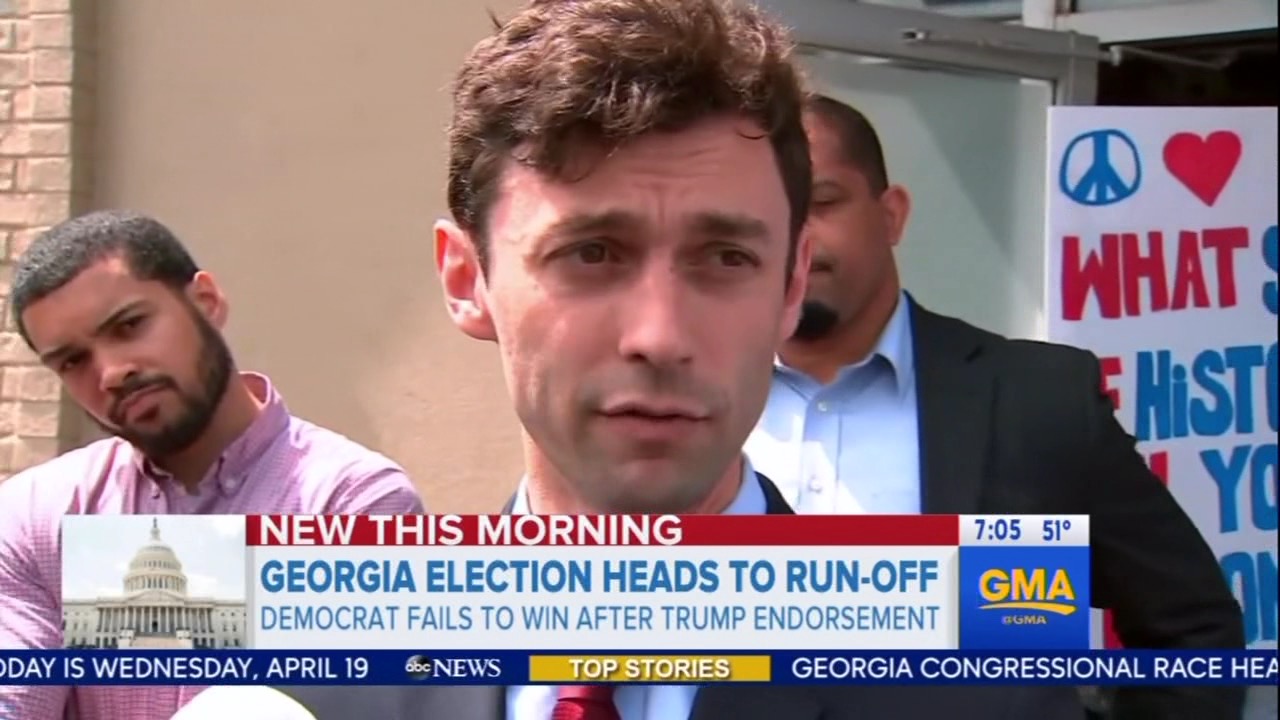 Despite falling short of the 50% of votes needed to win Tuesday night, ABC’s Good Morning America crowned Democratic hopeful Jon Ossoff as the victor of last night’s special election in Georgia. Correspondent Cecilia Vega and anchor George Stephanopoulos gushed over the “rookie” who came “just short” of “winning the whole thing.” GMA used the race’s closeness as a reason to bash Trump while political analyst John Avlon spun that Democrats had “an emotional victory.”

Vega began her report touting this race was a judgement on the president. Its “being called a referendum on President Trump,” she gushed, adding that Democrats hoped to “deliver a knock-out punch to President Trump.” After noting that Trump took credit for helping to stop Ossoff’s momentum, Vega again criticized that Ossoff getting less than 50% of the votes was actually a bad sign for Republicans.

VEGA: But there is no way around it. This once Republican stronghold formerly held by Newt Gingrich is now competitive and Democrats feel they have a strong chance.

Ironically, the ABC chyron was more accurate than what was actually said during the report. It read: “Democrat fails to win after Trump endorsement.”

In the analysis that followed Vega’s report, Stephanopoulos talked with John Avlon of the Daily Beast to further deny the president had any positive influence for Republicans in this election.

“He can’t take a lot of comfort in this result,” Stephanopoulos scolded.

Avlon called the results a “squeaker” with Ossoff “narrowly beating that 50% margin.” “Not a good sign for Donald Trump,” he agreed.

Not only was it a bad “sign” for Trump, but apparently having to go to a runoff was a “victory” for Ossoff:

AVLON: That's correct. This is going to be a very tough way for Democrats to win. Look, the Republicans will consolidate around Karen Handel. She's been the former Secretary of State in Georgia, very well known in the district. So its a very uphill climb. The district is overwhelmingly slotted to be Republican so Democrats had an emotional victory but it will be hard to translate to June.