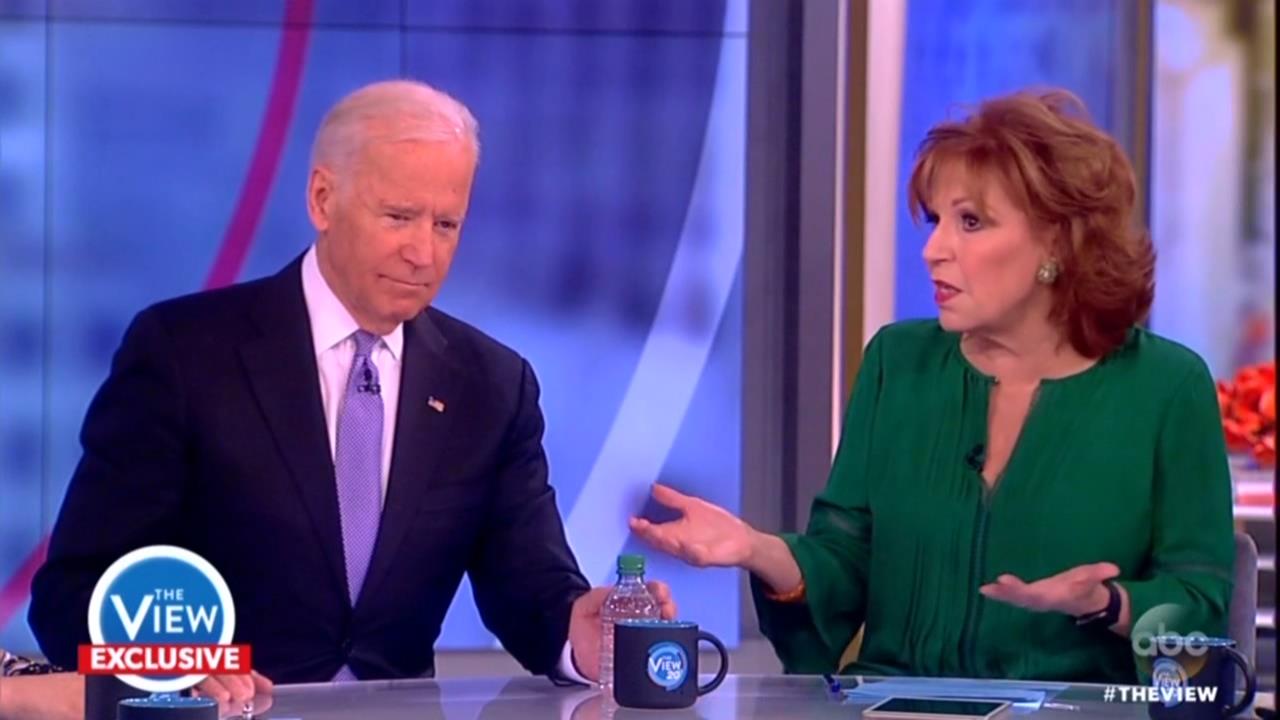 Friday’s special guest on ABC’s The View was Vice President Joe Biden. Like ABC does with every Democrat guest, instead of asking critical questions, the panel split half their commentary into praising Biden and the other half into baiting him to slam Donald Trump and his administration. Host Joy Behar was the most frequent instigator though fellow host Whoopi Goldberg tried three times to get Biden to agree that Trump and Pence were not ready to “empathize” with the American people.

Right off the bat Behar invited Biden to bash Trump with this leading question:

JOY BEHAR: As you leave the office, the country, they say, is very much divided. People are worried about a Trump administration. I'm terrified that he knows nothing and is going to lead us into war. Now, you have called him thoroughly unqualified. What makes you the most uneasy, (and remember, it's only an hour show?)

Biden answered Behar’s question by defending his earlier statement about Trump being unqualified, saying that he only meant Trump didn’t have a background in foreign policy. Biden wisely didn’t take the bait on this one to bash Trump.

A little later on Behar again tried to get Biden to say something negative about Trump, asking, “When a guy tweets in the middle of the night continuously, does he understand the gravity of what he's doing?” When Biden stayed silent, Whoopi decided to answer for him.

WHOOPI: Because he keeps doing it.

BEHAR:  It's a continuous kind of like every minute he's tweeting.

Later on they talked to Biden about his Violence Against Women Act and funding cancer research. Whoopi gushed that Biden had an empathy that Americans were going to miss in the next presidency.

WHOOPI: That's part of what, I think, the empathy that you have for Americans is why they respond to you, and that's why I asked, you know, I'm hoping that all of these issues that you're working with will have stones to the White House that's coming in because empathy is something that you -- you have to learn that if you're going to run a nation full of all kinds of different people, and that's why people are so attached now because it's like, listen, we need you to help -- 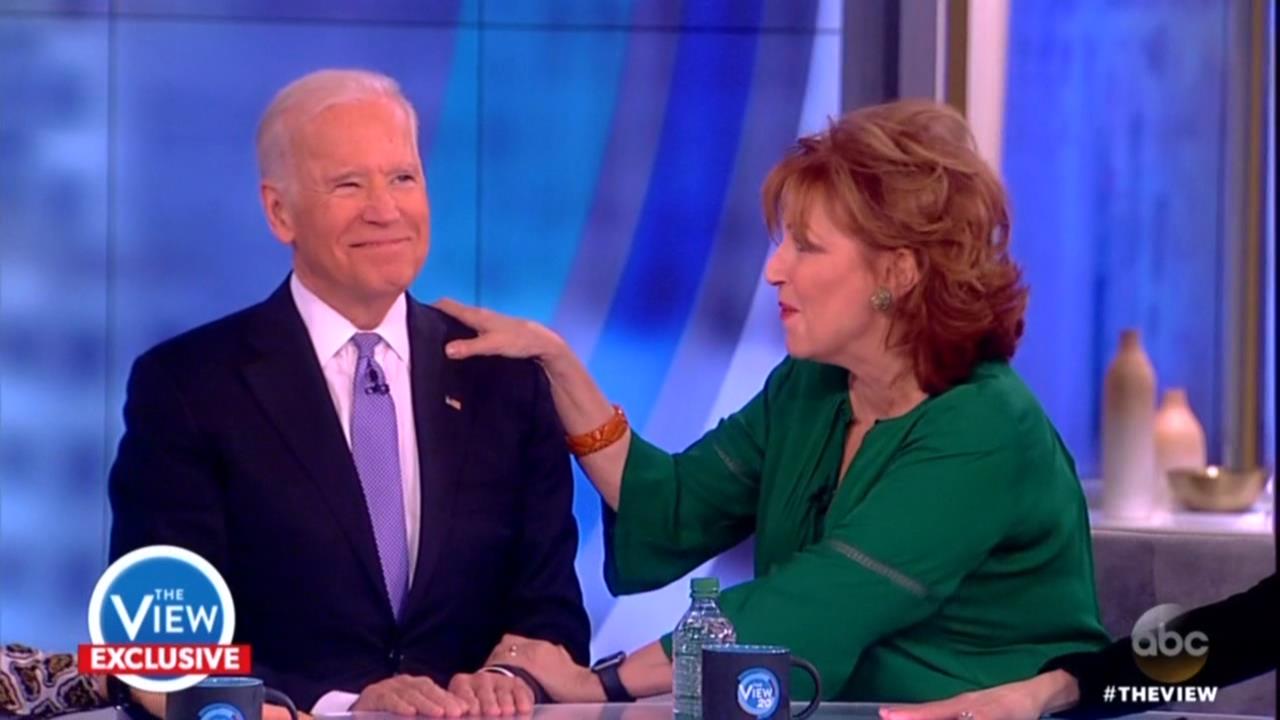