This week ABC’s The View interviewed both presidential candidates’ campaign managers and the treatment of each surrogate couldn’t be more different.While the panel’s interview with Kellyanne Conway on Wednesday was hostile and unrelenting with challenging questions, the panel was quiet and respectful to Mook in their Thursday interview, only challenging him with a few questions provided solely from former Fox News Channel commentator Jedediah Bila.

Each interview started off completely different in tone. From the very first question to Conway, Whoopi Goldberg constantly interrupted her and even tried to get fellow co-host Paula Faris to interrupt Conway to ask her another question. But no one interrupted Mook the following day during the entire twenty minute interview.

What made the panel most angry was when Conway would talk about Clinton’s scandals or praise Trump. Joy Behar and Whoopi Goldberg groaned, shook their heads and made derogatory comments toward Conway when she dared to bring up Clinton or praise Trump.

After bringing up Clinton’s record at the beginning of the interview, Whoopi shushed Conway: 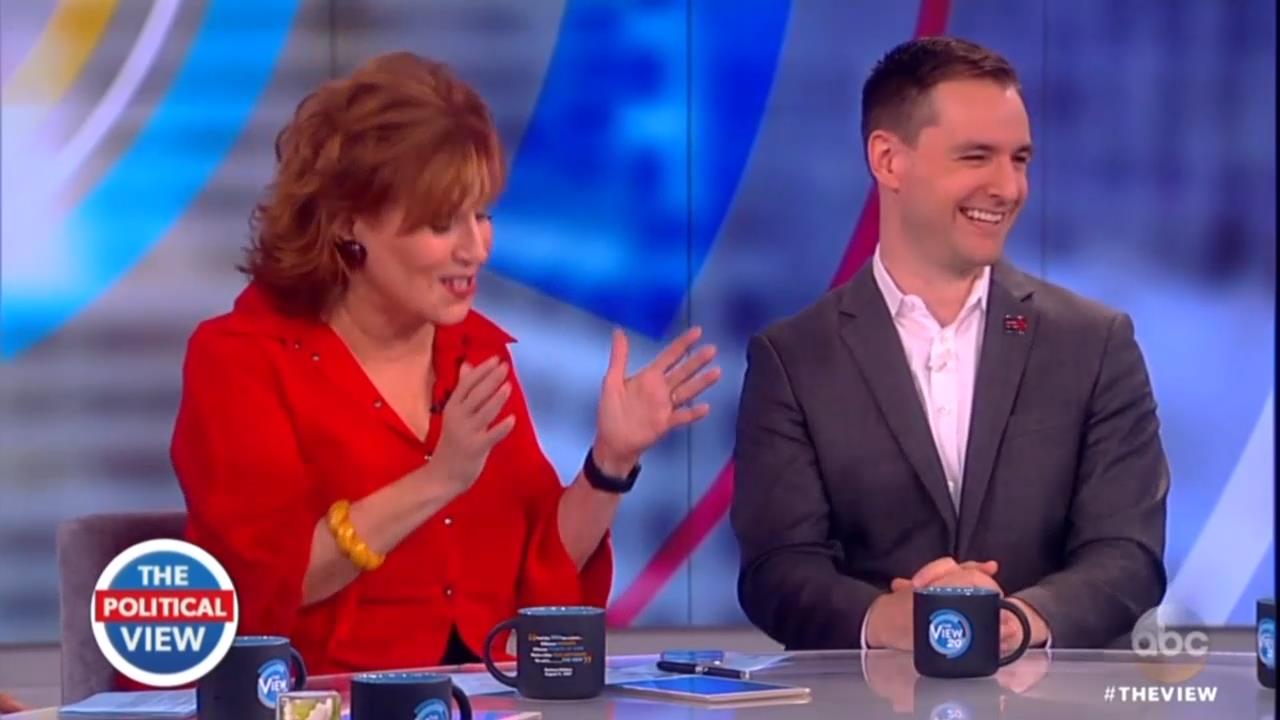 But not with Mook. Just like the last time The View interviewed each surrogate, whenever Mook veered into gushy, rehearsed praise of Clinton “working for children” and bashing Trump, Behar and Whoopi would loudly agree and egg him on as the audience burst into frequent applause.

At one point, Goldberg and Mook reflected on how great Clinton was and how sad it was that Americans were too sexist to handle a female president. At the end, Behar theorized that everyone would come around eventually to liking Clinton because she’s a mother:

BEHAR: When a woman is running for office nobody likes it. No one likes an ambitious woman like that. But once they’re in, then she’s like ‘Mommy.’ You know? She’s mommy now! And everyone’s going to like her then.

But when Conway praised her candidate, they flat out rebuked her.

For example, at one point Behar and Conway argued over Trump’s comments on nuclear weapons. Unsatisfied with Conway’s answers, Behar frustratingly said, “You know, I like you, but I think right here you’re being delusional.”

Both interviews were “safe spaces” to harp on Trump’s tax returns and various controversial comments, but no space was safe to discuss Hillary’s scandals. Jedediah Bila was the only host to ask any questions about the FBI investigation and Donna Brazile (with one question posed by Candace Cameron.) If they weren’t on the panel, you can bet that none of Clinton’s scandals would’ve made the cut.