ABC’s George Stephanopoulos apparently finds Trump’s tax returns more scandalous than the Secretary of State’s compromised private e-mail server. On Good Morning America Tuesday, Stephanopoulos neglected to ask Clinton’s campaign manager Robby Mook any direct questions about the renewed FBI investigation into her e-mails, and completely neglected to ask any questions about Donna Brazile. Brazile is the interim DNC Chair who was fired from CNN this weekend after more Wikileaks  e-mails showed Brazile trying to leak interview questions to Hillary Clinton. While the Democratic candidate is under the spotlight, Stephanopoulos had plenty of opportunity to ask her campaign manager actual substantive questions, but instead he saved the grilling for Trump’s deputy campaign manager in a subsequent interview. 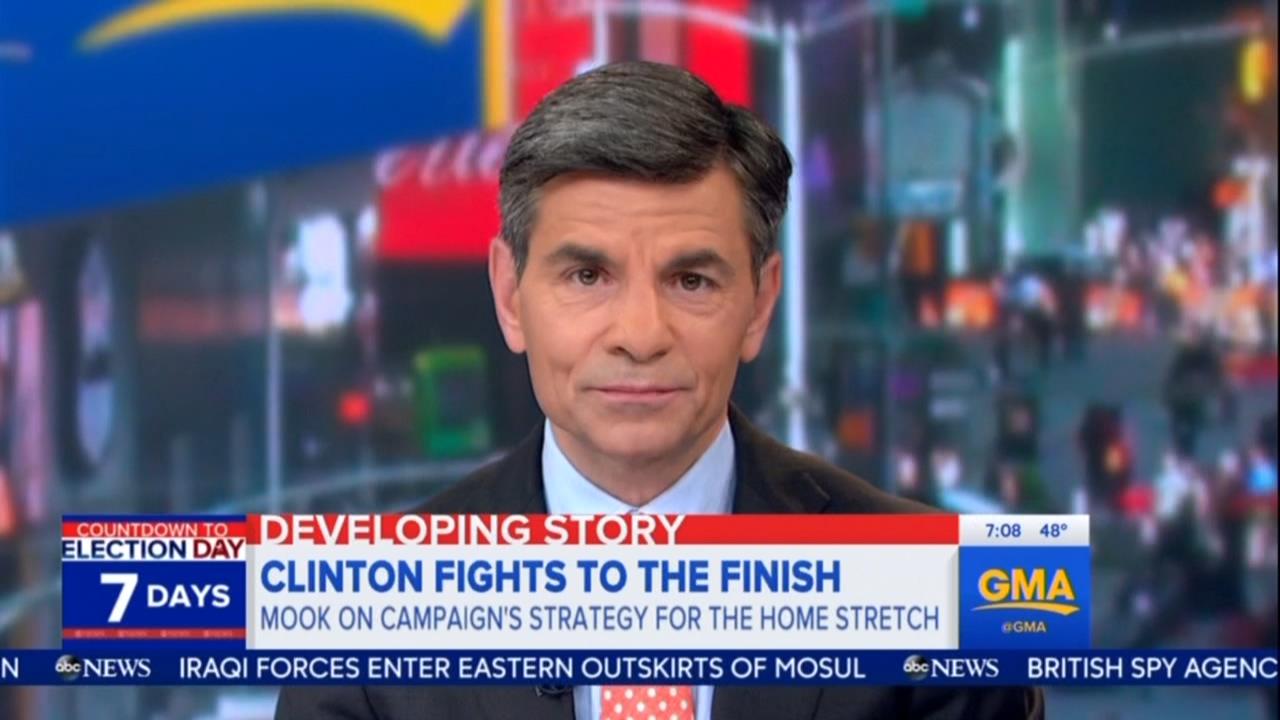 Stephanopoulos began by interviewing Mook. While he did ask Mook if the Clinton campaign would regret going after Comey during this FBI investigation into her e-mails, he didn’t ask directly about the investigation or follow up with any other questions about the biggest scandal Clinton has faced during this campaign.

Even more pathetic, Stephanopoulos didn’t ask even one question, in the entire three-minute interview, about DNC Chair Donna Brazile, who was recently fired from CNN for leaking questions to the Clinton campaign.

At just a week until election day, when there is an especially harsh spotlight on Hillary Clinton and her scandals, ABC seems to be doing everything in it’s power to shift the focus off of her.