Sunny Hostin: Saying the Media Is Biased Is 'Dangerous and Wrong' 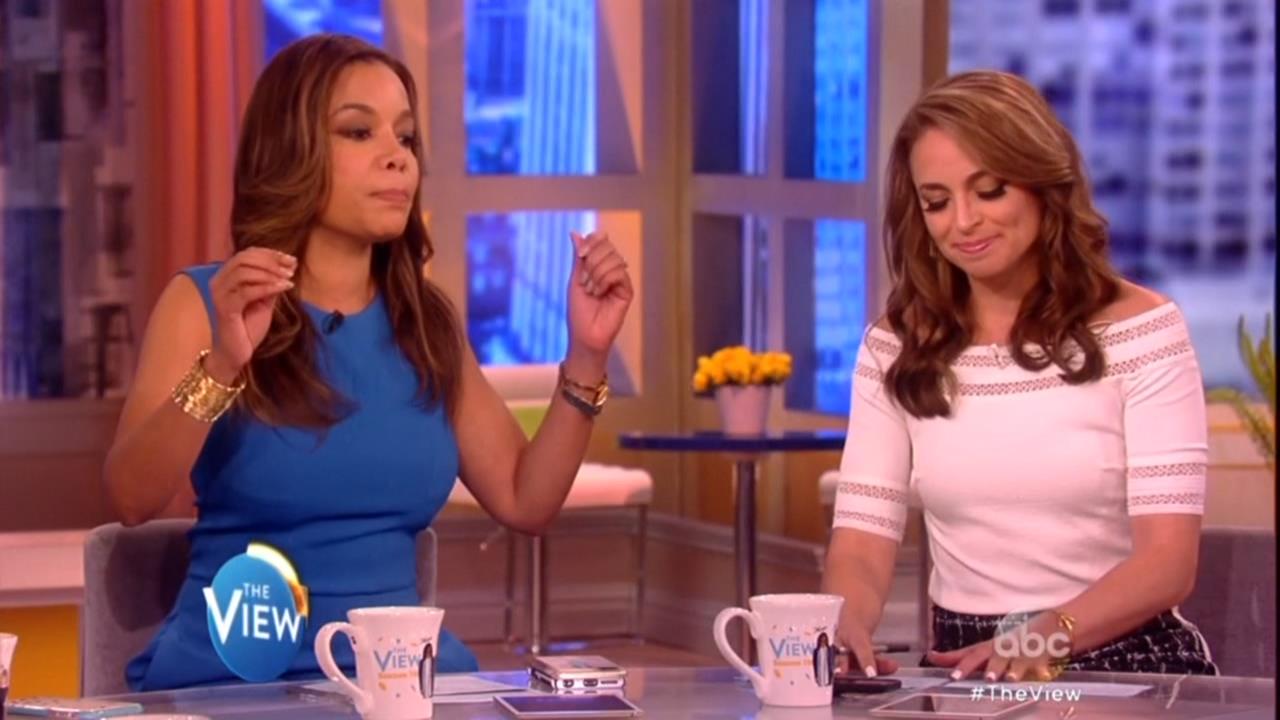 In a segment that seemed to be catered for the Media Research Center today, The View panel argued for half the show on whether or not media bias exists. ABC Senior Legal Correspondent Sunny Hostin was the most vocal liberal panelist who sparred with FNC’s Jedediah Bila who first brought up the topic. Before Bila could even finish her sentence, Hostin jumped in to shake her head emphatically and state that media bias didn't exist. “That’s not true. Only if you watch Fox News everyday,” she added.

The topic first got brought up when the panel talked about Trump’s claim that the election might be rigged. Jedediah Bila brought up that it reminded her of another Republican complaint: media bias. Bila argued that there was indeed a liberal media bias but Republicans should just recognize it and move on. She couldn’t finish her thought, however because the other panelists jumped in to attack her point that media bias even existed.

BILA: This is similar to me when they say well, the media is biased. Yes, the media is largely biased against Republicans, deal with it.

HOSTIN: I don’t believe that.[Shaking her head] That’s not true.

HOSTIN: That’s not true.Only if you watch Fox News everyday.

After cutting to a commercial break, Bila started off the segment by defending the idea that there is a liberal bias in the media.

BILA: It is biased. I accept the premise, what my argument was I accept the premises it was biased. In 2014 there was a poll and they concluded, Politico ran a study on it, 7% of reporters defined themselves as Republican. I think if you look across the media, you have to say, okay, there is a bias. The media tends to go to journalism school and look at academia. The majority tend to tilt left.

Hostin jumped in to condemn Bila’s claim as “very dangerous” before making up a wonky definition of “media bias.”

BEHAR: You mean only liberals go to college?

BILA [to Hostin]: You don't think academia is biased in general?

BILA: No, I’m not saying it’s from the government.

Curiously enough, of all people, Whoopi Goldberg and Sara Haines agreed with Bila that media bias exists. They didn’t agree wholeheartedly about why it exists or how it functions but they both agreed that there was media bias.

Hostin couldn’t be swayed, however. She continued her tirade, saying Bila was “throwing flames out there” by even suggesting that there was a bias in the media.

HOSTIN: This notion that the media is biased--You're, you’re like throwing flames out there.

HOSTIN: True journalists tell a story down the line, true journalists- So the suggestion you're making is the media is biased, it’s dangerous and wrong.

Throughout the whole segment, Bila would repeatedly defend her opinion by qualifying, “I’m not saying every journalist is biased. I work with journalists all day long.” She was simply saying that “media bias exists.”

At the close, right before a commercial, Hostin threw in a final jab at Bila’s employer, Fox News Channel.

BILA: I’d like to see more of what you're describing, though. I would like to see those old school people who came out and you legitimately couldn't --

BILA: But more of them.