11 Minutes Vs. 13 Seconds: Only Grieving Mothers That Support Hillary Matter, According to ABC 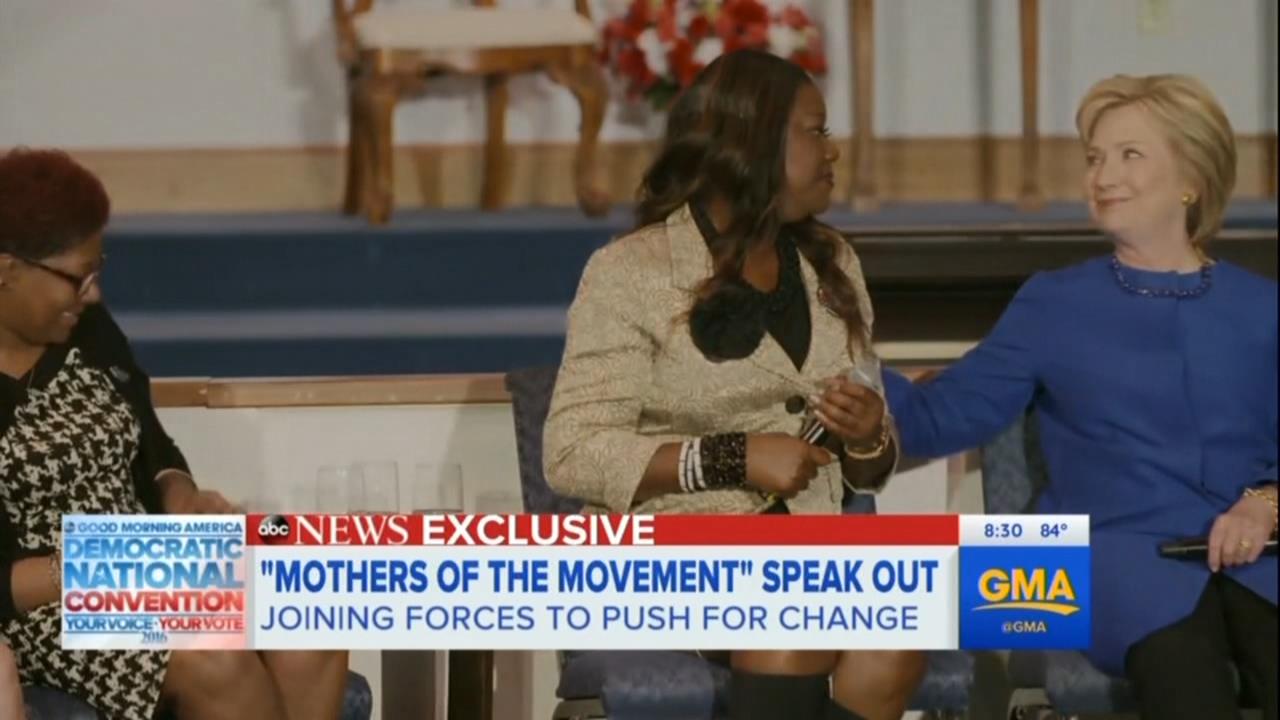 On this morning’s Good Morning America in an ABC exclusive, Robin Roberts spoke to seven mothers of black men who were killed by police, including the mothers of Michael Brown, Sandra Bland, and Trayvon Martin, and why they were supporting Hillary Clinton. ABC gave two separate segments on their morning show totaling 11 minutes and 31 seconds and that was just devoted to the preview of a full interview that will play during tonight’s DNC coverage. But ABC revealed they only find the grieving mothers angle interesting when it serves their own political agenda, by their polar opposite treatment of Benghazi mom Pat Smith during last week’s RNC.

Anchor Robin Roberts’ voiceover hyped the “exclusive” first look of the video that will play during tonight’s DNC, of mothers of speaking up against “widespread gun violence and excessive police force,” while “inspirational” clips of Clinton holding hands in a circle with the mothers and listening earnestly played in the background.

ROBERTS: Moms now standing united with the one person they believe, can make a change. Mothers of the movement. Joining forces to support Hillary Clinton’s campaign.

Our leaders need to be held accountable.” Roberts responds, “And you believe, Secretary Clinton is going to be able to do that as President?” Another mother responded, “She’s the first presidential candidate, that I’m aware of that has just said, ‘This is a national crisis, it has to be dealt with. Our communities and families will never be safe, unless we deal with gun violence in this country.’”

Tell that to Benghazi victim, Patricia Smith. Smith was the mother of State Department information officer Sean Smith, who was killed during the terror attack in Benghazi, has been an outspoken critic of Hillary Clinton over the past few years because of the way she said the State Department run under Clinton, treated her. During the RNC she delivered an impassioned speech, where she directed her target at Hillary Clinton, saying she had outright lied to her, blaming the terror attack on a YouTube video. 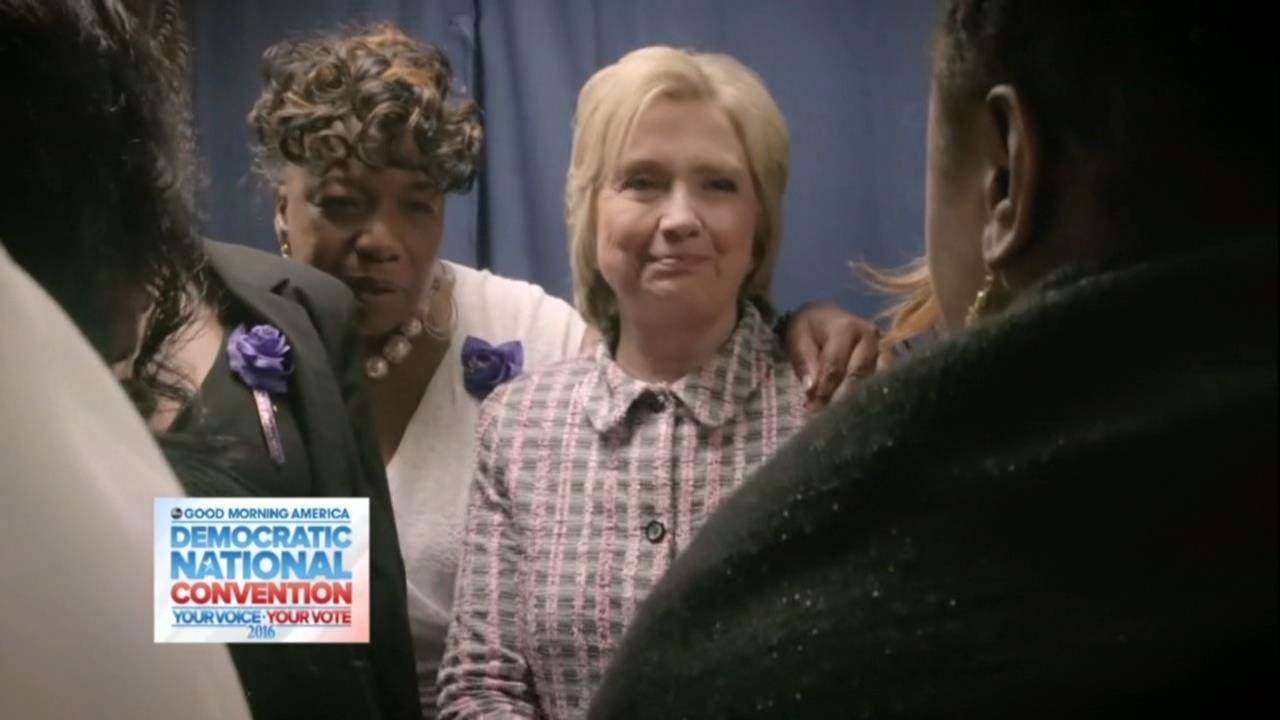 In a terribly ironic exchange, one mother says “Yet while ABC has already given over 11 minutes of airtime to grieving mothers who support Hillary Clinton, ABC only gave 13 seconds to Pat Smith during GMA last week -- and that was after her convention speech, not before. Could it be because she didn’t hold the same opinion of Clinton?

In fact, not only did the networks ignore Pat Smith’s speech at the RNC, with a measly 36 seconds of coverage in total, on-air hosts harshly rebuked it as “dark” and “lowest of the common denominator.” MSNBC’s Chris Matthews even audaciously said it was “wrong” for Smith to bash Hillary at the RNC.

As Newsbusters’ Rich Noyes wrote yesterday, if the media is going to be consistent, reporters should treat Pat Smith with the same respect and attention they have given to Michael Brown’s mother. Any “fact-check”-ing tendencies should be equally placed upon this set of grieving mothers too:

So if Michael Brown’s mother criticizes law enforcement from the podium of the Democratic convention, pundits will need to quickly “fact check” her about the several investigations that found the Ferguson police shooting justified, and dismiss the event as “lowest common denominator stuff” for the Democratic base.