Nothing to See Here! Hostin Defends Clinton: 'There Is No Case'

As The View’s resident lawyer pundit, Sunny Hostin throws around her legal expertise a lot but never so often as when she’s blindly defending Hillary Clinton. The CNN analyst along with co-host Whoopi Goldberg, did her best to defend Clinton against Fox News’s Jedediah Bila on Monday’s morning discussion on The View. After being on vacation for a week, the panel spent the last fifteen minutes of the show discussion last week’s hearing where FBI director James Comey recommended Hillary Clinton not be indicted over her emails, despite her “extreme carelessness.”

FNC’s Jedediah Bila first got the panel arguing by asserting that Clinton lied about sending or receiving classified information. Her record of this has been enumerated multiple times, even by liberal outlets like MSNBC, but Whoopi still had to ask, “Where did she lie?”

JEDEDIAH BILA: I think the problem is though, she lied. Whether or not she got indicted for me --

WHOOPI GOLDBERG: Where did she lie?

BILA: She said I did not send or receive any classified material.

SUNNY HOSTIN/GOLDBERG: That she knew of.

BILA: But she also said that -- 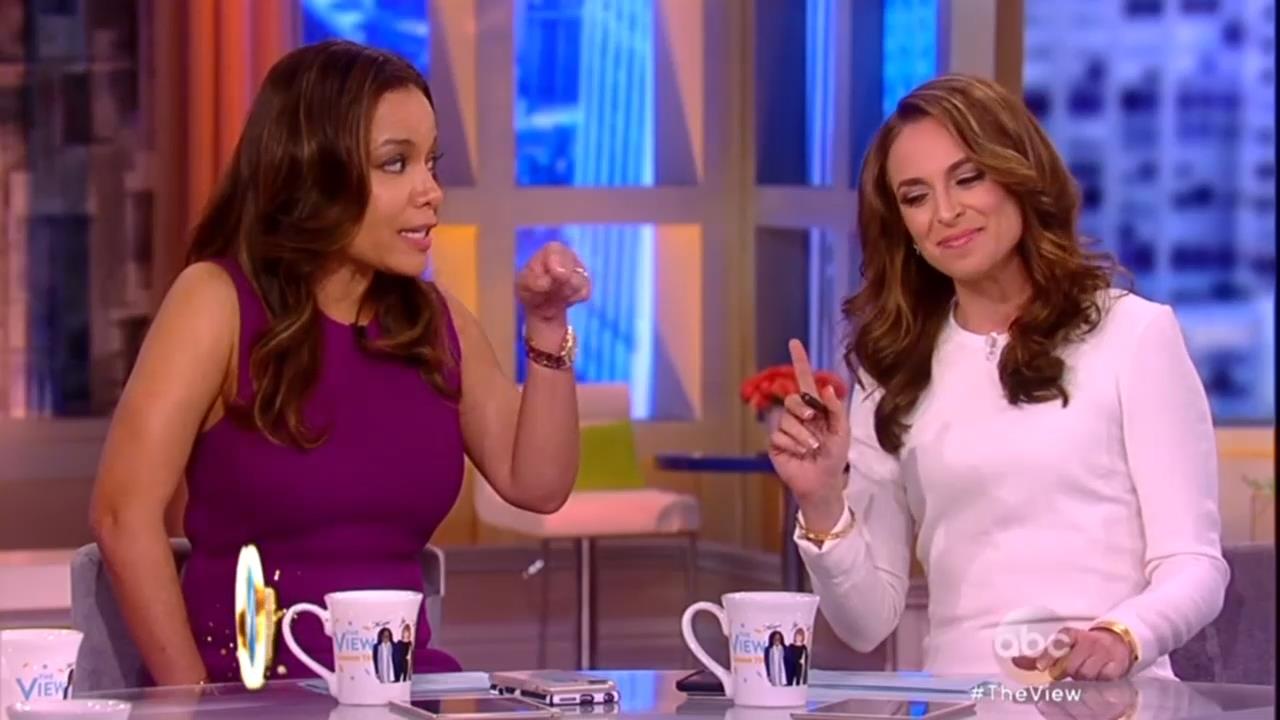 Hostin then began arguing with Bila and took umbrage at her citation of the specific code that Clinton could’ve been charged with, saying that she knew what the code was and Clinton didn’t violate it.

HOSTIN: She has to have known that she did it.

HOSTIN: It’s a specific intent crime, it doesn’t have to be written in.

BILA:The issue for me is not --

HOSTIN: I did go to law school.

Later on, Hostin claimed that Comey was a Republican and that was why the right should just implicitly trust his ruling.

SUNNY HOSTIN: You know, what's shocking to me is that this FBI director is a Republican, he was appointed by President Bush, he --

HOSTIN: W. Bush. He was confirmed by 93-1. This is a guy Republicans should trust and he said there is no issue here. There is no case here.

However, Comey is not a Republican, and if Hostin had actually watched the hearing she would know that. He admitted he was no longer a registered Republican to Democratic Rep. Gerry Connolly during last Friday’s hearing, as relayed by Politico.

Whoopi also did her share in defending Clinton, ending the show by adamantly denying there was any chance that hackers had gained access to Clinton’s server, to which Hostin readily agreed.

GOLDBERG: Here’s the thing. She did not get hacked.

BILA We don't know that.

WHOOPI: Yes, we do. I'm sorry. There's no evidence.

HOSTIN: There's no evidence that she got hacked.

WHOOPI:You wouldn't see that. Because those people who hack. I'm sorry. But you have the United States has IT people. You cannot tell me they don't know when something has been fricking hacked.