The View Friday morning discussed Britain voting to leave the European Union, thereby declaring its own independence. The news br 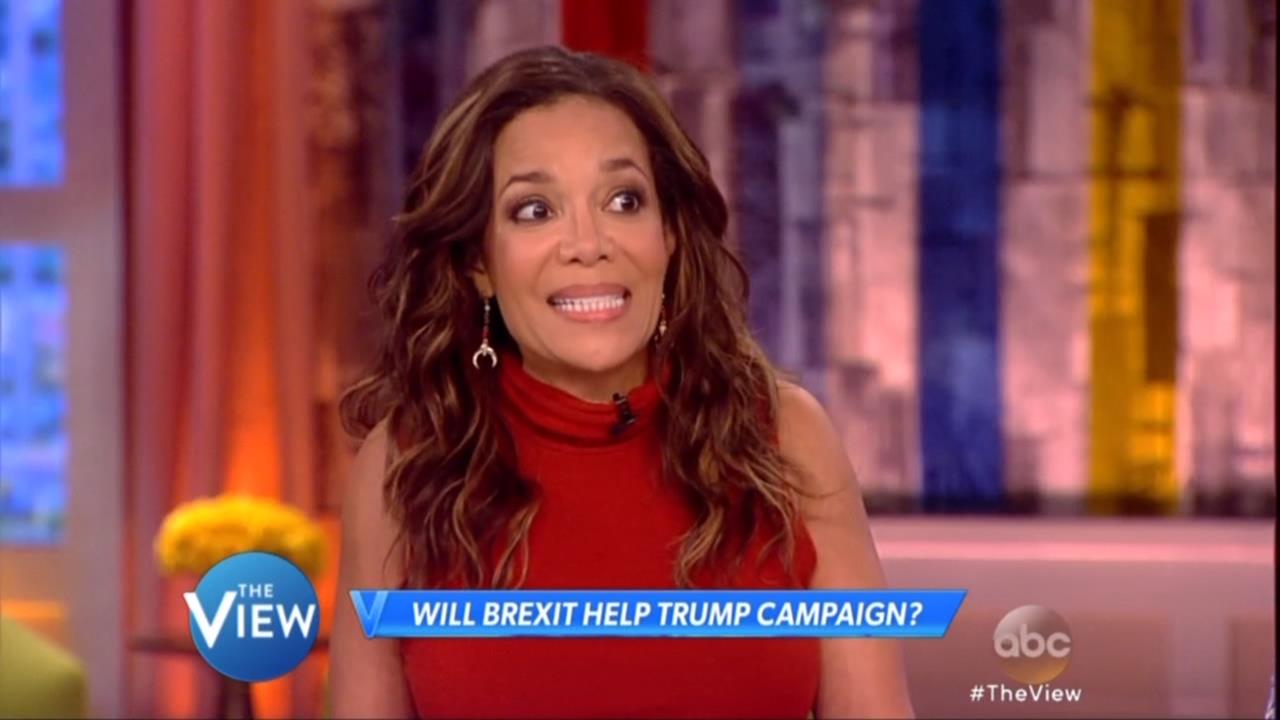 ought shocks of outrage from liberal media worldwide, that even the women at The View felt informed enough to weigh in on. There was no room for nuance at the table, as Joy Behar called the situation, “the whole world falling apart” and CNN’s Sunny Hostin lamented how it was going to be terrible for the U.S. financially. Behar and Hostin then complained further that the whole vote was based on racist and xenophobic Europeans.Because, of course, that seems to be the theme of the day.

The segment began with co-hosts Joy Behar and Sunny Hostin complaining that Donald Trump didn’t address Brexit, playing a quick clip from his visit to Scotland this morning. As FNC panelist Jedediah Bila pointed out, Trump had addressed it, just not in the brief clip they played. But the ladies at The View would not be swayed with facts that even a quick google search could confirm. Behar then moaned, “Why talk about the whole world falling apart when you can talk about a golf course in Scotland?” Sunny Hostin then sparred with Bila over what Trump did or did not say, with Hostin very sarcastically saying to Bila:

HOSTIN:  What he said, was it was an important and they didn't need to talk about. And that is what is so shocking to me we just heard Rebecca Jarvis who said---here in the United States, our 401(k)s are going to get hit. We now know that the pound has tumbled. He actually said, there's nothing to talk about. Do you want that man leading your economy here in the United States?

That’s when the claims of racist and xenophobic Brits came up.

BEHAR: This is about racism and xenophobia, just like it was in the '40s in Europe. It's not that much different.

CNN’s Sunny Hostin then jumped on the racism bandwagon, expanding on what Behar started:

SUNNY HOSTIN: It's really about the migrant crisis and if you look at the vote the way it was broken down people in London, Scotland and north Ireland, they didn't want to leave the union. You got people, citizens of Wales sort of on the outskirts and the rest of England outside of London, voted to leave. And a lot of it has to do with the fact that they don't want immigrants coming into the country and that scares them---

“It's all anger and rage,” Behar agreed.