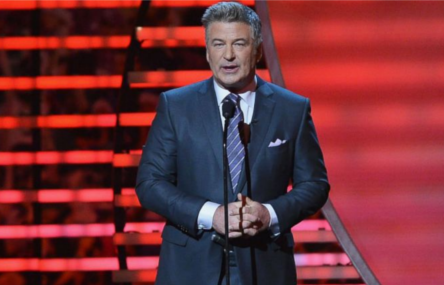 In the latest case of a celebrity exercising their sense of superiority, Alec Baldwin stated that not believing in climate change was “a form of mental illness.” The actor, prone to public fits of anger, has gone off on conservatives before and even made anti-gay slurs, yet the media still welcomed him back with open arms because of his radically liberal views.

In a video released yesterday, Baldwin told an AFP reporter at a climate change conference at the UN:

“There can be no successful climate agreement and no future for our planet without greater protection of the world’s forests,everyone in the room understands this.”

He then offered his medical advice for those who don’t parrot back one ideology.

"And so much of what's coming on now is something that we have to treat as if it's a mental illness. I believe that climate change denial is a form of mental illness."

This isn’t the first time Baldwin has enlightened us with his political commentary. In 2007, sounding like Bernie Sanders, he wrote: “If you don't think there is a link between the weather and Iraq, you are wrong.”