After last year’s destructive riots in Baltimore, Maryland by Black Lives Matter activists, what better choice to lead the city in improving relationships with the police then someone who once called police officers, murderers?

Just before the filing deadline, BLM activist Deray Mckesson joined the mayoral race in Baltimore on Wednesday evening and the national media took note. Maybe that’s because Mckesson was already the media’s appointed spokesman for the Black Lives Matter movement, being featured everywhere from MSNBC to CNN  to C-Span. 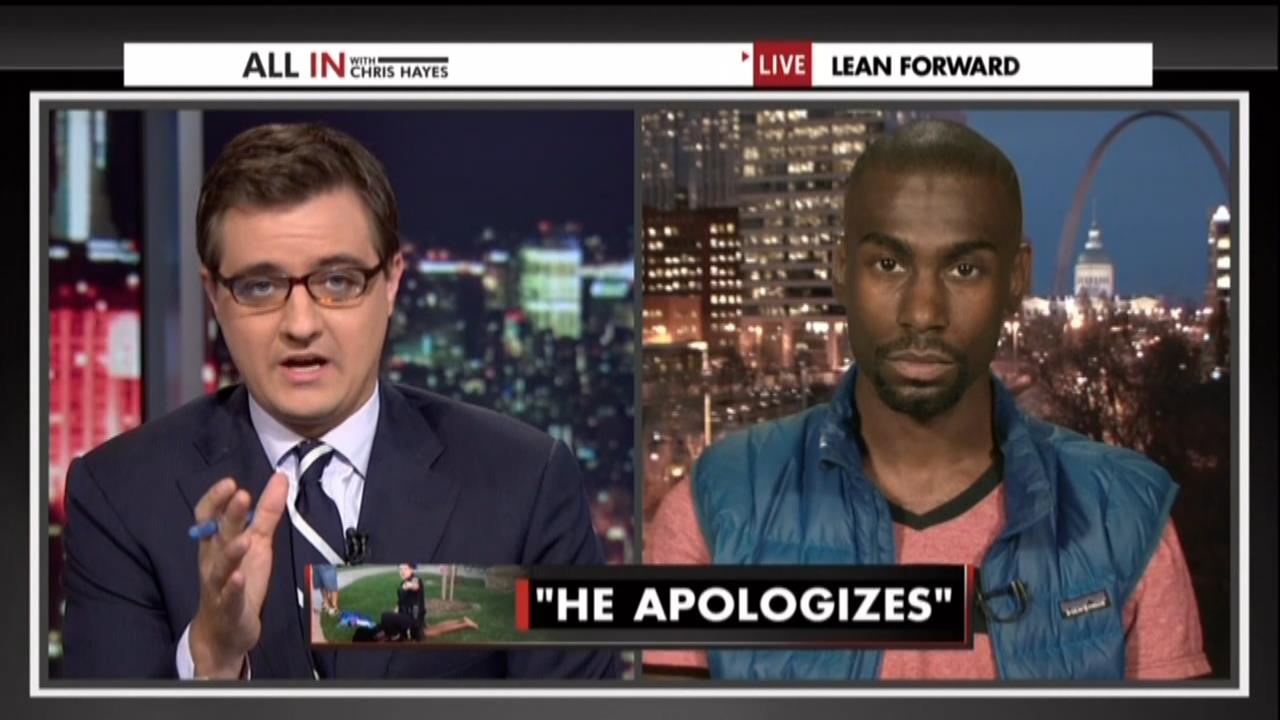 Mckesson first took the national spotlight in August of 2014 in Ferguson, Missouri after the death of Michael Brown. He was interviewed by ABC News and CBS News for organizing a protest against Brown’s death. At the time, ABC described Mckesson as an “out of town protester” from Minneapolis.

Yet when it came to running for mayor in Baltimore, the major media was quick to highlight Mckesson’s close ties to Baltimore. What should’ve been a local news story was highlighted by all the major national media outlets, from the Washington Post, to the New York Times, even NBCNews.com on Wednesday, proving that his run has more to do with the media’s fascination with Black Lives Matter than an interest in local politics.

Maybe that's because, as The Washington Post’s Wesley Lowery noted, McKesson has been a popular contact for media outlets since Ferguson. "[T]here are likely few national reporters or television producers without one of his several cell phone numbers," Lowery wrote.

But Mckesson is not just popular with the media — he has ties high-up in government as well. As NBC News, the Washington Post and New York Times noted, Mckesson is also closely tied with Hollywood and the Democratic establishment, having met with Hillary Clinton, Bernie Sanders and Valerie Jarrett, among others.

Mckesson, who famously started a conspiracy theory that the police department in Waller County, Texas had “murdered” Sandra Bland, likes to highlight his “peaceful protest” approach, but the loaded language he uses when describing law enforcement and race relations reveal he’s anything but a peacemaker.

After being here in Waller County, I'm certain that they killed #SandraBland.

#SandraBland did not commit suicide. She was killed by the Waller County PD.

Mckesson joins a crowded race, with 12 other Democratic candidates running, including disgraced mayor Sheila Dixon, who resigned in 2010 after being indicted on twelve felony and misdemeanor counts, including perjury and theft.

According to The Baltimore Sun, fellow activist Johnetta Elzie will be working on Mckesson’s campaign. Elzie and Mckesson were both nominated last year by Fortune Magazine, sister magazine to TIME, for being two of 2015's “World’s Greatest Leaders.” Well if the media is propping McKesson up with that heavy of a distinction, running a challenging city like Baltimore should be small beans, right?