“You can’t fudge the numbers of the Medicaid cuts,” Joe Scarborough warned in an ominous tone on Wednesday’s Morning Joe. Decrying the “lying” Republicans, he then hypocritically exclaimed, “You slash $750 billion...after you’ve already slashed another $300 or $400 billion in an underlying budget, over $1 trillion in Medicaid cuts, that destroys health care in Trump America.” Following suit in an unsurprisingly toadyish manner, Mike Barnicle, then proceeded to laughably state that,“math is the reality here.”

The line of attack by the liberal media that supposed "cuts" to Medicaid in the Republican health care bill will destroy health care is ludicrous. In reality, there are no "cuts" to anything. The proposal would actually increase Medicaid spending, but at a slower rate over time than under ObamaCare. Furthermore, there is nothing in the legislation preventing our esteemed elected officials from revising such spending as time goes on, so the idea that Medicaid itself will undergo any sort of profound change is unlikely at best. In addition, the MSNBC host ignored the massive expansion of Medicaid that occurred under President Obama's signature law.

JOE SCARBOROUGH: Wrong! And let me tell you why it's wrong and not only because I want to sound like John Mclaughlin there, but also the one thing you can't fudge are the numbers of the Medicaid cuts. You can't fudge them. You can lie if you're Donald Trump, you can lie about whatever you want to lie about. If you're Republicans, and you feel like lying about saying nobody's going t 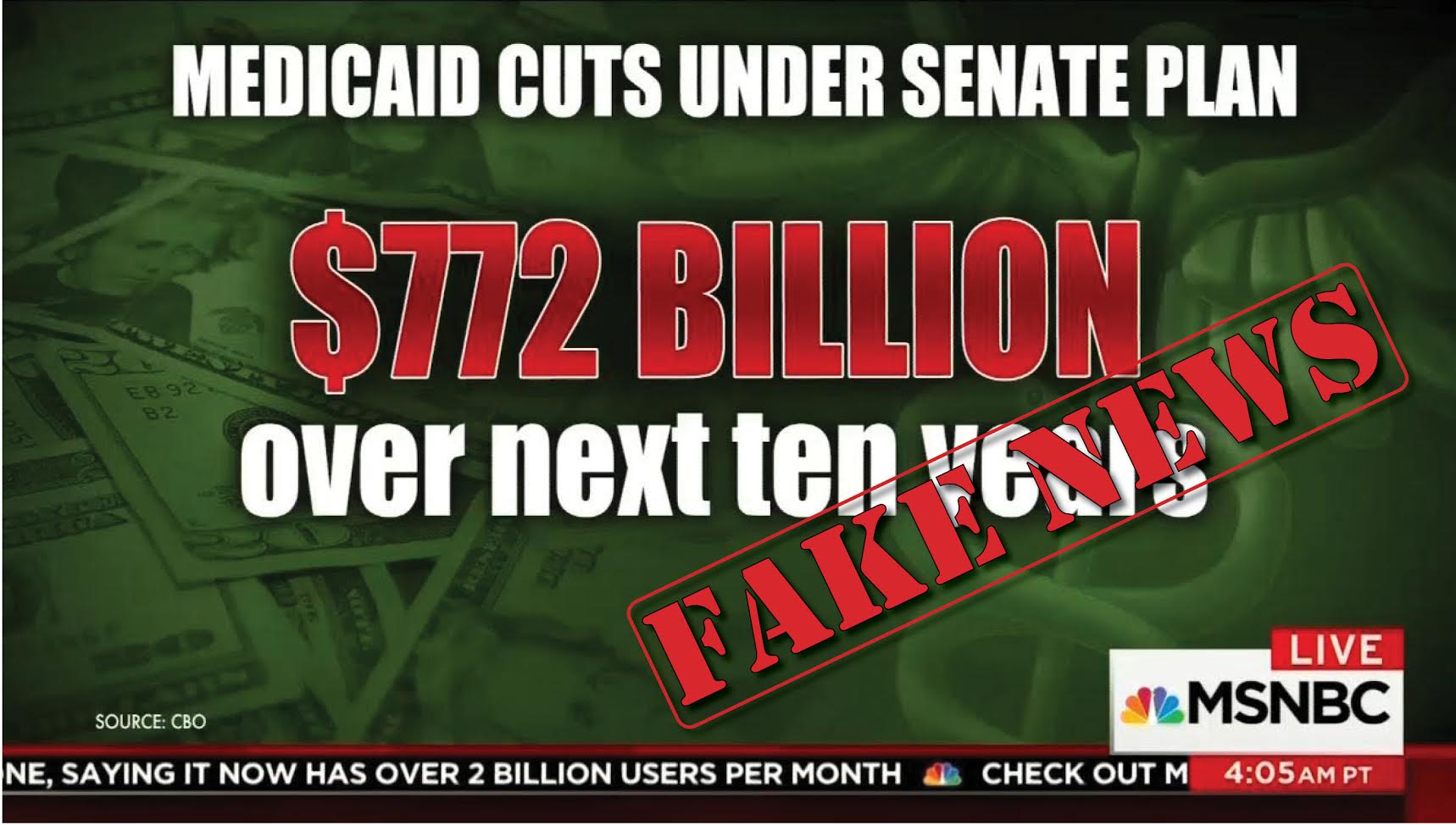 o lose their health care coverage, you can do that, too. But you slash $750 billion, Mike Barnacle, from Medicaid, after you’ve already slashed another $300 or $400 billion in an underlying budget, over $1 trillion in Medicaid cuts, that destroys health care in rural America, in Trump America. We've said it again, let me say it again, not just for the poor. For the middle class and the upper middle class, their parents in nursing home, their children in NICU units, you name it, it devastates health care for half of America.

MIKE BARNICLE: Yesterday we had Angus King on, we just had Chris Murphy from Connecticut on, math is the reality here, that's why it's a 'no' vote in Maine. 8 of 16 counties, the hospitals, the regional hospitals, rural hospitals are the biggest employer. Chris Murphy talking about nursing homes in Connecticut, that’s state after state with these Medicare cuts you’re gonna have to choose between five days of school or four days of school. You’ve got a child a special needs child you’re gonna have to worry what you're going to do with that child because of Medicaid cuts. You’re gonna have to worry about, hey, do I get the Castro pullout couch for grandpa because he’s coming home from the nursing home with Medicaid cuts.

Duplicitous math and reasoning serve as prime examples of everything that is currently wrong with the state of the media in America today. When a news person accuses an elected official of lying and supports it by telling his own lies, he not only undermines himself, but also any possible merit that his arguments may have possessed on their own.

Today’s Morning Joe was brought to you by Booking.com, Liberty Mutual, and La Quinta Inn & Suites.