File this under "WWJD FAIL."

It's one thing for a sainted icon of the secular Left like Keith Olbermann to wish perdition on a controversial American televangelist, but a Christian preacher?

Yet that's exactly how Huffington Post religion editor and ordained American Baptist minister Paul Raushenbush went off on Pat Robertson for his controversial "pact with the devil" remarks about this week's devastating Haitian earthquake in a January 13 blog post:

Haiti is suffering, and the only response from Christians and other decent human beings is compassion, love, and all the concrete support we can supply. [...] Instead, Pat Robertson opined on his TV show, the 700 Club that this happened because, in order to gain liberty from the French, Haiti (read: black people) made a pact with the Devil. [...]  Go to Hell, Pat Robertson -- and the sooner the better. Your 'theological' nonsense is revolting. Don't speak for Haiti, and don't speak for God...

Raushenbush's anger is understandable, but in the midst of bellowing his condemnation, the HuffPo religion editor seems to have forgotten the imperative Christians have to watch themselves when calling someone on the carpet for sin:

Brothers, if anyone is caught in any transgression, you who are spiritual should restore him in a spirit of gentleness. Keep watch on yourself, lest you too be tempted. [Galatians 6:1]

Robertson is just plain wrong, true, but shouldn't Raushenbush's aim be to urge him to publicly repent and recant, rather than to coarsely dismiss him as someone who should just "go to Hell"?

After all, another preacher by the name of Paul once eloquently urged Christians to:

Put on then, as God's chosen ones, holy and beloved, compassionate hearts, kindness, humility, meekness, and patience,  bearing with one another and, if one has a complaint against another, forgiving each other; as the Lord has forgiven you, so you also must forgive. [Col. 3:12-13]

Not a sermon, Rev. Raushenbush, just a thought. 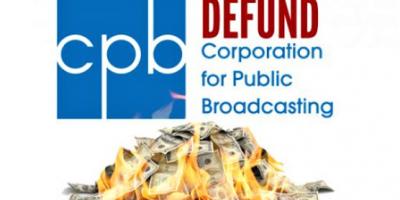