Can Planned Parenthood get any classier?

On Independence Day, Planned Parenthood Action ignited its own fireworks by sharing a picture of Lady Liberty -- but replaced her traditional tablet with birth control pills. With a shout-out “to liberty and justice for all,” Planned Parenthood tweeted: 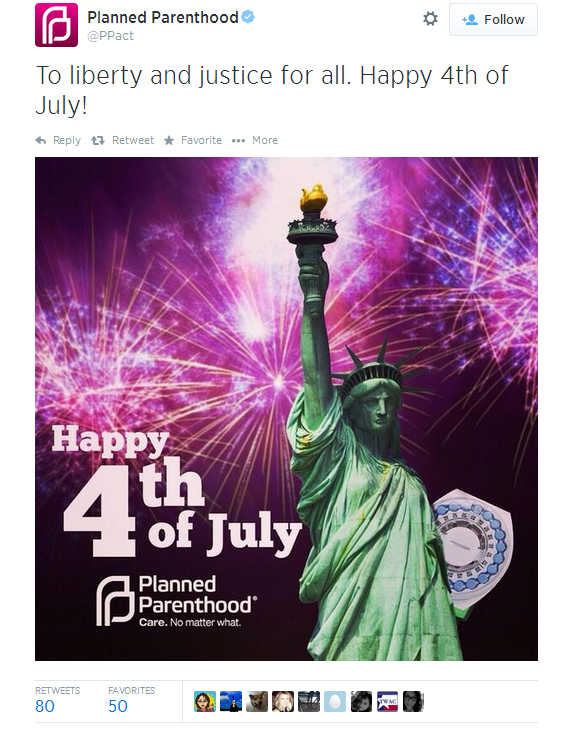 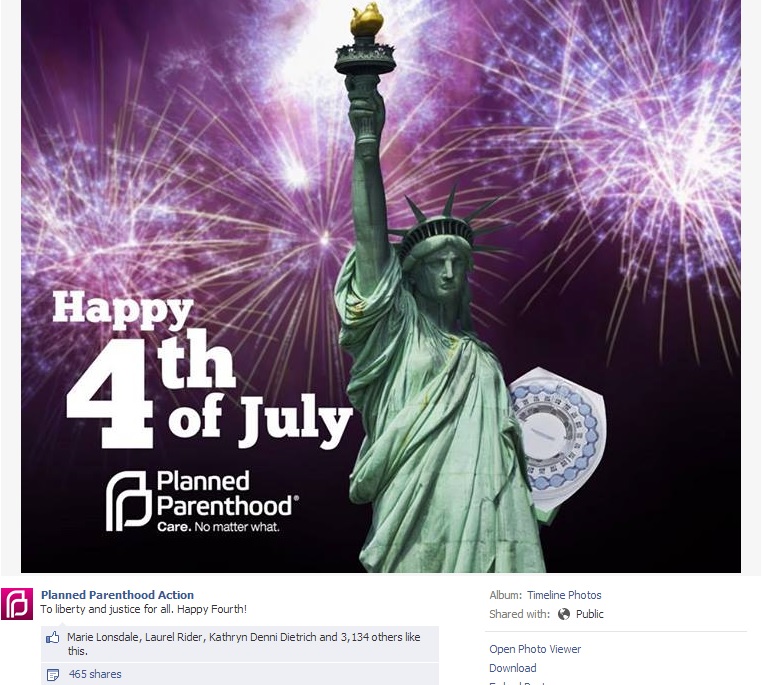 The organization’s message came after the recent uproar over the Supreme Court’s decision that for-profit company owners with religious objections to providing coverage for abortion-inducing drugs could be excluded from the Obamacare Contraceptive Mandate.

Taking to Facebook, Twitter and Tumblr, Planned Parenthood sent an additional “Happy 4th of July” message as a reminder for safe sex: “Whether you’re watching fireworks outside or making them in the bedroom, stay safe!”

Nice to know this is how Planned Parenthood translates “liberty and justice for all.” But then, the organization constantly devises ingenious social media campaigns, including the introduction of U.S.A. soccer team goalkeeper Tim Howard as a “sperm goalie.”