The last time I covered an “exclusive” Hillary Clinton interview on Hispanic media, I found it to be so fawning as to be "...practically a Hillary campaign commercial." After watching Univision’s Arantxa Loizaga recently-aired Hillary lovefest from San Antonio, though, it appears I may have spoken far too soon

Loizaga’s full interview was incredibly brief (at less than 5 minutes), and practically devoid of any substance. At no point during the interview were there questions containing the words “email” (other than to play off of Bernie Sanders’ “damn e-mails” reflection at the debate), “Benghazi”, “server”, or “Russia”…but that’s par for the course. 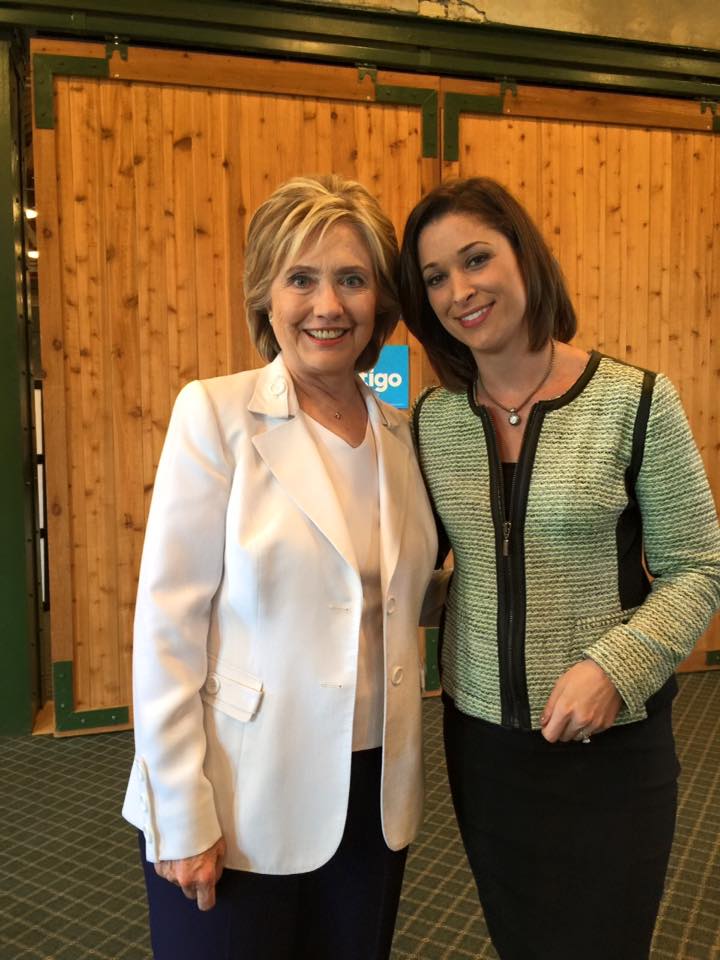 Clinton couldn’t even be bothered to give a straight answer on the most rudimentary of tee-ball questions, as evidenced by her non-response to a question about food. Mexican, Tex-mex…whatever. However, this interview plumbed new lows – being so weak that it didn’t even include a question on immigration, which is hard to believe given the topic’s centrality to Univision’s news coverage.

The purpose of Loizaga’s softball session appeared to be threefold. The first purpose was evidently to sell Clinton as having won the Democratic field’s opening debate by a mile. Second, to sell Clinton as the champion of Hispanics, with all the requisite empathies and common ground. Third – and clearly most important –  to use HUD Secretary Julian Castro's endorsement of her candidacy as (a): a means to sell the notion that Clinton can, in fact, reconstitute the Obama coalition and (b): to potentially ice Vice President Joe Biden.

Jorge Ramos was instrumental in helping sell the third point. An interview of a presidential candidate for broadcast on Ramos’ weekly Al Punto program would normally fall under the purview of Univision’s star anchor and chief racial demagogue, but an earlier disclosure of a potential conflict of interest has moved him slightly off the Hillary Clinton beat.

However, that didn’t stop Ramos from subtly pre-framing the interview. Recall Ramos’ post-debate interview of DNC chair Debbie Wasserman-Schultz and its “diversity” non-sequitur, and consider its timing vis-à-vis the Castro event. Ramos will still find a way to stir the pot, conflict or not.

The interview made no news whatsoever, but it did serve its purpose, which was to sell Clinton-Castro 2016 to the network’s viewers.

One last thing: the hardest thing about pandering is getting your stories straight. Compare Clinton’s response on having Hispanic friends below with what she said just a few weeks earlier to Telemundo -

HILLARY CLINTON: I wanna stand with and fight for the Hispanic community across our country because I know-- I-- I-- I have known people who were-- working in the fields near where I grew up in Chicago and their children through my church when I was just a young girl.

Which is it? Did she know Hispanics from childhood or since she was in her late 20s? file that under “if she were a Republican."

Below is the transcript of relevant portions of the referenced interview, which aired on Univision’s Al Punto on October 17, 2015.

HILLARY CLINTON:  I love being in San Antonio.  I first visited this city so long ago when it was a much smaller, sleepier place.  But I’ve always loved the atmosphere, the culture, the food, you know, the music, everything about it.  And I’ve made friends that have lasted a lifetime from here.

HILLARY CLINTON:  Oh listen, anything that I can get that has, you know, both Mexican and Tex-Mex, and you know, you just put me down and I’m ready.

ARANTXA LOIZAGA:  Do you still get nervous when a lot of people are here waiting for you, expecting to hear your speech?

HILLARY CLINTON:  I do. I mean today the crowd so big and so enthusiastic.  And I get a little nervous because everybody’s there.  Because they want to cheer me on, but they also want to hear what I say, because they want to make sure that, you know, as President I’m going to really listen to them.  And I’m going to try to help them with their problems.  I do get a little nervous.  Because I want people to know how hard I’ll work, and how I’ll do anything I possibly can as President to meet the needs they face as family members, as employees, and employers.  And then you get out there and it’s just so overwhelming, you just can’t believe the energy that’s coming at you.

ARANTXA LOIZAGA:  Secretary, we noticed that while you were talking we had some protestors outside.  How do you deal with that?  Because it must be very difficult as well.

HILLARY CLINTON:  Not anymore.  I just ignore them.  Because they have a right to protest.  They don’t have a right to disrupt an event that thousands of people have been looking forward to, and working on, and who are now listening to me.  So I mostly just keep talking, because usually I’ve got a stronger microphone. And I just keep talking.  And what happens most times as it did here, is the people who are there in the audience to hear what I have to say to decide, you know, what I’m going to do as President, you know, they just basically shut the folks down.  Because, you know, it doesn’t make any difference to them.  They want to know what I’m saying, so that they can, you know, form their own opinions.

ARANTXA LOIZAGA:  Reflecting upon the debate.  A lot of media, the standard media were able to say, you were the winner.  When Bernie Sanders said, enough about the e-mails, enough about the controversy, and you smiled.  What did you feel?

HILLARY CLINTON:  Well, I felt, thank you Bernie.  And I told him that.  Because that’s what people have been telling me for weeks.  And what he said so well, enough about that.  Let’s talk about how we make college affordable.  How we get wages to rise.  How we get equal pay for equal work for women.  All of the issues that people in the crowd today asked me about.  So I thought it was great, because he was reflecting what he’s hearing out there, and it’s exactly what I’ve been hearing.

ARANTXA LOIZAGA:  In one of the reviews about the debate, they were saying you are the winner.  You were the winner in her eyes though, a reporter from the Washington Post.  She tried to compliment you by saying, you are the man amongst boys.  But then I thought, that’s contradicting everything that you stand for, which is female equality.

HILLARY CLINTON:  Right.  Well, but I think, unfortunately there still are stereotypes.  And even smart people can get perhaps, caught up in them.  And what I want to do is represent to women and girls, as well as men and boys, that a woman, a mother, a wife, a grandmother can be standing on that same stage, and be judged on what I have to say as a woman.  So I think it’s great that people have written so positively about my performance at the debate.  But I want them to say, this is what a woman running for President of the United States looks like, sounds like.  That’s what I want to hear.