No, Jorge Ramos Does Not Represent All Hispanics

When Jorge Ramos trolled Donald Trump’s press conference in Iowa, he clearly did so with the intent to initiate a confrontation. By his own co-anchor María Elena Salinas’ admission, Ramos was there to “question, denounce, and expose”.

His acts were not of journalism, but of agenda activism. The undisputed fact is that Jorge Ramos asked no questions when he addressed Trump, launching instead into a series of direct attacks against Trump’s immigration proposals which resulted in his expulsion from the event. This fact plainly belies Ramos’ fundamentally dishonest defense, which is that he was kicked out of the presser for asking tough questions.

Univision (and other Hispanic media) quickly rallied around Ramos, and cast the flap as an attack against all Hispanics. Latino entertainers (many of whom share Ramos’ politics and need to foster good relationships with Univision as a gateway to the lucrative Mexican market) quickly spoke out in Ramos’ defense.

But major pushback is emerging in social media and in the public square; not from Trump supporters, but instead from everyday Hispanics from all origins and all walks of life who object to Univision’s assertions of cultural and political hegemony and oppose its editorial “Agenda Latina."

Jorge Ramos certainly does NOT represent Hispanics who believe in a sane immigration system that prioritizes secure borders first and critical national needs over the wants of Big Business, Big Labor, Big Politics and Big Church. He appears to despise these Hispanics, and joins in the destruction of those among them who hold these policy positions and seek or achieve higher office (Recall the War on Marco Rubio of 2011).

Jorge Ramos certainly does NOT represent Hispanics who believe in our fundamental right to keep and bear arms as memorialized in the Second Amendment. He seeks to undermine this essential civil right, at every possible turn. 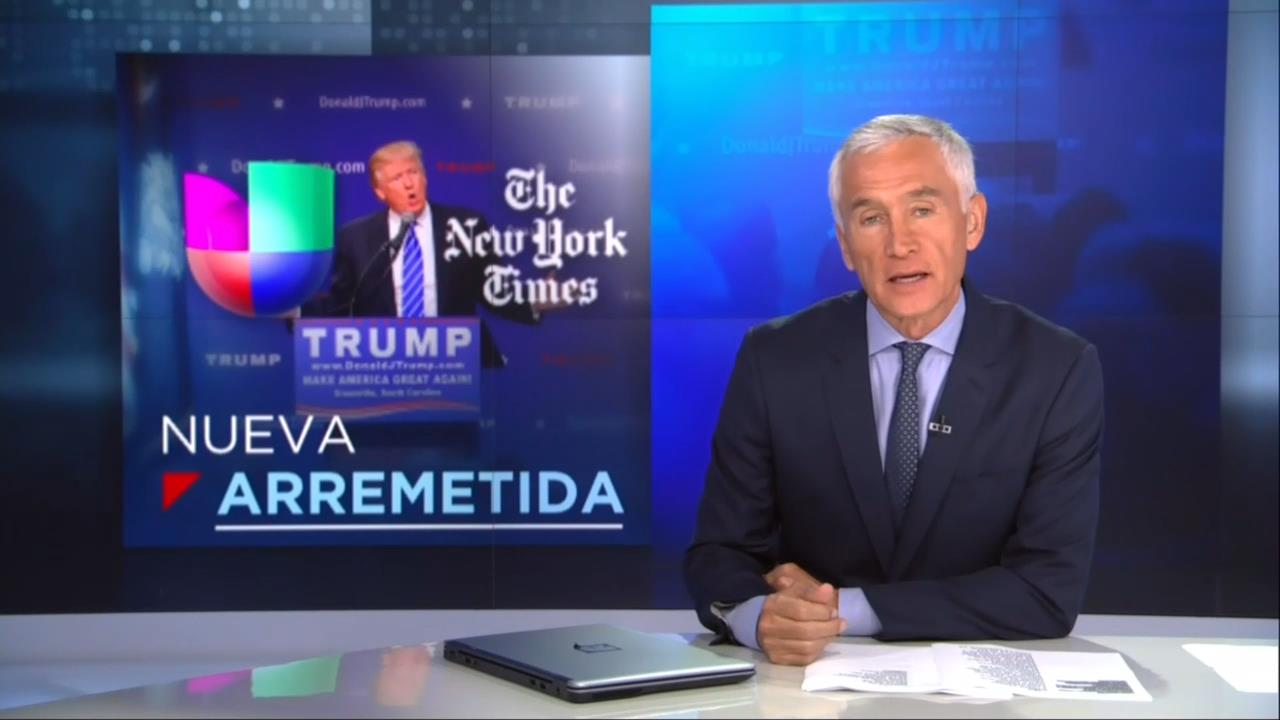 Jorge Ramos certainly does NOT represent Hispanics who oppose the Obama administration’s reckless and dangerous deals with murderous regimes in Havana and Tehran. In fact, Ramos actively shills for BOTH, cheering the Cuba deal as a new approach - and parroting the administration’s duplicitous strawman arguments in support of the Iran deal.

Jorge Ramos certainly does NOT represent Hispanics who believe in the sanctity of life in the womb, and who are horrified at Planned Parenthood’s for-profit butchery of human beings. In fact, Ramos appropriated their “fetal tissue” whitewash language during a recent interview of socialist Senator Bernie Sanders.

Jorge Ramos does NOT represent Hispanics whose faith compels them to believe that marriage is between one man and one woman, and who believe in free-exercise exemptions for employment and public accommodations. This much he also made clear during a recent interview of Senator Ted Cruz.

Jorge Ramos does NOT represent Hispanics who do not fall in line with a Latino ethno-political construct that evidently demands fealty to Mexico and/or “La Raza” above all else. Those who do not go along with that over-arching construct get the malinche (race-traitor) treatment, if any at all.

It is, perhaps, in the manifest best interests of the political Left and its media enablers to suggest that Jorge Ramos is a Moses-like figure that will lead Latinos to glory, and that any pushback against his agenda-driven inquisition of dissenters is somehow an attack against all Hispanics. Convenient, but certainly not true. Far from it, Jorge Ramos is a demagogic race activist masquerading as a journalist, with a partisan axe to grind.

Jorge Ramos does not represent me. Nor does he speak for the Hispanic community.