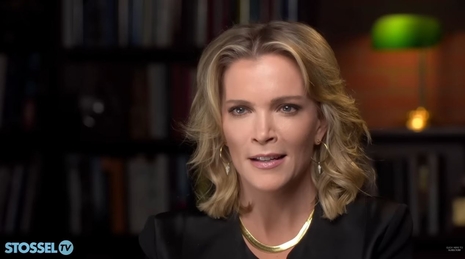 Today, big media has an agenda. Fox and most talk radio push right; most other media spin left.

For a long time, leftists pretended this wasn’t happening. In 36 years at CBS and ABC, none of my colleagues admitted leaning left. There were only “facts” versus “narrow-minded conservatives.”

Then Bernie Goldberg’s book “Bias” came out. The book is dead-on accurate, and a huge bestseller, but my ABC peers wouldn’t even read it.

Soon after, annoyed by my wish to cover failures of big government, ABC dropped me as “20/20" co-anchor.

My new Fox News bosses didn’t like my libertarian arguments either, but they never stopped me from making them. They let me argue that America should allow more legal immigration, stop policing the world, end the drug war, etc. Conservatives were still nice to me in the hall.

There I befriended Megyn Kelly. She seemed neutral politically. But when she got a prime-time show, she made it clear she found some leftist opinion just silly.

That’s when the envy and hatred came out.

As her friend, it was ugly watching it happen.

Trump then took to the media -- including Fox -- to say, “I have zero respect for Megyn Kelly” and, “She had blood coming out of ... “

What I didn’t know until I interviewed her this week is that there was also blowback from our Fox boss, Roger Ailes. He told Kelly not to be so hard on Trump.

“He was scared,” she says in my new video. “He was losing a portion of the Fox News base to people who felt Fox wasn’t being fair to Trump.”

Then, when Ailes got embroiled in a sexual harassment scandal and Kelly didn’t leap to his defense, Fox’s nasty “media relations” department came after her.

“They would cut you,” says Kelly, meaning they would spread dirt on their own reporters.

Still, she says, “They look like absolute teddy bears compared to where else I’ve been.”

“Where else” she’s been is NBC, where she moved after Fox.

That’s when we saw how stupid and vicious the leftist media can be.

Because Kelly was pretty and successful, other reporters, especially women, hated her. Because she once worked at Fox, she was “evil” and fair game.

News shows like “60 Minutes” win awards for interviewing despicable people, but now the media claimed that it was “horrible” for Kelly to interview Jones.

After Kelly interviewed Putin, “The Daily Show’s” Michelle Wolf sneered, “Seeing someone so conniving trying to manipulate the American public was disgusting ... I’m not talking about Putin, I’m talking about (giggle) Megyn Kelly.”

Then, shortly before Halloween, Kelly, after she asked a question about dressing in blackface, said, “When I was a kid, that was OK.” Her NBC guests nodded in agreement.

But the media pounced on Kelly.

Her comment was “jaw-dropping,” said a column in The New York Times.

Lefties like Behar and Jimmy Kimmel had actually worn blackface, but Kelly was vilified just for asking a question about it.

The next day, nearly in tears, she apologized.

The following day, NBC fired her.

Now she tells me: “The leftist media and the woke left are the most insufferable people we have.”

She’s free to say things like that today because she’s her own boss. Kelly now has a popular podcast that runs on SiriusXM.

“I’m totally un-cancelable,” says Kelly. “That was my only mission in coming back into our business.”

She calls most of the media “stupid, uninformed ignoramuses” and is upset that they “are the ones driving our national discussion.”

I agree. I’m glad that more people now can get another side of the story from independent journalists like Kelly.

And ... me. At Stossel TV, I bring many points of view together for civilized debate. I don’t shout anyone down. Even when I disagree, we let them have their say.