Last week, the Center for Medical Progress released a damning undercover video in which a senior official at Planned Parenthood discussed the organization’s practice of manipulating an abortion to salvage baby parts to be sold for medical research, but ABC, CBS, NBC, and CNN all ignored the story during their Sunday morning political talk shows (ABC's This Week, CBS's Face the Nation, CNN's State of the Union and NBC's Meet the Press).

Fox News Sunday was the only one to cover Planned Parenthood during its broadcast, and devoted more than seven minutes to the controversial video.

Instead of covering Planned Parenthood, the four shows spent more than 50 minutes on Donald Trump attacking John McCain’s military record and the likely political fallout tied to his remarks.

On Fox News Sunday, moderator Chris Wallace called the undercover video “explosive” and it’s “horrifying to watch that doctor sitting there sipping her wine, eating her salad while she talks in these terms.”

Heritage Action’s Michael Needham was much more blunt in his reaction to the Planned Parenthood video as he stressed “this is what happens when you have a culture that says life is not intrinsically valuable.” In fact, Needham argued that this video was so horrifying that it may cause some pro-choice advocates to reevaluate their support for Planned Parenthood:

I think it's going to cause a lot of pro-choice people to say you know what this is not what I signed up for and re-evaluate this because it's horrifying, both the Gosnell story and what we see here. It's horrifying what happens when you don't accept the premise that life isn’t intrinsically valuable.

Fox News’ Brit Hume argued that, like Gosnell, this video “demonstrates a callousness toward the killing of a human life that is I think a product of the abortion culture and where it has taken us. That was true also Gosnell to an even more revolting extent. And I think that's the problem. It raises a deeper moral question about where all this is taking us.” 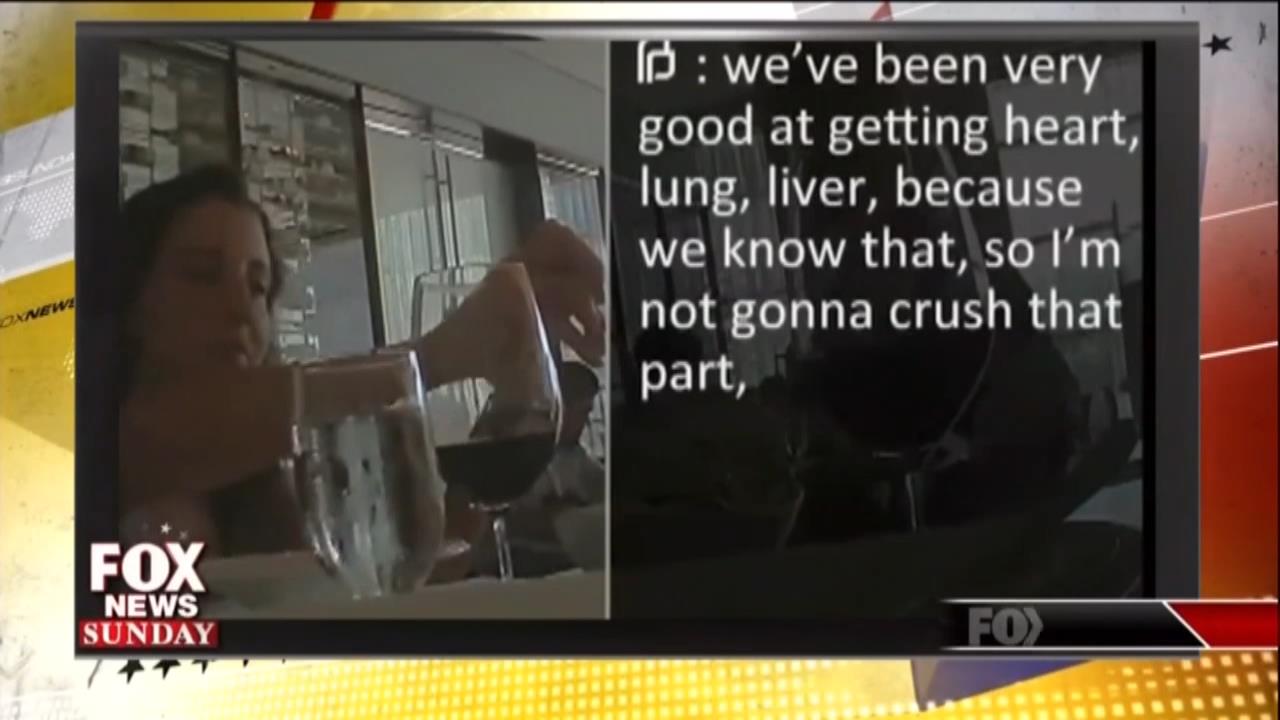 Even Julie Pace of the Associated Press was horrified by the graphic details in the Planned Parenthood video and noted how the Obama administration has done its best to “keep some distance from this. I mean, they do not want to weigh in on this in a robust way.”

While Pace did claim that in the past Republicans have gotten into trouble when discussing abortion this “horrific” video “could have broader appeal and might allow them to bring the abortion debate up in a way that would be better for them frankly politically.”

Although the Obama administration has been hesitant to weigh in on the Planned Parenthood controversy, Needham suggested that this latest video could cause the company to lose its federal funding:

CHRIS WALLACE: That's a clip of an explosive undercover video that was released this week showing a top doctor at Planned Parenthood talking in graphic detail about collecting fetal tissue for scientific research. And we're back now with the panel. This is a big topic that just exploded after this video came out. Michael, The National Institutes of Health spent $76 million last year on research involving fetal tissue testing drugs, testing ways of combating diseases. It's obviously horrifying to watch that doctor sitting there sipping her wine, eating her salad while she talks in these terms. And I understand that you're against abortion period. But taking that out of the debate, given the fact that they say they're not profiting here, what's wrong with what's going on?

MICHAEL NEEDHAM: Well, it's not true that they're not profiting here. There were pamphlets given to Planned Parenthood clinics that specifically use the word profit in terms of encouraging them to accept this. Look this is what happens. It’s not just the Planned Parenthood issue.

NEEDHAM: Yeah, the pamphlets encouraging the Planned Parenthood clinics to engage in this activity specifically use the word profitability and profit to the clinic to doing it. Look, it’s not just Planned Parenthood. Look at what happened with Gosnell with scissors being used to snip the backbones of children that had been delivered already.

And this is what happens when you have a culture that says life is not intrinsically valuable and I think it's going to cause a lot of pro-choice people to say you know what this is not what I signed up for and re-evaluate this because it's horrifying, both the Gosnell story and what we see here. It's horrifying what happens when you don't accept the premise that life isn’t intrinsically valuable.

WALLACE: Congresswoman Harman, the doctor is clearly talking in that thing about I can crush it above and below. That's manipulating an abortion, manipulating the fetus in abortion, which is flatly illegal and even though Planned Parenthood may or may not, they say they’re not profiting, the tissue middleman that they give the tissue to clearly is.

JANE HARMAN: Well full disclosure, I served on the board of Planned Parenthood Los Angeles for two years and that board was full of fairly well-known Republicans and Democrats. That’s been its history for a hundred years. It's been bipartisan. And I support Roe V. Wade, and I know we have a disagreement about that. But we're not talking about that. I think Cecile Richards, the president of Planned Parenthood, did the right thing by condemning the tone and content of that video. There's some issue about whether that video was doctored and whether that's exactly the way it happened.

WALLACE: She said those words.

HARMAN: But I agree I do not support and will never support any manipulating of tissue in that circumstance. But let's understand, too –

WALLACE: You do agree that's what she was talking about?

HARMAN: Well, it does sound like it. And I don't know what the middleman earned but I would point out too that research done with fetal tissue that is voluntarily given can really help with Alzheimer's and a lot of diseases that we don't have cures for. 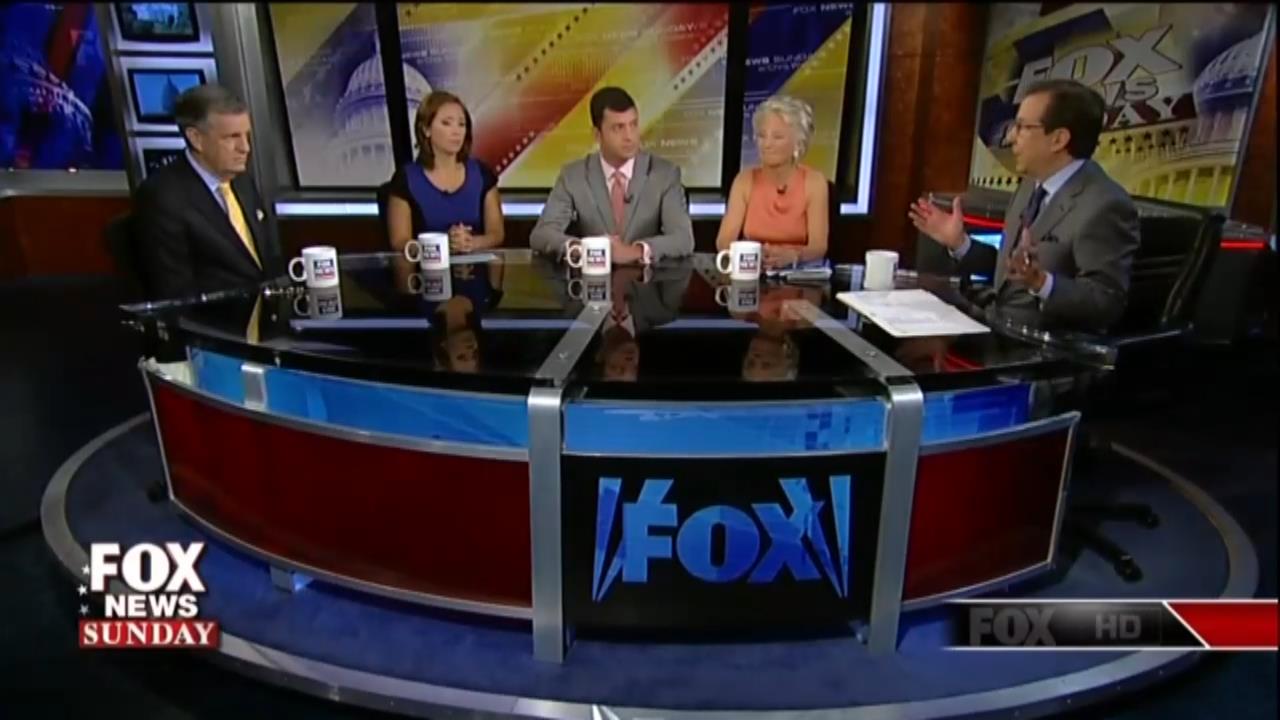 WALLACE: As you pointed out, the video was so shocking that the head of Planned Parenthood released this statement.

CECILE RICHARDS: Our top priority is the compassionate compare that we provide. In the video, one of our staff members speaks in a way that does not reflect that compassion. This is unacceptable and I personally apologize for the staff member's tone and statements.

WALLACE: Brit, is that the problem here? The staff member's tone?

BRIT HUME: Well, and statement she said. The content is the problem as has been pointed out here and whether Planned Parenthood profits directly, it certainly participates in the traffic in these fetal body parts. And the manipulation of the fetus so that you protect the saleable body parts is obviously a part of it and obviously the tone particularly the chomp and then you can get this much for a liver.

It demonstrates a callousness toward the killing of a human life that is I think a product of the abortion culture and where it has taken us. That was true also Gosnell to an even more revolting extent. And I think that's the problem. It raises a deeper moral question about where all this is taking us.

WALLACE: I can tell you, I did a story about this, we both worked at ABC, on 20/20 back in 2000, it didn't involve Planned Parenthood but it did involve these private companies that were going to abortion clinics, independent abortion clinics, and encouraging them to produce, to harvest fetal parts which they then would sell. And they had a whole menu of you can get this much for a liver, this much for a heart. However you feel about abortion, Julie, it is horrifying.

JULIE PACE: It really is. And to bring this to politics and Washington, you’ve sees from the White House an effort to try to keep some distance from this. I mean, they do not want to weigh in on this in a robust way.

WALLACE: I was going to ask you, did this this week, I know there is a lot of stuff going on—

PACE: There was a lot going on.

WALLACE: But did this gain any traction at the White House?

PACE: It really didn't. The only thing we heard from the White House was one statement in the briefing on Friday where the press secretary basically said things that were in line with the statement we saw from Planned Parenthood and said that they don't have any knowledge of the practices. I think from the Republican perspective what you're seeing and this touches on Michael's point to some degree, Republicans have had some trouble in recent years talking about abortion.

They've said things that have been off putting to a lot of women to a lot of voters and they see this video and the horrific nature of what's being described here as something that could have broader appeal and might allow them to bring the abortion debate up in a way that would be better for them frankly politically.

WALLACE: Talking about the political aspect of this, as soon as this video broke, we not only asked for comment, Fox News, from Republican candidates, we also asked Hillary Clinton. Her campaign has refused to give us any statement on this. How potentially troubling could this be for her particularly as she’s talking about being the exemplar of women.

PACE: Sure. I don’t think she’ll be able to avoid talking about it forever. And again, this gets to the point that Republicans are making which is that this is something that should be appalling not just to people who are pro-life but also to all Americans.

HARMAN: Well, I think that would be tragic. I think Planned Parenthood is a non-partisan organization. I think this is an extremely dreadful and unfortunate event for which the president has apologized. But I think fetal research properly done, unexploited is essential to curing diseases in the future.

WALLACE: And how briefly would you respond to that?

HARMAN: I just disagree. I think it's unfortunate that this happened but I totally disagree.