Liberal Media's CONTEMPT for Democracy Is Exposed By Meltdown Over Texas 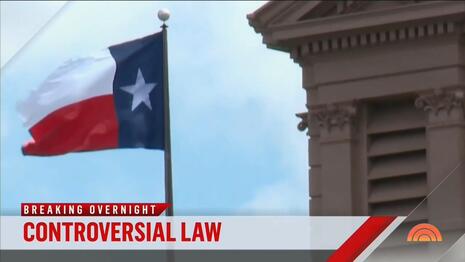 The lack of self-awareness in the liberal media never ceases to amaze.

Recall this column in The Washington Post by one Catherine Rampell? The headline: "Almost half of Republicans admit they’re ready to ditch democracy."

The opening sentence said this: "Almost half of Republicans are now saying the quiet part out loud: They’d prefer to ditch this whole democracy thing."

Over in The New York Times, columnist Charles Blow -- my old CNN sparring partner -- headlined: "Is America’s Democracy Slipping Away?"

Charles wrote that America was “ceasing to be a democracy.”

Google the topic of Republicans and democracy and one liberal outlet after another has stories declaring that Republicans hate democracy in America.

Over there in GQ one Drew Magary writes: "Republicans hate a true representative democracy.” In the left-leaning Washington Monthly the headline reads: "The Republican Assault on Democracy is Worse Than You Think." The leftist website Vox proclaims: "The Republican Party is the biggest threat to American democracy today."

Ahhh. Really? Or maybe, just maybe, is it the other way around? Maybe it’s the liberal media that really hates democracy because, you know, the rubes and plebes out there just won’t vote the way their liberal media elite betters want them to.

Case in point? The new Texas abortion law that has the Left in and out of the media going crazy. 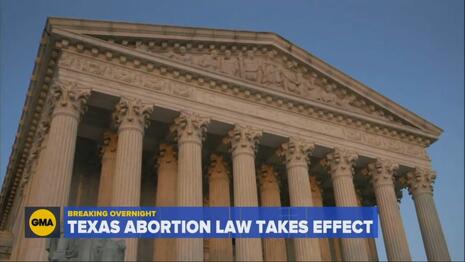 The legislation regulating abortion was passed by the Texas House on a 83-64 vote, with the Texas Senate voting 18-12 to pass it. Texas Governor Greg Abbott signed the bill into law in May. To state the obvious, the legislation was passed by the elected representatives of the people of Texas, and signed into law by the elected governor. Memo to the liberal media? That is called democracy.

And just who is it that is livid about the fact that the Supreme Court of the United States let the law stand? Which is to say, the Court bowed to the democratically expressed will of the people of Texas? That would be the self-same media liberals who insist that Republicans are opposed to democracy.

Here is Washington Post columnist Paul Waldman headlining: "This is what an unconstrained right-wing Supreme Court looks like."

Writes Waldman: “We’ve now gotten a glimpse of how disturbing America’s future looks from what just happened in Texas…”

It never occurs to lefty media elites that the central problem with Roe v. Wade -- which was decidedly not passed by legislatures or Congress -- was that it was not popular with millions of Americans. It was governing by judicial fiat, not by democratic process.

Like the infamous 1857 Dred Scott decision, in which, as the late Judge Robert Bork noted, the slave-holding Chief Justice Roger Taney and six other Supreme Court Justices tried to write a right to own slavery into the Constitution- law making by judicial fiat instead of the democratic process ends badly. If abortion on demand were in fact so popular, as supporters maintain, they should have no fear in leaving democratically elected legislatures to pass it into law.

But no. They don't want it that way. 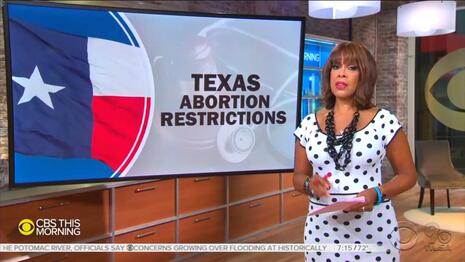 The hard political fact here is that the pro-abortion movement, as repeatedly expressed in the liberal media,  has been terrified of letting their fellow citizens decide in democratic fashion whether to support their point of view or not. Yet the passage of the Texas law in a precise example of the democratic process at work is, they now insist, somehow a threat to democracy.

The very real if very hard fact for the liberal media to grasp here is that whatever else the Texas abortion law or the Trump movement or all manner of other political moments have launched, at their core is a demand for democracy…not the urge to suppress it. They are very real examples of the democratic process at work. Yet on goes the left-wing blathering that the Republican Party is the biggest threat to American democracy today.

…what Waldman is really saying is that he has seen democracy up close. And he wants it shut down…. now. Right now. Suffice to say? Message received. The real -- very real -- opponents of democracy are in the liberal media and the larger American left.