Who Runs America? The Media or the American People? 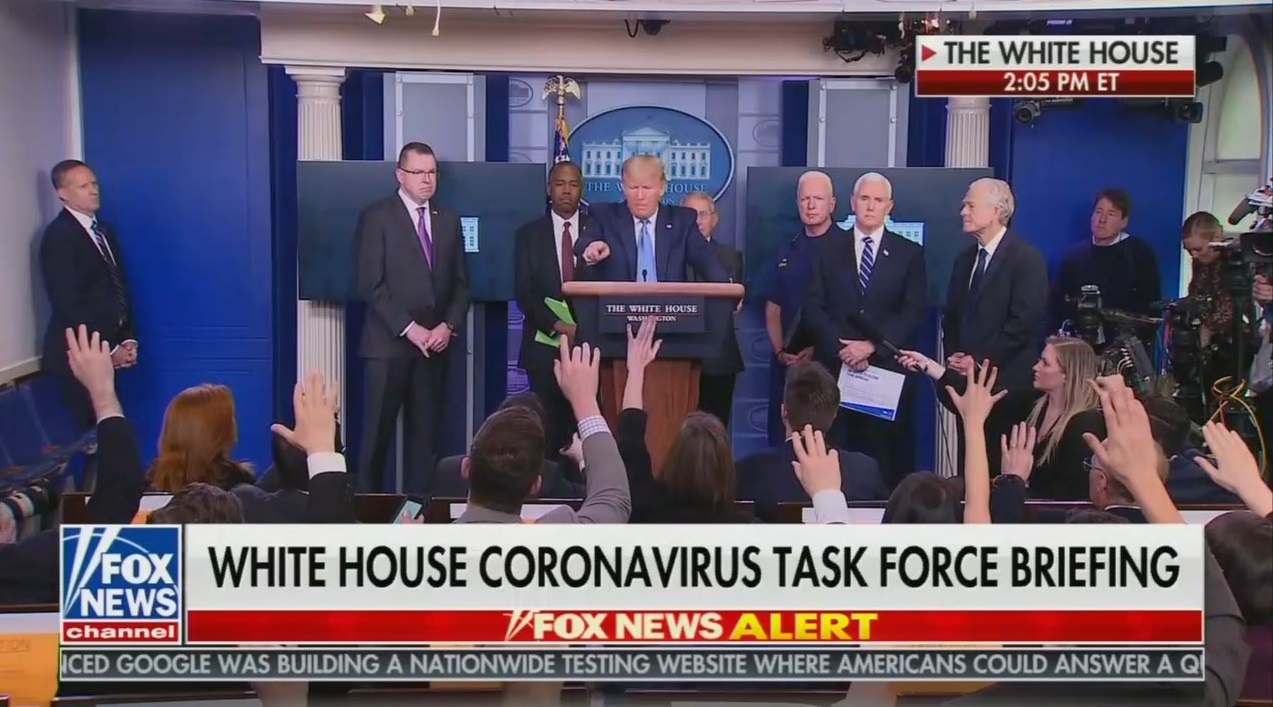 Call me crazy. But I had this strange idea that Americans ran America. I was under the apparently mistaken impression that every four years Americans elected a president. And that when times of crisis hit, as they occasionally do, the American people turn on their televisions, radios or, in today’s world, their computers - and listen to their freely elected leader update them on the crisis.

Having lived a bit, I recall President John F. Kennedy taking to the airwaves to discuss the Cuban Missile Crisis. Or Lyndon Johnson and Richard Nixon updating on the Vietnam War. Once on the White House staff myself I recall being in the Oval Office with President Reagan shortly after he returned from the White House briefing room to discuss the Iran-Contra affair in front of the cameras.

So imagine my surprise as America is in the midst of the Chinese virus pandemic (which, by the way, as with Lyme Disease, Marburg Virus, West Nile Virus, Ebola and a slew of other plagues listed on the website of the World Health Organization is named after a geographic location) only to learn various media outlets have decided to effectively silence the current president so that they - and only they - can tell America what is going on.

“KUOW Public Radio, which provides news for the Seattle and Tacoma area, announced on Tuesday they will no longer be airing President Trump's daily coronavirus task force press conference.

The station said they will be keeping track of what is being said, but ‘we will not be airing the briefings live due to a pattern of false or misleading information provided that cannot be fact checked in real time.’”

And like clockwork, James Fallows of the far-left The Atlantic (that would be the self-same magazine that hired conservative writer Kevin Williamson and immediately fired him because the “tolerant” staff of the magazine objected to his presence) showcased the larger left-wing journalistic community’s visceral intolerance. Fallows ran a list of almost 100 lefty journo’s who applauded the decision by KUOW to silence the President. 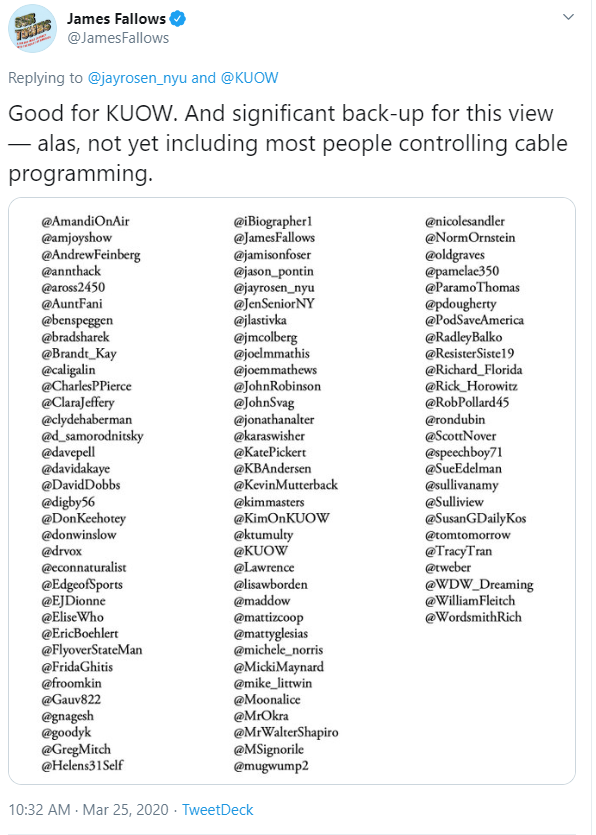 In other words? The message was crystal clear: Hey you rubes out there, stop listening to your president. We, the media elites - and we alone - get to decide what the “narrative of the day” is going to be. You will get your news from us - and you will damn well like it.

Who cares whether many of these same journalists - make that “journalists” - have been reporting flat-out falsehoods for the past four years. From “Hillary will win in a landslide” to Trump-Russia collusion to the phony impeachment, these people couldn’t report the truth if their reputations depended on it - and in fact they did. Which is exactly why so many Americans simply refuse to trust them anymore.

It is nothing short of hilarious to re-read that KUOW statement. Again, it said this: ‘We will not be airing the briefings live due to a pattern of false or misleading information provided that cannot be fact checked in real time.’”

Did these “journalists” fact check the “Hillary will win in a landslide” garbage? No. Did they run with the “pattern of false or misleading information” that was Trump-Russia collusion? Yes. Did they make sure the entire impeachment phoniness was “fact checked in real time”? No.

In other words, what we have here is in fact a group of self-selected media elites who see these presidential briefings as a threat to their power to set, in this case, the anti-Trump narrative that the President is a racist/sexist/xenophobic monster who, by the way, is utterly incompetent and dangerous.

What really alarms them are headlines like this from Bloomberg: “Trump’s Handling of Coronavirus Approved by 60% in Gallup Poll.”

There is a reason for findings like this, and it is exactly why these people are so determined to silence the President. Americans are, quite naturally, watching these briefings live and in color. And what they are in fact seeing for themselves is a perfectly in-control president who calmly gives his assessment-of-the-moment about where we stand and then turns to a deeply well-credentialed group of doctors and scientists who explain in layman’s terms what the status of the battle against the virus is and what’s new and what to expect. The briefings are, in short, nothing if not authentic.

And that - to all these would-be media totalitarians who believe they and they alone get to tell Americans what’s going on - is utterly unacceptable.

So the solution? Silence the President. Silence him by simply refusing to cover him - and replacing him with their narrative of the moment.

Which brings us back to the central question. Who runs America? The media - or Americans?

If Americans have learned nothing else in the Age of Trump, it is the realization that media elites really do think they have the God-given right to run America.

Which is exactly why they are determined to silence the elected President.