The Impeachment Media Have Been Convicted 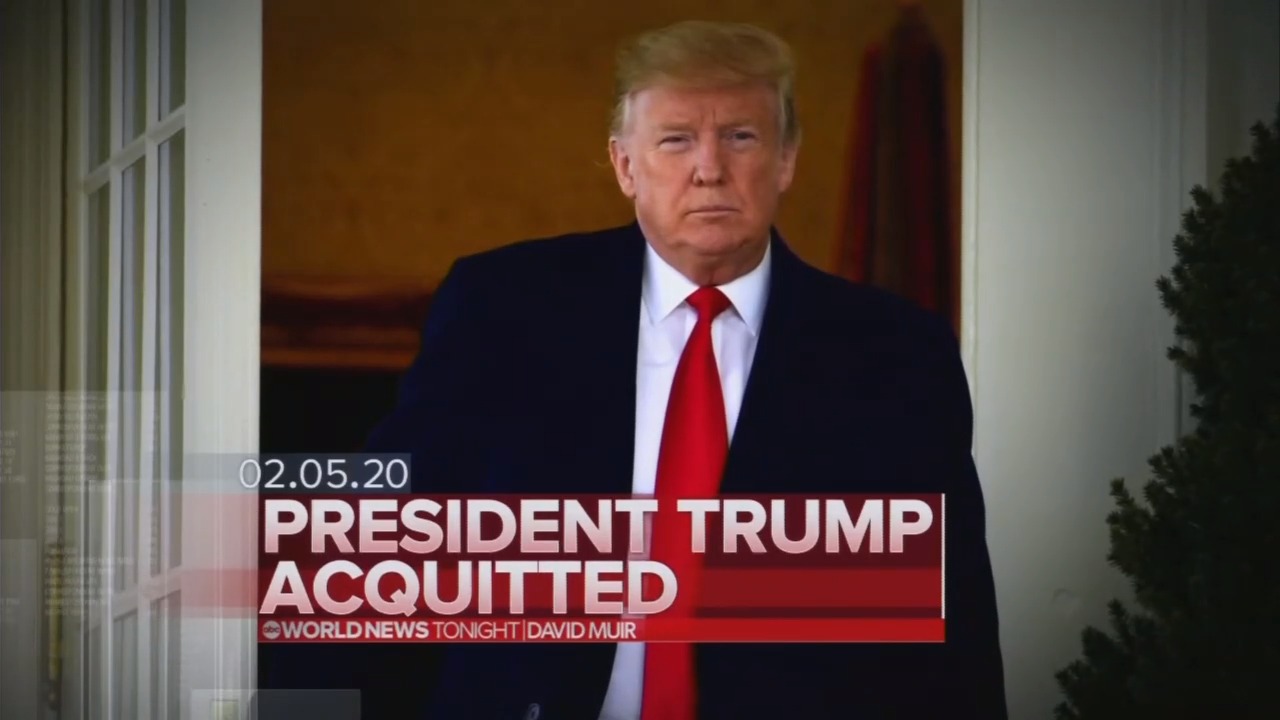 The day after the Senate trial ended with a 52-48 vote in his favor, a triumphant President Trump appeared in the East Room of the White House and grinned as held aloft a copy of The Washington Post. The headline: “Trump Acquitted.”

The President’s immediate audience of family, staff, plus his legal defense team and members/supporters from the House and Senate roared with laughter.

But it is very safe to say that there was more laughter — much more laughter — that was not audible that morning. That would be the laughter of millions of Americans who were laughing at the crestfallen faces so apparent in the Leftist State Media’s world of cable and broadcast news.

They tried so hard to bring down Donald Trump —  and now, in the ultimate moment, impeachment had gone the way of the Mueller report, of Stormy and Avenatti, of the Access Hollywood tape, the emoluments clause and more. And in what doubtless startled the most for those members of the LSM who were awake and aware is the realization that the American people had in fact won a conviction when the trial was over - a conviction of the impeachment media.

As NewsBusters has wonderfully documented, here is but a sample of the depression that spread through the various LSM bunkers: “NBC: Trump ‘Diatribe’ Was ‘Exceedingly Difficult for Democrats to Watch.’”

The story recounted the gloom of NBC’s Meet the Press moderator Chuck Todd:

Todd channeled how the left would view the speech: “Well, look, I mean, for half of America it’s gonna feel like a dystopian speech of some sort, a Bizarro World speech…”  He then conceded: “...but for half of America, they have been celebrating all along.”

Todd warned that the President was “not over this”  and “clearly is gonna be looking for some sort of revenge or vengeance.”

Continuing to rant about the presentation, the Sunday show host declared that Trump “was really flexing his cult of personality muscle.’ Todd then blasted the GOP: “This is a Republican Party that is no longer organized around ideas, it is organized around a person. Pure and simple.” 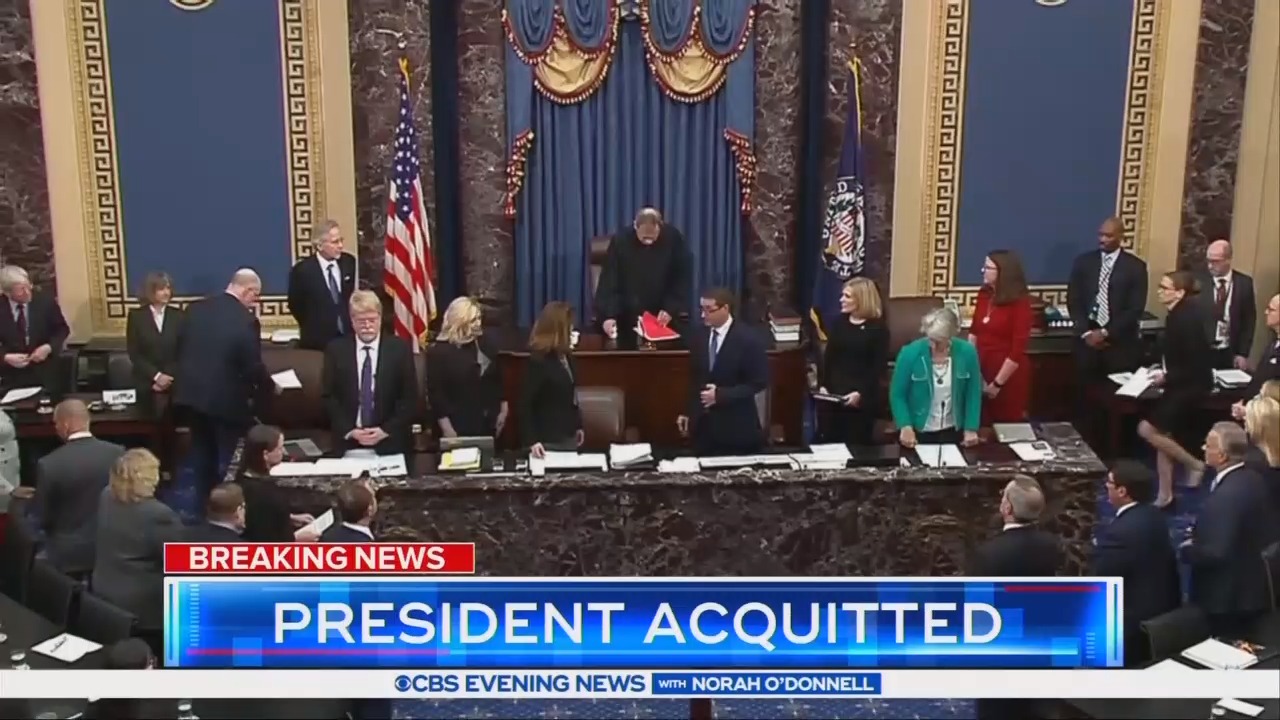 On the CBS Evening News, White House correspondent Ben Tracy fretted, “The President was not contrite. He did not apologize, except to his family.” He compared, “The hour-long, largely unscripted performance was a stark contrast to Bill Clinton's less-than-two-minute-long speech after his acquittal in 1999.”

Chris Matthews came completely unglued on Thursday night. Here’s just a few of the descriptions he had for Donald Trump and his supporters: “Cult,” “violent purge,” “goose stepping,” and “dictator. Regarding Trump’s comments made at the White House, Matthews suggested that, given a few less constitutional restrictions, the President would be preparing for violence: “As I jotted down Trump's words, I wondered what they would mean in a country where the targets of such invective were not protected by a Constitution such as ours.”

He added, “They sounded like the language of a dictator unleashing a violent purge that his targets would be unlikely to survive.” Matthews also raged, ‘President Trump spoke today with the venom of a black mamba.’” 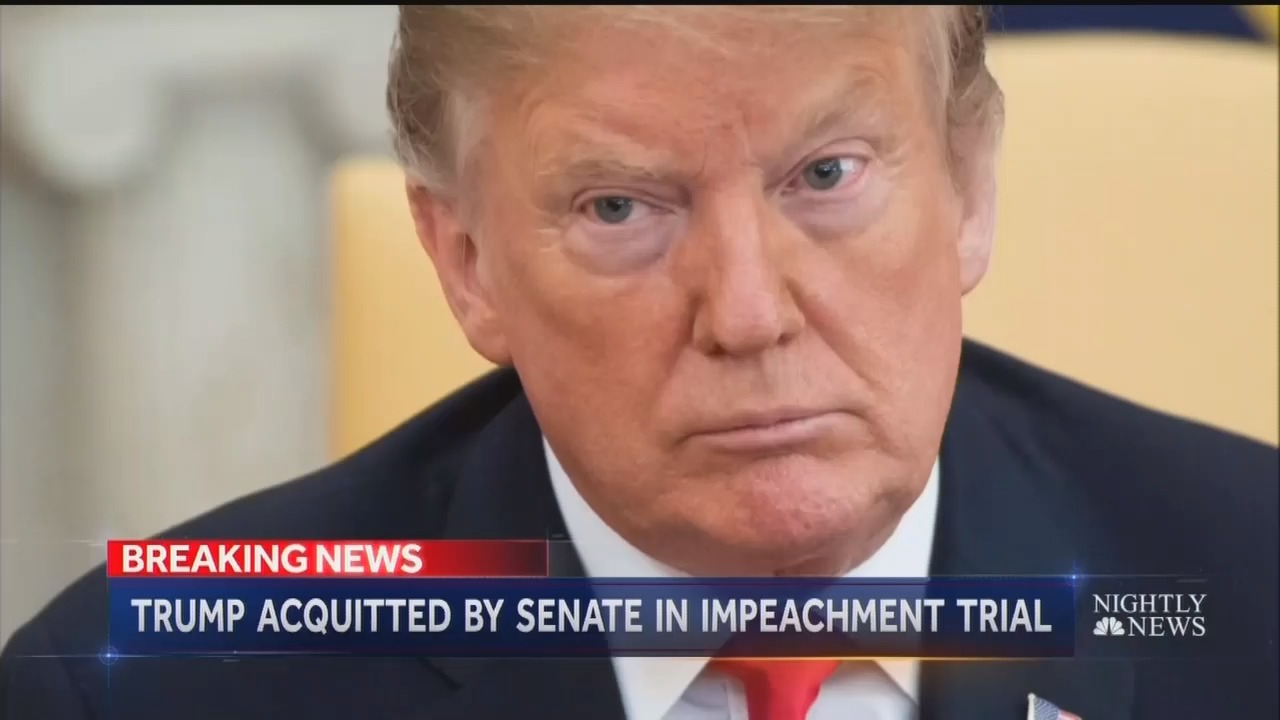 Clearly Matthews has little understanding of the concept of what psychiatrists call “projection.” In which, as Sigmund Freud wrote long ago, as noted here with reference to his work “Case Studies”:

Freud considered that, in projection, thoughts, motivations, desires, and feelings that cannot be accepted as one's own are dealt with by being placed in the outside world and attributed to
someone else.

Or, in this case, that “venom of a black mamba” and a “Cult” has long ago infected MSNBC when it comes to dealing with Donald Trump. Just call Matthews “Black Mamba Chris.”

Back on MSNBC, there was ex-Time editor and Obama aide Rick Stengel fuming this way: “Ex-Time Editor Richard Stengel: ‘Impossible’ for People to Vote Trump After Press Conference.”

There was more of this kind of ranting, foaming and moaning out there in the LSM - oh so much more. But what continually ceases to amaze is that there is little to no understanding in the media that they succeeded in their drive to impeach. They managed effortlessly to impeach their own credibility.

And unlike the President they so despise, they stand convicted in the eyes of millions of Americans.