Why Rush Limbaugh’s New Contract Is So Important 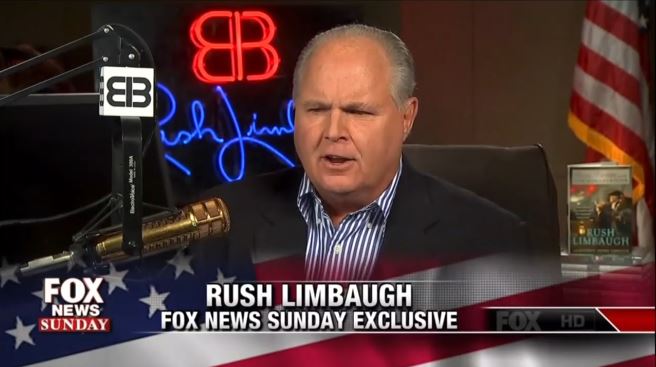 In the cascade of attention swirling around the death of General Suleimani, there was another story out there —  a very significant media story —  that has a major impact for America.

It was a press release that began this way.

New York, NY – January 7, 2020 – iHeartMedia, the leading audio company in America with a greater reach in the U.S. than any other radio or television outlet, announced today it has renewed and extended its partnership with Rush Limbaugh, the most-listened-to national radio talk show host in America. Specific terms were not announced, but the long-term, multi-platform agreement reflects The Rush Limbaugh Show’s decades-long dominance in the talk radio format, including increased audience levels and revenue.

Limbaugh will continue to host The Rush Limbaugh Show, which celebrated its 31st year in national syndication in August 2019.  The program broadcasts weekdays from noon to 3 p.m. ET on more than 650 affiliates and can be heard by millions of listeners nationwide.  Ad revenue for The Rush Limbaugh Show continues to grow, with 2020 marking a record-breaking upfront for the program. In addition to the popular Rush Limbaugh Show app, subscriptions to Rush 24/7 – the online destination for Rush’s premium radio program and digital content, as well as The Limbaugh Letter – a monthly print and digital magazine now in its 27th year, also continue to reach record levels.

Why is the news of Rush’s continued presence on the radio such a big deal? Listen to the following comments that have been made on other occasions.

“Trump was tapping into something that already existed: Distrust of the media, particularly on the right but among many Americans who, for various reasons, distrust the media partly, because they’re told to by conservative talk radio hosts like Rush Limbaugh.”

Over at the far-left Salon was this headline in 2017: “Building the realm of alternative facts: Trump's lies are enabled by years of right-wing media. After decades of Rush Limbaugh, Fox News and Breitbart, conservatives can no longer tell fact from fiction."

One could go on —  and on and on —  with comments like these two made over the years. The recurring, central point is that Rush Limbaugh was the first to break through the fog of the liberal media, or as it is referred to in this corner - the Leftist State Media or LSM. Which, of course, is exactly what drives those in the LSM absolutely crazy.

The article, written by Rick Shenkman, promotes a paper by one Shawn Rosenberg, a professor at UC Irvine and a member of the International Society of Political Psychologists. Among the reasons Rosenberg cited for his prediction was this, bold print for emphasis supplied:

“….He has concluded that the reason for right-wing populists’ recent success is that “elites” are losing control of the institutions that have traditionally saved people from their most undemocratic impulses. When people are left to make political decisions on their own they drift toward the simple solutions right-wing populists worldwide offer: a deadly mix of xenophobia, racism and authoritarianism.

The elites, as Rosenberg defines them, are the people holding power at the top of the economic, political and intellectual pyramid who have ‘the motivation to support democratic culture and institutions and the power to do so effectively.’ In their roles as senators, journalists, professors, judges and government administrators, to name a few, the elites have traditionally held sway over public discourse and U.S. institutions—and have in that role helped the populace understand the importance democratic values. But today that is changing.

… While the elites formerly might have successfully squashed conspiracy theories and called out populists for their inconsistencies, today fewer and fewer citizens take the elites seriously. Now that people get their news from social media rather than from established newspapers or the old three TV news networks (ABC, CBS and NBC), fake news proliferates.”

There was no mention of Rush, but there didn’t need to be. Rosenburg’s complaint was something Rush has discussed for a long time. The Leftist State Media’s monopoly has been broken -- for good. And Rush, using the tool of the humble AM radio, has been a central player in this.

Which is exactly why, as we head into the 2020 election year, not to mention a second Trump term, Rush’s presence on the air is critical.

All good things must come to an end, goes the old common sense. True enough. But it is far from time for a Rush Limbaugh retirement. Which is exactly why the news of his re-signing, mentioned the other day by no less than the president himself, is so important.

To the vast disappointment of his critics -- and the thankful appreciation of his listeners -- Rush Limbaugh is going to be here for a good long while.