Did Mika Brzezinski's Dad Collude with the Russians?

Recall this from MSNBC’s Mika Brzezinski on Morning Joe?

The subject is, but of course, Trump-Russia collusion. In January of this year Mika was saying  it was “100 percent” that Trump could be what husband Joe Scarborough called a Russian “asset.”

Trump had tweeted in December of 2018:

The very first sentence over at The Daily Caller of Brzezinski’s response was this: “Mika Brzezinski said President Donald Trump has either ‘lost his mind’ or is completely ‘stupid’ for thinking he’s been cleared of collusion charges.”

Not to be outdone, husband and co-host Joe Scarborough fumed this month after Attorney General William Barr’s initial letter previewing that in fact there would be a finding of no collusion in the forthcoming Mueller Report:

If the president coordinated with Russia, it could be legal. It could be morally wrong, but more important than that, it could be dangerous.”

Got all that? If Trump and his campaign were found to have “coordinated with Russia…it could be dangerous.”

And then there was this kind of media story.

Here is The Washington Post  in December of 2017 with this headline: "Did Michael Flynn just admit to violating the Logan Act? And what is the Logan Act?" The story says this, in part:

“Amid news that President Trump's former national security adviser Michael Flynn pleaded guilty Friday to lying to the FBI about his conversations with Russians, some legal experts are raising the question of whether Flynn just implicitly admitted to another crime: violating the Logan Act.

The Logan Act is a centuries-old law aimed at keeping private citizens out of foreign affairs. Flynn was a private citizen in December of 2016, and in Friday's guilty plea, he basically admitted he urged the Russian ambassador not to retaliate after President Obama announced sanctions punishing Russia for meddling in the presidential election. Authorities indicated he was acting at the urging of other senior Trump transition officials, suggesting they could have violated it too.

"That sure sounds like it's possible Flynn or other Trump officials was trying to meddle in foreign affairs before he was a representative for the government," said Stephen Vladeck, a law professor at the University of Texas. "It's possible the special counsel could whack Flynn or other campaign officials with this charge to get them to cooperate in the investigation.”

Ah yes. Meddling in foreign affairs before being a “representative of the government.”

Here’s where this gets interesting, with a distinct silence from Mika and Joe.

Jump in the time travel machine and return with me to the presidential campaign of 1976 - and specifically the campaign of the Democratic nominee, former Georgia Governor Jimmy Carter. Take a dive into the memoirs of the longtime Ambassador to the United States for the Soviet Union Anatoly Dobrynin - In Confidence: Moscow’s Ambassador to America’s Six Cold War Presidents.

The Ambassador recounts being courted by the Carter campaign, with a dinner arranged specifically to link the Carter campaign up with….the Russians. And who specifically does Dobrynin mention as dealing with? Why yes indeed, that would be the Michael Flynn of the Carter campaign, the national security adviser named…wait for it….Dr. Zbigniew Brzezinski. Who, at this point, was a private citizen, the presidential election that pitted Carter against incumbent President Gerald Ford still months away.

It seems that, in Dobrynin’s words: “Even before Carter’s election, I began learning from his supporters and intimates how he planned to govern.”

Dobrynin recounts a dinner with the Carter-supporting chairman of Coca-Cola, which was headquartered in Georgia, in which foreign affairs were discussed, including the subject of Dr. Brzezinski, who was not present.   But “shortly afterward” Dobrynin was invited to a dinner hosted by David Rockefeller and Dobrynin writes this: 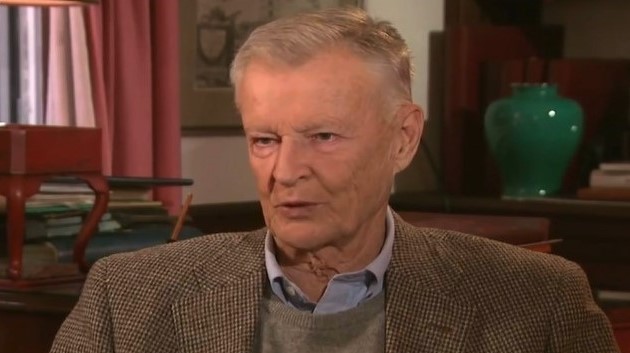 “Brzezinski was also a guest, probably with the express purpose of displaying him to the Soviets in the most favorable light. We (the Russians) already knew of his position as one of the leading Western experts on communism, of his origins in the old Polish nobility, of his father’s refusal to return to Poland with his family after World War II, and of the son’s marriage to a niece of the pre-war president of Czechoslovakia, Edvard Benes. All this to some extent influenced his views, which were notoriously anti-communist, although in recent years he had moved toward the center. When the possibility opened up of joining Carter’s team, he even started talking about progress in some areas of Soviet-American relations.

During the conversation at dinner Brzezinski visibly tried to refrain from extreme statements, and his attitude was quite friendly. After listening to a philosophical monologue about foreign policy, I remarked that it would be nice to hear something more practical, for example, an explanation of the real differences between the foreign policy of the Ford administration and the Democrats, especially on Soviet-American relations. Brzezinski made a special point of arguing that Carter would find it easier (than the Republican Ford Administration) to implement his foreign policy because Congress would be dominated by members of his own party.”

Hmmmm. Now recall that story in The Washington Post about then-private citizen Michael Flynn? The story that said:

So too was Zbigniew Brzezinski in this meeting with the Russian ambassador.

Dobrynin also recounts the tale of another private citizen acting explicitly on the instructions of the Carter campaign. That would be the request from former Ambassador Averell Harriman, he too a private citizen in 1976, to, again in Dobrynin’s words:

“…visit Moscow in September, meet with (Soviet President Leonid) Brezhnev and (Russian Foreign Minister Andrei) Gromyko, and report back to Carter. I arranged this visit quickly, and he made his trip on September 16-22. Brezhnev received Harriman as a statesman identified with American goodwill, and they agreed on the need for further strategic arms limitation talks.”

Now. Let’s return to Mika Brzezinski’s saying she was “100%” certain that Trump was a Russian asset. Recall as well hubby Morning Joe saying: “If the president coordinated with Russia, it could be legal. It could be morally wrong, but more important than that, it could be dangerous.”

Curiously, with her own then-private citizen father documented by the then-Russian Ambassador himself as having, in Morning Joe’s words, “coordinated with Russia” as an advisor in the Carter campaign - with yet another private citizen in the Carter campaign - Harriman - seeking and getting a trip to Russia to meet with the Soviet president - all of this meddling in foreign policy is mysteriously overlooked by both Mika and Joe. Not to mention is this ignored by every other media figure who spent the last two years insisting that Trump colluded with Russians.

As a young Senate aide years ago I had a chance to meet Dr. Brzezinski when he came to give a speech at an event hosted by my then-boss, the late Pennsylvania Senator John Heinz. He was charming, thoughtful and decidedly no Russian asset. He was an American patriot.

But if the Dobrynin tales reveal anything, it is that the media double-standard is wider than the Grand Canyon. Substitute the same circumstances of 1976 - but change the name of the candidate from Carter to Trump - and Mika’s father, not to mention Harriman, would have been spending two years as targets of a Robert Mueller investigation focused on what could be labeled, using Mika and Joe’s own standards, collusion with Russians.

The hypocrisy doesn’t get any bigger than that. Or as Mika Brzezinski might say: “100%.”