Remember this? This statement issued by Fox News when CNN’s White House correspondent Jim Acosta was in the middle of his battle with the Trump administration to regain his White House pass, which was revoked? Thus barring Acosta - although not CNN - from doing his job of covering the White House. The statement, with bold print supplied, read:

“FOX News supports CNN in its legal effort to regain its White House reporter’s press credential. We intend to file an amicus brief with the U.S. District Court. Secret Service passes for working White House journalists should never be weaponized. While we don’t condone the growing antagonistic tone by both the President and the press at recent media avails, we do support a free press, access and open exchanges for the American people.”

Talk about a one-way highway. 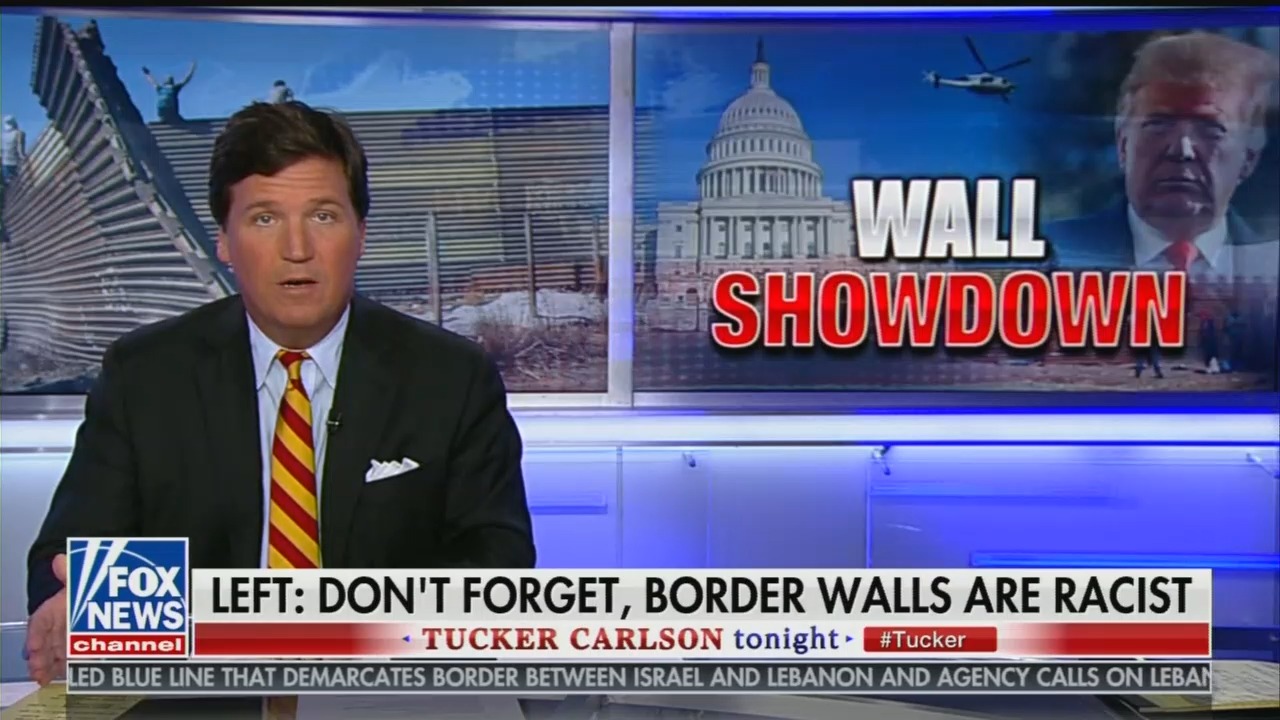 Now the free press rights of Fox are on the line. Specifically the latest anti-free press target of far-Left special interest groups who have made it their business to shut down a free press is Fox host Tucker Carlson.  As with previous anti-free press jihads against other Fox hosts - Sean Hannity, Laura Ingraham, Bill O’Reilly, Lou Dobbs and others (not to mention conservative talk radio host Rush Limbaugh and others) - CNN turns a blind eye to the free press rights of Fox.

Not only does CNN make abundantly clear that its own support for a free press is highly selective, two of its most prominent hosts - Chris Cuomo and Don Lemon - have grabbed their torches and joined the anti-free press lynch mob clamoring to get Tucker Carlson.

The story says, in part, this:

“He (Cuomo)  told Lemon, ‘I don’t ordinarily play hateful speech on the show, but it’s important for people to see what someone’s trying to pass off as news.’

Lemon admitted he generally tries not to criticize colleagues, but noted that Fox News programming a lot of the time looks like ‘the CNN, MSNBC criticism channel.’

As for Carlson specifically, Lemon said he believes that while people shouldn’t be boycotted for a ‘one-off’ comment, it’s different “when it’s how you use your platform comprehensively, how you use it on an overall basis, on a general basis every single day.’”

Amazing. Absolutely amazing. Let’s walk through this step by step.

First, Chris Cuomo plays a very, very deceptively edited clip of Tucker Carlson. As if Tucker is out there smearing helpless folks with a lie. Nowhere mentioned is that Tucker had previously interviewed an official of Tijuana, delegate Genaro Lopez, who was clearly upset over what was happening in Tijuana as a result of the migrant caravan.

As Lopez talks over his shoulder is seen a man sweeping up trash outside a collection of migrant tents. Later literal mounds of garbage strewn over the Tijuana landscape is seen. In another interview, Lopez says:

“Things aren’t getting better,” says Lopez. “They are probably getting worse” he says, with migrants “trashing the streets”, and crime on the rise with caravan members being arrested not just for drug possession or being drunk in the streets but breaking into the homes of Tijuana residents.

Tucker also refers viewers to this web site, Arizona Border Trash, which says of its creation:

“Funding for elements of this Web site has been provided by the State of Arizona, the U.S. Environmental Protection Agency's (EPA) Border 2012 Program, administered by the Border Environment Cooperation Commission (BECC), and the U.S. Bureau of Land Management (BLM) Arizona State Office.”

Completely ignored by Chris and Don, the site also says this:

“What is Arizona Border Trash?

Which is to say, there is a site funded and collectively sponsored not by crazed, racist white nationalists but by the State of Arizona, U.S. Environmental Protection Agency, the U.S. Bureau of Land Management  and the Border Environment Cooperation Commission. A site with multiples of pictures of trash - trash “discarded by persons involved in illegal immigration” - littering the Arizona desert.

Nary a peep about this in Chris and Don’s report. Nada, zero, zilch. Instead they choose, in the style of liberals everywhere, to simply ignore the basic facts Tucker used to back up his reporting.

Fine. Not okay, but okay if that’s the decision on which to base a political argument. But that isn’t what’s going on here. Recall these words of Don Lemon’s that anti-free press campaigns are fine because they about silencing journalists “when it’s how you use your platform comprehensively, how you use it on an overall basis, on a general basis every single day.’”

Hello? Although not intended, that is exactly a description of…..CNN’s own Jim Acosta. Who most assuredly, in the view of the White House and CNN critics, uses his platform in the White House press room “comprehensively” and on “an overall basis, on a general basis every single day” not to find facts but to conduct an ideological crusade against the president.

Something that Fox News went out of its way to stand up and support as a basic free press right.

Now, however, the anti-free press lynch mob has targeted Tucker Carlson, and these two CNN hosts take to the airwaves not just to deliberately and willfully misrepresent what Tucker said - ignoring the basic facts as presented by an official of the government of Tijuana, Mexico - which is bad enough. Now CNN, as represented by Chris and Don, is signing on with the anti-free press  lynch mob that is trying to remove a host for having views of the facts the American Left would rather hide.

There is much more here than just this particular aspect of the anti-free press mob. The advertisers are being presented as pure as the driven snow in all this - when in fact this is simply not true. Take, in brief, just one - Pacific Life Insurance. As I noted here last week in the American Spectator:

“In the last election cycle alone of 2017-2018, Pacific Life’s PAC has given beaucoup bucks to the following Democrats:

That’s right. The executives that run Pacific Life, which loudly withdrew its advertising from Tucker Carlson’s show, have been funding the Open Border crowd in Congress. They are perfectly within their right to do so. Never for a moment would I suggest they should have their free speech rights to do so removed. But that the company has been completely dishonest on what it is doing in removing its ads from the Fox show simply cannot be denied. Much less investigated over on CNN.

Let’s close it out this way for the moment. (And for a moment it will be. There will be more forthcoming for certain in the very real story of the movement to silence a free press in this country, a movement supported not just at CNN but by various left-leaning advertisers and activist groups.)

We will end here with a reminder - again - of the prescient wisdom of the late William F. Buckley Jr.. They are telling words written all the way back in 1959 - a full 59 years ago and 21 years before the creation of CNN, not to mention years before the arrival on this earth in God’s good time of Chris Cuomo and Don Lemon. Writing in his bestselling Up from Liberalism, Buckley could easily have been writing about not just Chris and Don but the vast panoply of liberals in and out of the media who today effectively form lynch mobs to bully conservatives off the air with the goal of eviscerating a free press. Wrote Mr. Buckley:

“I think it is fair to generalize that American liberals are reluctant to co-exist with anyone on their Right. Ours, the liberal credo tells us, is an “open society,” the rules of which call for a continuing (never terminal) hearing for all ideas. But close observation of the liberal-in-debate gives the impression that he has given conservatism a terminal audience. When a conservative speaks up demandingly, he runs the gravest risk of triggering the liberal mania; and then before you know it, the ideologist of openmindedness and toleration is hurtling toward you, lance cocked.

The tools of controversy are tough, as necessarily they must be. But I wonder when else, in the history of controversy, there has been such consistent intemperance, insularity and irascibility as the custodians of the liberal orthodoxy’s premises? The liberals’ implicit premise is that intercredal dialogues are what one has with Communists, not conservatives, in relationship with whom normal laws of civilized discourse are suspended.”

This being the season, let’s end this with the words of Charles Dickens’ Tiny Tim:

“A Merry Christmas to us all; God bless us, every one!”

And yes, that means you too Chris and Don. Really.