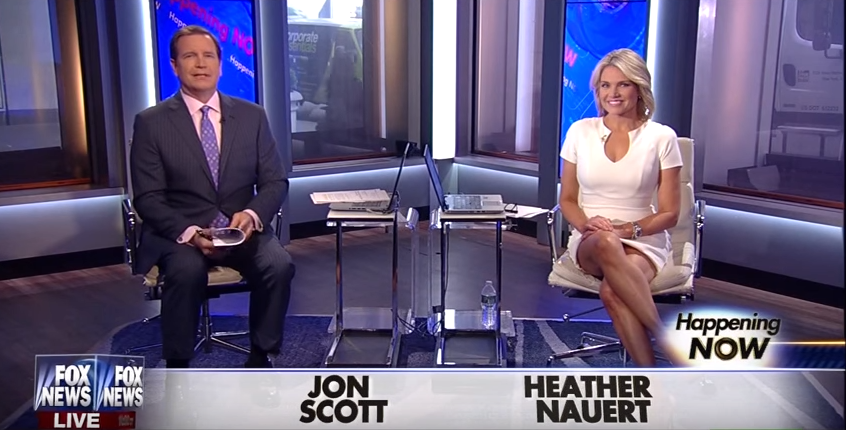 The Washington Post is aghast. Here’s the headline: “The Daily 202: Trump may hire multiple cable news personalities as part of shake-up.” The story by James Hohmann says this in part:

Trump has decided to remove H.R. McMaster as his national security adviser and is actively discussing Fox News contributor John Bolton as a potential successor.

A leading contender to replace Veterans Affairs Secretary David Shulkin is Pete Hegseth, the co-host of Fox and Friends Weekend.

Heather Nauert, a former co-host of Fox and Friends, got promoted on Monday from being a spokeswoman for the State Department to acting undersecretary of state for public diplomacy and public affairs. She replaced Steve Goldstein, who was fired because he publicly contradicted the White House’s claim that Rex Tillerson knew he was being fired before Trump announced it on Twitter. (Is it any coincidence that Mike Pompeo got elevated from Langley to Foggy Bottom the morning after he aggressively went to bat for Trump on the Sunday shows?)

Oh no! What is America coming to in this Trump-inspired hell?

Ignored here? Two things. Two of those mentioned above are people who were in government when I was — in the Reagan administration. That would be Larry Kudlow, then the Associate Director for Economics and Planning in the Office of Management and Budget. Previous to that he had been a staff economist at the Federal Reserve Bank of New York. A job he held before moving on to Wall Street and the investment firm of Bear Sterns. It was after those jobs when Larry morphed into a TV and radio star (and yes, full disclosure, I once appeared on his CNBC TV show.)

During the Reagan and Bush 41 eras, John Bolton served in both the State and Justice Departments, before that as a Washington lawyer in the well known Covington and Burling. In the Bush 43 era he served as the U.S. Ambassador to the United Nations. Only after that did John become a Fox contributor.

Heather Nauert has a long background in journalism, beginning with a degree in journalism from the Columbia University Graduate School of Journalism.  She has worked at ABC as a general assignment correspondent before moving on to Fox News, where, among other things, she co-hosted The Big Story With John Gibson.

And Pete Hegseth? Now mentioned as a possible Secretary of Veterans Affairs? Hegseth came to Fox News via - yes - the military.He has a B.A. from Princeton, and earned a Master in Public Policy degree from the John F. Kennedy School of Government at Harvard. He has served in the Army National Guard and has served in Cuba (Guantanamo), Iraq and Afghanistan. As with Nauert he has been a member of the Council on Foreign Relations.

In short? Every single one of these people is more than qualified for the jobs they either hold or are being promoted for.

But there is a second point here. Do the names Strobe Talbott, Rick Stengel and Jay Carney ring a bell? Talbott was a longtime journalist, among other things the Moscow correspondent for Time magazine. His friend Bill Clinton made him Deputy Secretary of State. Stengel, like Talbott, worked for Time magazine, in this case as managing editor. President Obama appointed him to the State Department as Undersecretary for Public Diplomacy and Public Affairs. And Jay Carney? A twenty-year reporter for Time magazine who was an ABC regular on the networks This Week with George Stephanopoulos was the director of communications first for Vice President Joe Biden before becoming the Obama White House press secretary.

In fact? people who work in journalism - print and/or television - are no strangers to serving in government. As The Washington Post once admitted back there in the stone age of 2013 — so long ago that now it seems to have forgotten its own story — there is a long history of journalists-to-government. The legendary CBS newsman Edward R. Murrow left television to serve in the Kennedy as the head of the U.S. Information Agency.

Longtime print journalist Pierre Salinger became JFK’s White House press secretary, leaving in the Johnson era to be appointed US Senator from California. (He lost his bid for election later and went on to a long career as a TV journalist for ABC.) ABC’s Linda Douglass became an Obama “senior strategist” before serving as the head of the White House Office of Health Reform.

The Post in 2013 also reminded that Obama U.N. Ambassador Samantha Power was “a former journalist (U.S. News, The Boston Globe, The New Republic).” And less well known but every bit in the same category is, again, quoting the Post from 2013, “Desson Thomson, a former Washington Post movie critic who became a speechwriter for Hillary Rodham Clinton when she served as secretary of state.” When Clinton left the State Department, her successor, John Kerry, brought into the State Department: “Glen Johnson, a longtime political reporter and editor at The Boston Globe, and Douglas Frantz, a reporter and editor who has worked for the Los Angeles Times, The New York Times and, most recently, The Post.”

In other words, as one could expect, this alarm from the Post about the television backgrounds of actual or prospective Trump appointees is a laughably vivid example of the old liberal media double standard. Journalists or television personalities in the Kennedy, Clinton or Obama administrations? Wonderful! Draw from the same pool for the Trump administration? Eeeek! The reality TV star-turned-President is running the government with TV stars! Read: Unqualified.

This is just one more example of how the liberal media game works. The game of double standards never changes.