Lauer and Flynn: A Look at How the Media Plays the Game 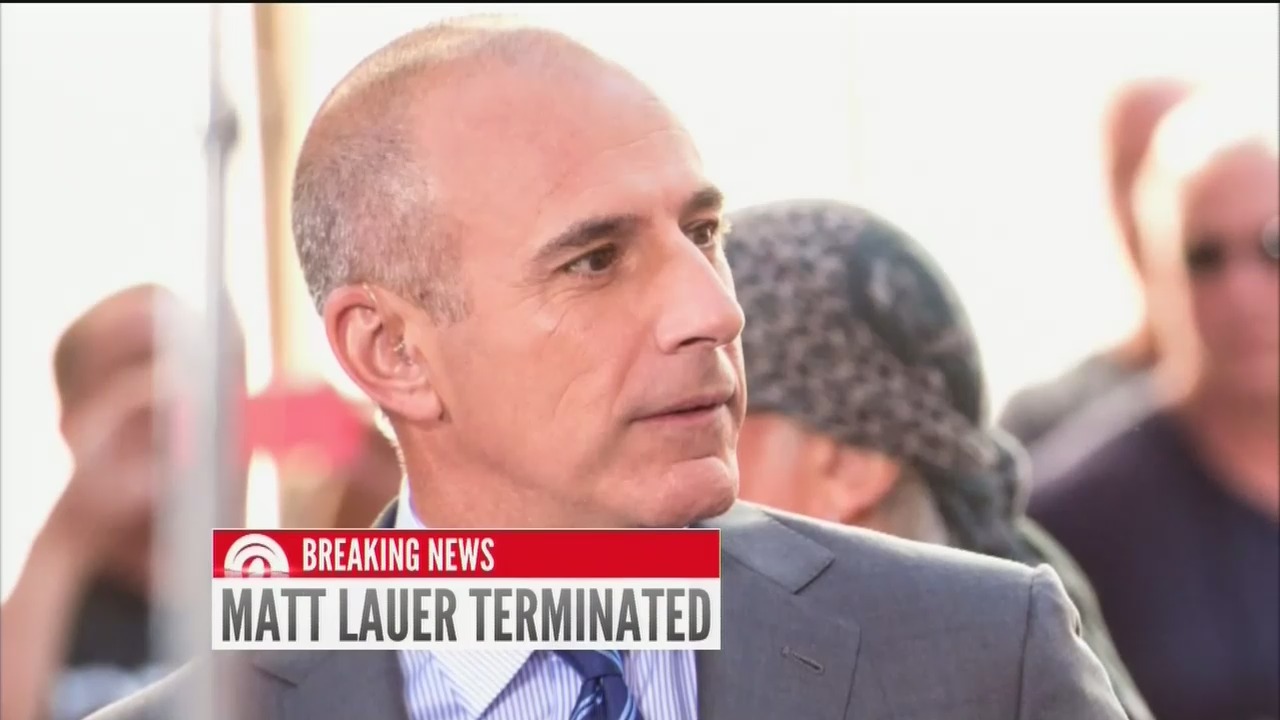 So let’s see how this game works.

Michael Flynn, the one-time head of the Obama Defense Intelligence Agency turned Trump supporter was Trump’s National Security adviser for 24 days. Friday he was indicted on one count of lying to the FBI.

Now, you recall all the coverage of Matt Lauer’s sex escapades, right? Thirteen years of just brutal coverage telling sordid if juicy details that, according to this story, were widely known. Here’s the Fox News headline:

NBC execs knew about Lauer's sexual misconduct but did nothing, report says

“NBC News’ higher-ups reportedly knew about Matt Lauer’s inappropriate behavior and received previous complaints about it but did nothing because the atmosphere at "Today" was a "boys club," a report claims.

NBC being a major news media organization, of course, all of this was reported to the American people over the years and…..oh wait. Sorry. Not so. Never mind.

The Flynn case? Not a peep on this over the course of those 24-days as Trump’s NSC adviser and the lead-up to his appointment through the course of the campaign. Not to mention there was little coverage of Flynn after he left the White House and only a story or two this week when he was indicted and….oh wait. My apologies. I got something wrong again. Unless you were in, say, the dungeon of Harry Potter’s beloved Hogwarts School of Witchcraft and Wizardry in a coma induced by Professor Snape in fact you can’t miss the breathless coverage of Flynn’s escapades and new indictment.

This is a media column. We aren’t writing about the legal ins-and-outs of the Flynn case for some obscure quarterly of the American Bar Association. While National Review Online’s always astute Andrew C. McCarthy has already raised the red flag on the notion that the indictment means what the breathless media is trying to make it seem — the beginning of the end of the Trump presidency — the issue in this space is not legalities but media coverage.

Let’s allow an obvious truth.  The legal woes of a president’s NSC adviser are news. But anyone awake — which is to say in conservative media — knows that if Michael Flynn were Obama’s trusted NSC aide, or Hillary’s or Bill Clinton’s — the coverage here would be dramatically different.

And by the same token? If NBC were Fox News — heck, if Fox News were Fox News (and it is) - and Bill O’Reilly had these kind of Lauer-like allegations thrown at him? Or network creator Roger Ailes? Well, there’s no need to imagine the coverage because we all know what happened. The two men, and other executives charged with being aware of the situation were essentially drummed out of the network with tons and tons of media coverage recording every last minute of their existence.

There is no better example of how this game works than seen in this now priceless interview hosted by…Matt Lauer. Of - Bill O’Reilly. As reported - finally -  in The Washington Post there was considerable irony in Lauer sitting there saying things like this to O’Reilly. The headline was:

Matt Lauer recently grilled Bill O’Reilly about sexual harassment. Lauer could have been talking about himself.

“Two months before sexual-harassment allegations led to his own firing, Matt Lauer sat on the ‘Today’ show set and grilled Bill O'Reilly about accusations against the former Fox News host.

In retrospect, the interview is incredibly ironic. Lauer could have been talking about his own situation when he said this: ‘You were probably the last guy in the world that they wanted to fire because you were the guy that the ratings and the revenues were built on.’

And this: ‘You don't let your number-one guy go unless you have information that you think makes him. ... ‘

And this: ‘Did you ever send a lewd text or email to another employee?’

And this: ‘Did you ever have any human resources cases brought against you?’
And this: ‘Think about those .?.?. women and what they did. They came forward and filed complaints against the biggest star at the network they worked at. Think of how intimidating that must have been, how nerve-racking that must have been. Doesn't that tell you how strongly they felt about the way they were treated?’

NBC said on Wednesday that Lauer, like O'Reilly, had never been the subject of an HR complaint. After the firing, Variety reported that Lauer ‘was known for making lewd comments verbally or over text messages.’”

Well, congrats to the Post for finally getting the goods. Matt Lauer had been a major figure at NBC for 13 years and the Post was mum. But better late than never. In the same story there was this, bold print supplied:

“Several women told Variety they complained to executives at the network about Lauer’s behavior, which fell on deaf ears given the lucrative advertising surrounding “Today.” NBC declined to comment. For most of Lauer’s tenure at “Today,” the morning news show was No. 1 in the ratings, and executives were eager to keep him happy.”

And that Variety story linked by the Post? It says this:

“Lauer’s conduct was not a secret among other employees at “Today,” numerous sources say. At least one of the anchors would gossip about stories she had heard, spreading them among the staff. ‘Management sucks there,’ says a former reporter, who asked not to be identified, speaking about executives who previously worked at the show. ‘They protected the s— out of Matt Lauer.’

Some producers told Variety they were conflicted about what to do around Lauer. They worried that their careers would be sidelined if they didn’t return his advances.”

In other words? In other words, the story about Matt Lauer was out there…for years. And you, dear viewers and readers? You saw or read zero about something that, as they say, “everybody knew.” And that “everybody” refers to people - journalists is the actual term - who are the mainstream media.

Now here comes the Flynn indictment. Not being a lawyer, I yield to Andy McCarthy’s vast legal knowledge of cases like this. But in terms of the media? The media is going to try and make it seem like this is it for the Trump presidency. There will now be story after story after story putting the words “Trump” and “Russia” in the headlines. Yet there will be one obvious giveaway to the game. There is not a shred of evidence that President Trump’s relationships with anyone or thing tied to Russia swung a single precinct in Pennsylvania, Wisconsin, Ohio, Florida or North Carolina — all key states that experts considered mistakenly were a slam dunk for Hillary Clinton.

The good news? Millions of Americans are on to the liberal media game. And as they read about the Matt Lauer — or Charlie Rose or Harvey Weinstein or Kevin Spacey or Al Franken or John Conyers stories? All also in the “everybody knew” category? The very fact that these stories are now, of a sudden, news, will in fact not be news to those who believed they were never getting the real story from the media on all kinds of things from the get go.

Andrew McCarthy’s piece on the Flynn indictment in National Review was titled:

What the Flynn Plea Means

But in the case of Matt Lauer? You can believe one heck of a lot of Americans understand at a gut level what a different headline would mean — assuming it were ever written. The headline?

What the Total Absence of Matt Lauer Stories — for Thirteen Years — Really Means.

No, that headline has never been written in liberal media outlets in recent days. And don’t hold your breath looking for it, either. That’s the game, right?