Marsha Blackburn, Rose McGowan, the Power of Twitter and the Media 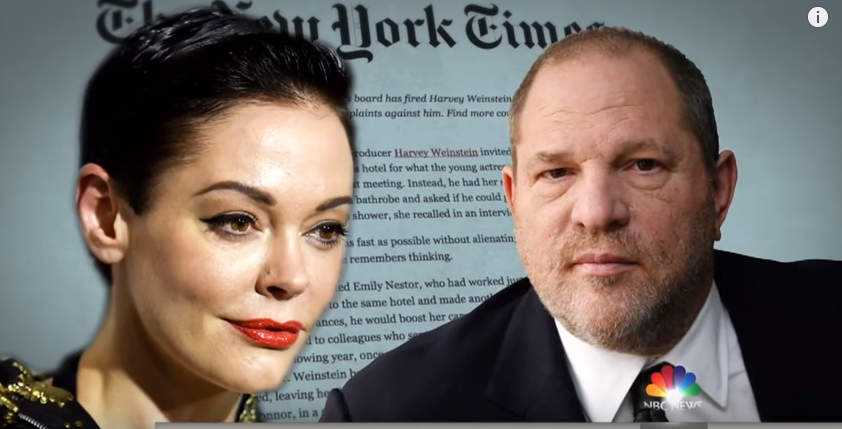 Who would possibly have thought Tennessee Republican and Trump-supporting Congresswoman Marsha Blackburn - a candidate to succeed out-going Senator Bob Corker - would have anything in common with Rose McGowan, the hardworking film, television actress and LGBT activist? Two worlds, and worlds apart.

McGowan, it was revealed by the New York Times in the ever burgeoning Harvey Weinstein scandal, had:

“…reached a $100,000 settlement with Mr. Weinstein in 1997 after a hotel room incident at the Sundance Film Festival, and in recent days has been vocal in her support of women who have stepped forward to reveal that the producer sexually harassed them or worse.

On Tuesday, after the actor Ben Affleck tweeted that the allegations against Mr. Weinstein “made him sick,” Ms. McGowan called him a liar, saying he had long been aware of what Mr. Weinstein had done. She has also attacked Hollywood players who failed to criticize Mr. Weinstein, writing in a tweet, ‘You all knew.’”

“TWITTER HAS SUSPENDED ME. THERE ARE POWERFUL FORCES AT WORK. BE MY VOICE,” Ms. McGowan wrote on her Instagram page after midnight Eastern time on Thursday. She included a snapshot of a message from Twitter saying she would be able to send only direct messages from her account unless she deleted tweets that violated Twitter rules.

The screenshot announced a temporary freeze that prevented her from tweeting, retweeting or liking for 12 hours. Unlike a full suspension, this measure left her account visible.”

Hold that thought and move on to Marsha Blackburn. The Tennessean headline is here:

“Republican U.S. Rep. Marsha Blackburn's online video announcing her campaign for U.S. Senate has been blocked in any Twitter advertisements after the social media company objected to a line that refers to the lawmaker stopping the ‘sale of baby body parts.’

Blackburn's campaign announced Twitter's decision on Monday after a representative from Twitter informed her campaign that the line ‘had been deemed an inflammatory statement that is likely to evoke a strong negative reaction.’ The language violates Twitter's policy for advertisements, the company said.

‘If this is omitted from the video it will be permitted to serve,’ a Twitter representative said in an email to a political ad agency working for the campaign.”

Eventually, the fans and friends of each woman rallied and Twitter recanted in both cases. McGowan’s tweet, Twitter said, included a private phone number in the screen shot. Once corrected her account was unlocked. In Blackburn’s case, Twitter also recanted the day after it had blocked the Congresswoman’s video. The Twitter statement read:

“Our ads policies strive to balance protecting our users from potentially distressing content while allowing our advertisers to communicate their messages. Nowhere is this more difficult than in the realm of political advertising and the highly charged issues that are often addressed therein. After further review, we have made the decision to allow the content in question from Rep. Blackburn’s campaign ad to be promoted on our ads platform.”

“While we initially determined that a small portion of the video used potentially inflammatory language, after reconsidering the ad in the context of the entire message, we believe that there is room to refine our policies around these issues.”

But there’s more, more that involves neither woman or Twitter. As noted here at NewsBusters  by Kristine Marsh, there was this, also about the Weinstein scandal. The headline:

“Thursday night on NBC’s media entertainment news program Access Hollywood, a former reporter for The New York Post’s Page Six revealed that many media outlets knew about Harvey Weinstein’s sexual assault allegations long before they were broken by The New York Times, one week ago.

Reporter Paula Froelich shared with anchor Natalie Morales, one personal encounter she had with Weinstein, nearly twenty years ago, and explained in great detail how she was pressured and threatened by Weinstein and by other media outlets, to stop her story that would expose the Hollywood mogul.”

Add to this the story that reporter Ronan Farrow took his original Weinstein story to NBC - and they rejected it, which is how Farrow’s blockbuster story wound up in The New Yorker.

So what do we have here? What we have is a cautionary tale - make that multiples of cautionary tales - about media outlets (Twitter in this case) using their power to censor speech they don’t like. Yes, the McGowan account was unlocked once the private phone number issue was resolved. And yes, Twitter had second thoughts about a video sponsored by a Member of Congress. But in both cases there is more than a whiff of a reminder that Twitter - along with Facebook, Google and You Tube - have now acquired massive power to decide what the American and global public will be allowed or not allowed to see.

And the episode that reporter Froelich reports on being threatened both by Weinstein “and other media outlets” to not run her story, added to Farrow’s tale of problems with NBC over his Weinstein story makes for one very serious set of tales about the power of media - liberal media - to protect their favorites.

Recall well at the dawn of the Internet age that Newsweek had the story of then-President Clinton’s dalliance with White House intern Monica Lewinsky and spiked it - only to have the redoubtable Matt Drudge get ahold of it and break the news on the Drudge Report.

The lesson here is obvious. Too much power in too few ideologically-based (read: liberal) media hands and there can be a serious problem with the American public knowing the basic facts of any story that might prove to be upsetting to the liberal agenda of the moment.

And one gets the uncomfortable feeling that we have seen only the tip of the proverbial iceberg here.