NBC Gets Intel Report Before Trump 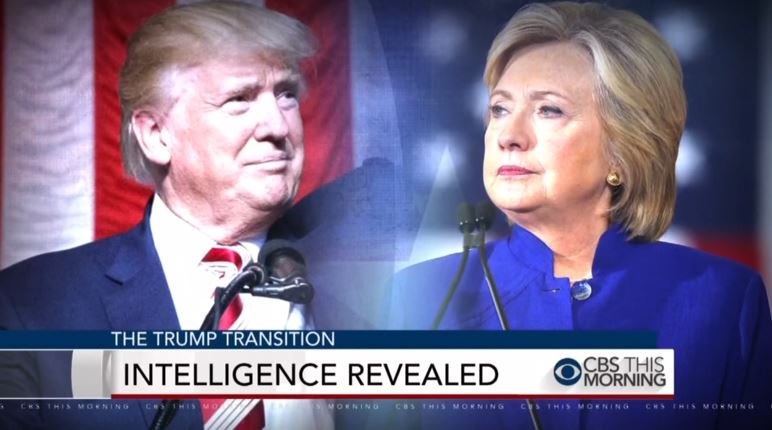 Donald Trump asked the right question in this tweet:

“How did NBC get "an exclusive look into the top secret report he (Obama) was presented?" Who gave them this report and why? Politics!”

But buckle in. This is what the Trump White House - or any GOP White House that is elected to change the way government is run - will face. The formula works this way.

The new President or someone in his administration - a senior staff member, a Cabinet officer - will privately discuss doing Change X. And in a heartbeat, someone somewhere in the bureaucracy, horrified that a proposed change to their world is being considered, will pick up the phone and make furtive contact with Reporter Y. Who will then promptly write up the story for Media Outlet Z in terms that will make Change X look like a cross between Armageddon and World War III. The goal is always the same: make the President look like an idiot if not the second coming of Hitler.

Make no mistake, this NBC story is Exhibit A of just how this game is played. Here, at the NBC website, is the headline:

The source described the intelligence about the celebration, first reported by the Washington Post, as a minor part of the overall intelligence report, which makes the case that Russia intervened in the election.

‘Highly classified intercepts illustrate Russian government planning and direction of a multifaceted campaign by Moscow to undermine the integrity of the American political system,’ said the official.

This is a disgrace. The effort should be made right now to find out who leaked this and they should be fired pronto.

On Thursday evening I raised just this point in a discussion with former Clinton Secretary of Labor Robert Reich on CNN’s Anderson Cooper 360. Our chat was picked up by the far left site Raw Story which ran it here with this headline:

Now mind you, this chat with Secretary Reich occurred the night before NBC revealed that they had access to the report that had been delivered to President Obama. Catch this from the Raw Story account of what Reich and I said in our back and forth:

Lord continued that when they disagree with Trump and attack him. ‘They’re going to attack him anonymously in the press. They’ll attack through their allies on Capitol Hill,”’Lord predicted.

Reich was shocked. ‘The CIA and NSA are going to attack Donald Trump? Is that what you’re alleging?’

Lord alleged that all of the anonymous stories being leaked citing intelligence officials are exactly what he’s predicting.

‘Wait a minute, wait a minute,’ Reich stopped. ‘I want to understand something. You’re saying that there is a conspiracy of some sort, that you have all the intelligence agencies conspiring and they’ll try to bring Donald Trump down? Is this the assumption here?’

Lord said that leaks happen in Washington and it’s amateurish to claim otherwise.

This exchange took place at approximately 9:30pm on Thursday night. And by 9:02 am Friday morning - barely 12 hours later - there was a leak from an intelligence community source to NBC News writ large on the NBC website attacking Trump based on a supposedly top secret intelligence report that was written for President Obama and had yet to be shared with President-elect Trump.

What is vividly on display here is the degree of coordination between liberal bureaucrats and their liberal allies in the media. This current example may involve the “intelligence community” but rest assured as the Trump era moves forward we will see this same drama play out in one government agency after another.

In this corner the most likely bets are the Environmental Protection Agency and the Justice Department, both areas seen by liberals not as government agencies responsive to the elected President but as their private political preserve where the Liberal Way Of Doing Things is held sacred and must never - ever! - be disturbed.

Speaking of the Justice Department, with confirmation hearings set for next week on the nomination of Senator Jeff Sessions to be Attorney General the liberal media machine is already in motion. Examples?

Here at the Huffington Post is the breathless news that - shocker! - liberals disguised as law professors are set to oppose the entry of a conservative into the liberal lala land that is the Justice Department. The headline:

More Than 1,300 Law Professors Oppose Jeff Sessions For AG
His civil rights record is awful and he was rejected as a federal judge for being too racist, they write to senators.

In an open letter to leaders of the committee, which will hold confirmation hearings for Sessions next week, professors from 178 law schools raise concerns about the Alabama senator’s ability to treat black people fairly given what happened during his 1986 bid to be a federal judge. His nomination was rejected, in a bipartisan vote, over allegations he called a black attorney “boy” and suggested a white lawyer working for black clients was a race traitor, among other issues.

“Nothing in Senator Sessions’ public life since 1986 has convinced us that he is a different man than the 39-year-old attorney who was deemed too racially insensitive to be a federal district court judge,” reads the letter.

Nowhere is there mention that the borking of judicial nominee Sessions helped, ironically, elect him to the very Senate that had refused to confirm him. A Senate where, after long since working elbow to elbow with him, many regret their appalling treatment of the man. Indeed, the late Pennsylvania Senator Arlen Specter confessed of Sessions before his own death that "My vote against candidate Sessions for the federal court was a mistake because I have since found that Sen. Sessions is egalitarian.” Well exactly.

But this will not stop the liberal media smear machine from doing its thing.

So as the Senate gears up for confirmation hearings, and the President-elect finally gets a sit down with intelligence officials who, at a minimum, have somewhere a “trusted” employee (if not themselves) who leaked their confidential report to NBC before the President-elect of the United States could see it, America is getting a really good look at exactly the kind of disgraceful behavior that has brought Washington into such miserable disrepute with so many. The kind of behavior - no small accident - that played a role in making Donald Trump president in the first place.

Stay tuned. There will be more of this kind of thing to come from the anti-Trump liberal bureaucracy/media axis. Count on it.