Call it Trump paranoia. Or Trump Derangement Syndrome Be afraid. Be very afraid.

That is the unsubtle message from The New Yorker magazine this last week as its cover flap promoted the notion in big and bold white letters:

TRUMP
And The White Nationalists
By stoking paranoia about immigration, Trump has energized
the far right and is creating chaos in the G.O.P.

Once inside the magazine the actual headline on the article by Evan Osnos - in capital letters - warns of “THE FEARFUL AND THE FRUSTRATED.” 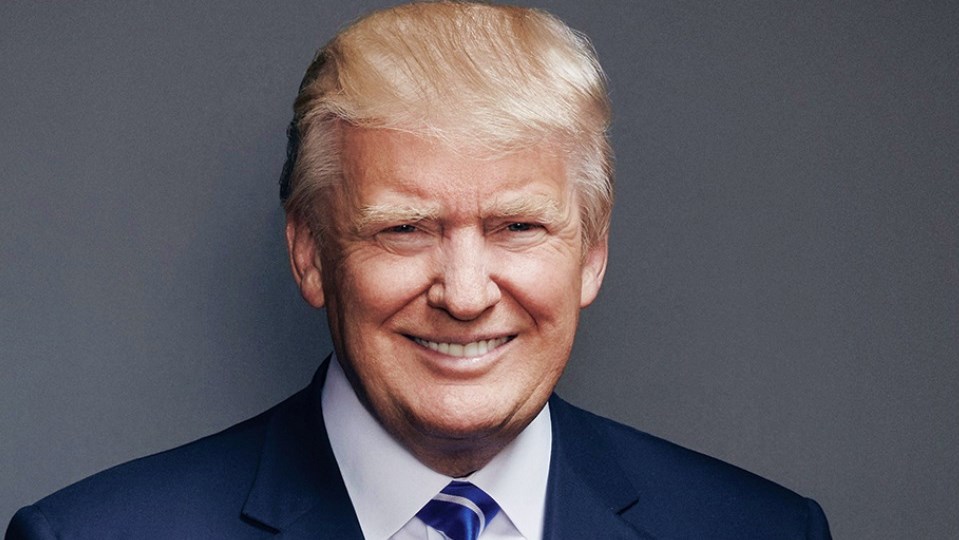 One presumes that when the openly racist New Black Panther Party delivered the White House to Barack Obama The New Yorker and its liberal allies would have been similiarly fearful, with a New Yorker cover reporting on this with the same alarm they express over Donald Trump. After all, this is the group that goes on "Black Power Radio" to snarl of whites: “Our feet will be on your motherf***ing necks.”

Say what???!!!  You mean you didn't know the New Black Panthers were responsible for electing Obama? Well, gee. Where have you been? The leadership of the NBPP says right here  that they elected Obama. The exact quote:

"The New Black Panther Party (NBPP) chairman wants to remind Attorney General Eric Holder and President Barack Obama that their organization “delivered” the president and his administration to office.  The New Black Panthers, who recently espoused their desire to hang whites and openly meet with a Holocaust-denying terror regime, believes Obama and Holder “owes them” a few favors."

So there you have it. President Obama was put into the Oval Office by the black nationalists. And there wasn't a peep of concern from The New Yorker? How about that?

Hello? Is Mr. Osnos really that gullible? Or is it something else?  After all, no presidential candidate, be their name Trump or Obama or anything else can control who endorses them. Surely Osnos is no dummy. He has to understand that political basic or he wouldn't have the smarts to do his job.

So it has to be something else that would generate this kind of nonsense.  The piece starts out with the usual "I met some Trump supporters and they are frustated" business. But then...but then. Osnos mires The New Yorker ever so gradually into the political swill that has passed for "sophisticated" liberal analysis of conservatives since William F. Buckley first appeared on the scene with the publication of God and Man at Yale all the way back there in 1951- a full 64 years ago.

"When the Trump storm broke this summer," writes Osnos, "it touched off smaller tempests that stirred up American politics in ways that were easy to miss from afar." (Right, you don't want to miss those far away - or is that far out? - tempests in American politics.) Then - as easy as you can say "Reagan began his fall campaign in Philadelphia, Mississippi where three civil rights workers were murderd by the Ku Klux Klan in 1965" - Osnos heads south, so to speak. He writes: "At the time, I happened to be reporting on extremist white-rights groups, and observed at first hand their reactions to his candidacy." Ahhhh here we go. The table is set for the stereotypical liberal rant of "conservatives/Republicans are racist, homophobic, sexists." Osnos does not disappoint - or - actually - he does.

On he plunges now with Trump "advancing a dire portrait of immigration" (its actually a dire portrait of illegal immigration, but hey, who cares?). Where to start with the journalistic brush now dipped in the inevitable mud? Why - the Nazis of course!  He writes: "On June 28th, twelve days after Trump's announcement, the Daily Stormer, America's most popular neo-Nazi news site, endorsed him for President."

But of course they did! The cool fact is that the neo-Nazis did their research, discovered that Trump's son-in-law Jared Kushner is Jewish and that daughter Ivanka converted to Judaism in 2009 and it makes perfect sense that Trump is the rabidly anti-Jewish candidate for president! The Nazis know in their hearts that a story like this one in the Times of Israel just has to be a clever lie. The headline:

When it comes to Jewish ties, no GOP candidate trumps Trump 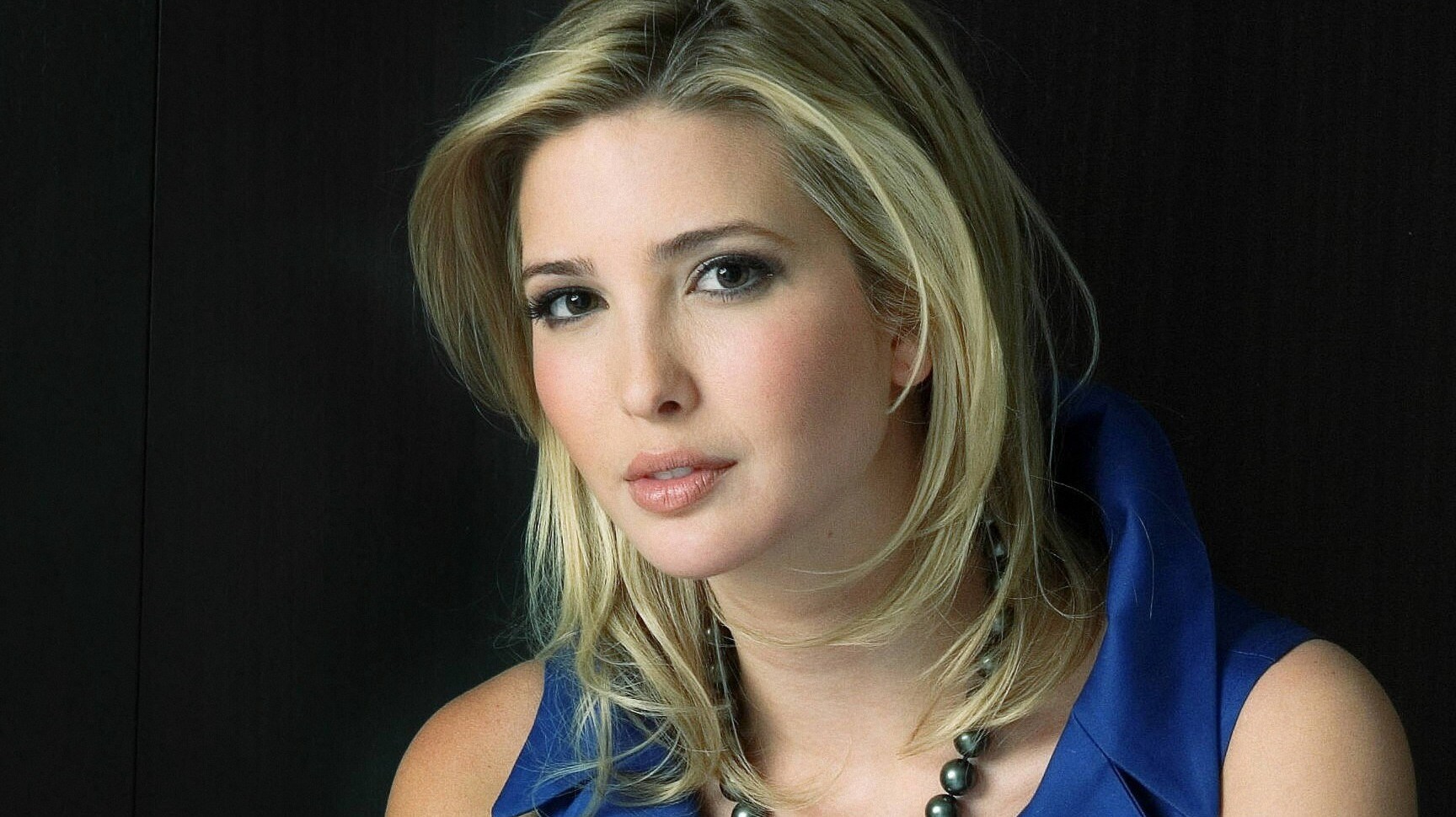 The story begins this way:

"NEW YORK (JTA) — Among the expansive field of Republican presidential candidates on display in the party’s first debates Thursday night, Donald Trump may be the most closely connected to the Jewish people.

Trump is from New York, works in professions saturated with Jews and long has been a vocal supporter of Israel. His daughter and two grandchildren are Jewish, the executive vice president of his organization is Jewish — and Trump certainly has chutzpah."

So, of course, it makes absolute perfect sense that American neo-Nazis would gather under their burnished busts of Hitler and endorse The Donald knowing full well he will welcome them with open arms! Osnos does allow that "in the past" some "white nationalists" had called Trump a "Jew-lover" but...but...wait for it..."the new tone of his campaign was a revelation." The tone! The tone! It's all about tone! Where else but in the pages of The New Yorker could the Nazis be made to sound like Jeb Bush?

From the Nazis for Trump Osnos continues on to - wait for it because you know its coming - the Klan! But of course the Ku Klux Klan would love Donald Trump! This makes perfect sense in liberal la-la land because the liberal mind loves to forget that the Klan was - yes indeed  - a creation of Democrats. Or, as University of North Carolina historian Allen Trelease puts it, the purpose of the Klan was to serve as "the terrorist arm of the Democratic Party". Or as Columbia University's Eric Foner describes the original hoodies "a military force serving the interests of the Democratic Party." Tying conservatives to the Klan is old shoe for liberals.

Heck, the young Bill Buckley's book was written up in the now long-defunct liberal magainze Saturday Review as  having "the glow and appeal of a fiery cross on a hillside at night. There will undoubtedly be robed figures who gather to it, but the hoods will not be academic.They will cover the face." From Buckley to Reagan and now to Trump, the Klan is always busy. (Ironically, Osnos attends an event in Alabama and spies a book being sold called Authentic History of the Ku Klux Klan. Is the book filled with the stories of all those Klan members elected or appointed to high office as Democrats? Osnos doesn't say. Hmmm.)

But fear not for the GOP. Nope. Not to worry. Osnos has tracked down "a great many Republicans (who) are mortified by Trump - horrified by his campaign of fear, embarrassed that others in the Party are not, and desperate to move on." Surely these are the same kind of Republicans who find Dwight Eisenhower a huge embarrassment. After all, it was Ike's 1950's Trump-style project that forcibly deported hundreds of thousands of illegals back to Mexico, repeatedly cheered on by The New York Times.   Alas, Osnos doesn't inquire about the embarrassment that is Ike.

A story updating the "conservatives/Republicans are racist" meme wouldn't be complete without bringing in Dylann Roof, the "young racist" who murdered nine members of a black church in Charleston, South Carolina this summer. Mysteriously left out of the story is that Roof was characterized by friends  as "big into segregation." Segregation, of course, the driving force behind the political power of the progressives in the Democratic Party for a century - after the party stopped supporting slavery. The idea that the beating heart of leftist politics for all those years drove Roof to mass murder will certainly not be printable in The New Yorker. No, no - those kind of people are inspired by Donald Trump.