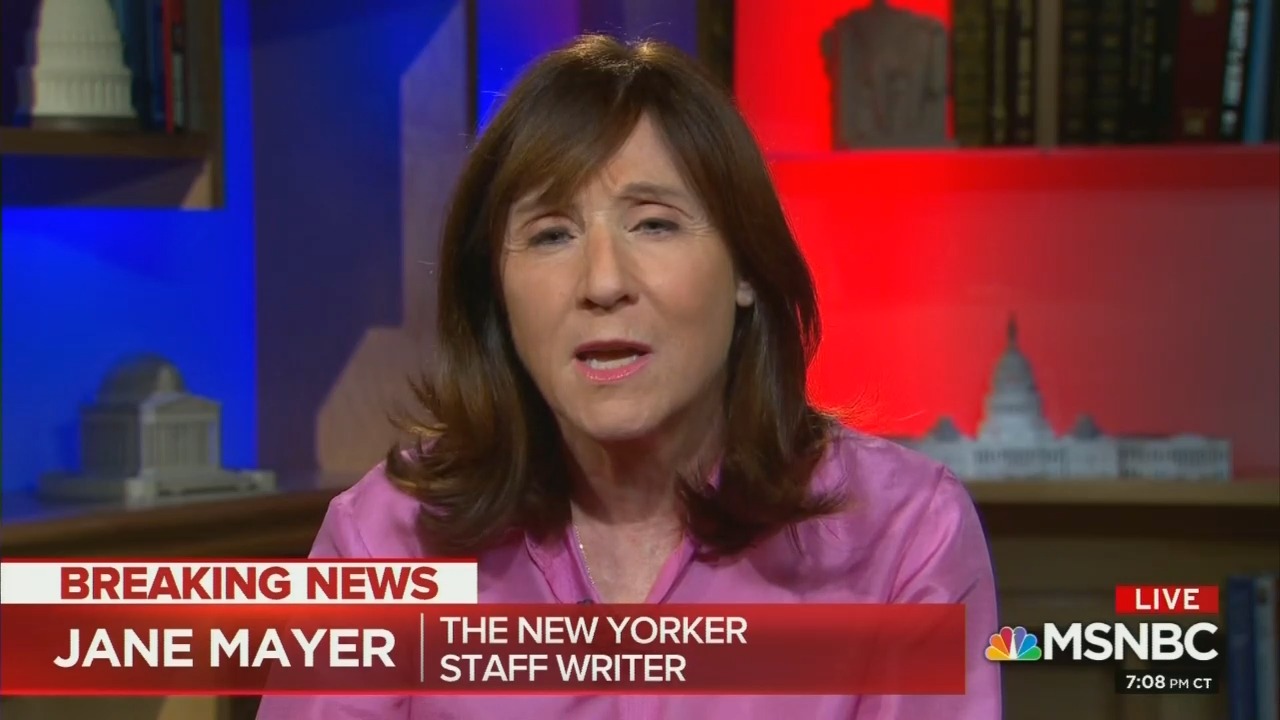 Remember back when a solid sense of skepticism was considered a prerequisite for working in journalism? Looks like that ethos is long gone and discarded.

Bharara, one of many US attorneys fired by the incoming Trump administration in early 2019, a standard practice when the opposing party gains control of the White House, now opines about politics on his Stay Tuned with Preet podcast.

Mayer spoke with Bharara on Oct. 4 while she was making the rounds to tout her reporting on Kavanaugh co-written with Ronan Farrow. In the article, Mayer and Farrow allege that Kavanaugh exposed himself to a female Yale classmate in the early '80s during a rowdy party and inadvertently caused her to touch his penis, an unsubstantiated claim that Kavanaugh vehemently denied.

BHARARA: Do you have a view on whether or not Brett Kavanaugh should be on the Supreme Court?

MAYER: You know, I try to not even think like that. (laughs)

BHARARA: You anticipated my next question (crosstalk), I was going to ask you, for a journalist, you or Ronan Farrow or anyone else, I mean, maybe you personally have a view and you're entitled to that. But how you keep that from infecting your reporting?

MAYER: It's just the way a doctor or some other professional would deal with a situation. You just have to be professionally detached and whether you want this person on the court or not, if this person committed a sexual assault, even if they were your favorite candidate you would still be beholden to the public to have to put that information out. And even if they're your least favorite candidate and somebody's making a false allegation, you would be beholden to get that information out.

So not only is the burden of proof now falling on those accused of sexual misconduct while the presumption of innocence is deemed an anachronism -- but false allegations are considered fair game. Unless, of course, the accused is a Democrat.

I'm reminded of a scene from the 1994 Ron Howard movie The Paper, loosely based on a New York City tabloid, with the editors in a meeting discussing the next day's stories. Two black teens have been arrested as suspects in the murders of two white bankers and editor Henry Hackett (Michael Keaton) has reason to believe they were not involved. Regardless, managing editor Alicia Clark (Glenn Close) wants to run a front-page photo of the teens with the blaring headline Gotcha.

As if sensing she'd just stepped in it, Mayer quickly cited an example of reporting by her and Farrow earlier in the year that could not be cited as an example of liberal bias --

MAYER: And I think, you know, the best way to illustrate how this is not a political job is that the last story that Ronan Farrow and I worked on prior to the Kavanaugh story was about Eric Schneiderman, the attorney general at the time of New York state. It would be hard to find a more outspoken critic of Donald Trump and someone more up to his eyeballs in the fight against Trump. So if this were political and we were just trying to help one side of politics and not the other, we would never have written that story which resulted in Eric Schneiderman having to step down in two hours and 57 minutes from his job.

BHARARA: Did you have a stopwatch? (laughter from both). That's very precise, Jane.

That Mayer may have it in for Kavanaugh is hardly surprising, considering that she also smeared Supreme Court justice Clarence Thomas, another conservative high court nominee accused of sexual misconduct without evidence to support the claim, in the book Strange Justice co-written with future New York Times executive editor Jill Abramson.