Well into the second year of his presidency, Donald Trump continues to display a remarkable ability to compel liberal critics to sound even more ridiculous than they usually do.

Such was the case last night on MSNBC when Rachel Maddow spent a considerable amount of time ruminating over news that Trump had disregarded the advice of aides and congratulated Russian President Vladimir Putin for winning re-election.

Stopping short of describing the situation as a "crisis", Maddow actually claimed that Trump's actions constituted a "national security problem." As if you didn't have enough trouble sleeping at night, now there's this:

MADDOW: The reason we know that the President ignored his national security advisers' explicit warning not to congratulate Russian President Vladimir Putin on his, quote, election this weekend is because somebody very close to Trump, somebody with access to his briefing papers for that call apparently leaked that fact to the press.

Why did a presidential adviser do that? We don't know. I think we can answer the question though of whether we have seen anything like that before in terms of an American president having his advisers basically pull the fire alarm on him on a matter of national security, basically alerting the American public to a national security problem that derives from the president. Has that ever happened before?

Whereupon Maddow introduced "NBC News presidential historian" Michael Beschloss who predictably claimed that this sort of thing is unprecedented, as Beschloss always does when he's asked about Trump. 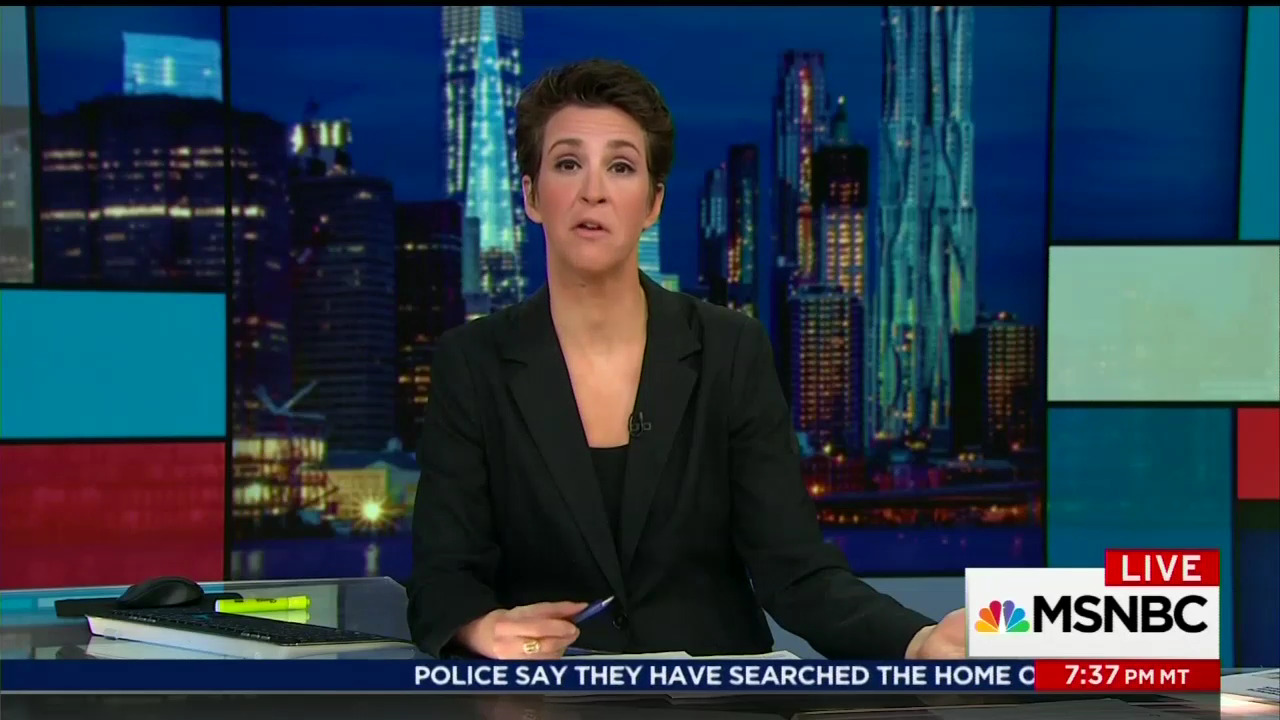 Left unaddressed by Maddow and Beschloss was any elaboration as to the specific "national security problem" caused by Trump's call to Putin. After all, then-President Barack Obama also phoned Putin to congratulate him after winning the Russian election in March 2012, as was widely reported at the time. A search through the video archives of Maddow's program from that month reveals that if she had any qualms about Obama's decision to praise Putin for his election "win", she kept them to herself.

No, the only actual "problem" here is that Trump apparently disregarded the advice of subordinates, even though their suggestion was not so helpfully written in capital letters, the universally understood equivalent of shouting. Maddow clearly needs to be reminded that it was Trump who was elected president, not his advisers. Perhaps during her next schmooze with Beschloss, she can ask for examples of presidents ignoring their aides' recommendations. It would make for a long conversation.