Quite Possibly the Funniest Thing That Brian Williams Has Ever Said

For years I've wondered if former NBC news anchor Brian Williams is an aspiring stand-up comic. What he said last night on The 11th Hour sealed it -- this guy can make people laugh, albeit not always intentionally.

Williams's repeated episodes of fictional story telling fobbed off as news, often accompanied by exaggerations of his journalistic heroics, led to his downfall from NBC in 2015. He was back seven months later in a lesser role, consigned to the purgatory that is late night on MSNBC.

Rather than tell you outright what Williams said, I defer to a video of his remarks. Better to hear it directly from him --

"As we talked about here last night, fake news played a role in this election and continues to find a wide audience."

Yes, Williams actually said that, and while managing to keep a straight face. Just giving the guy credit where it's due. 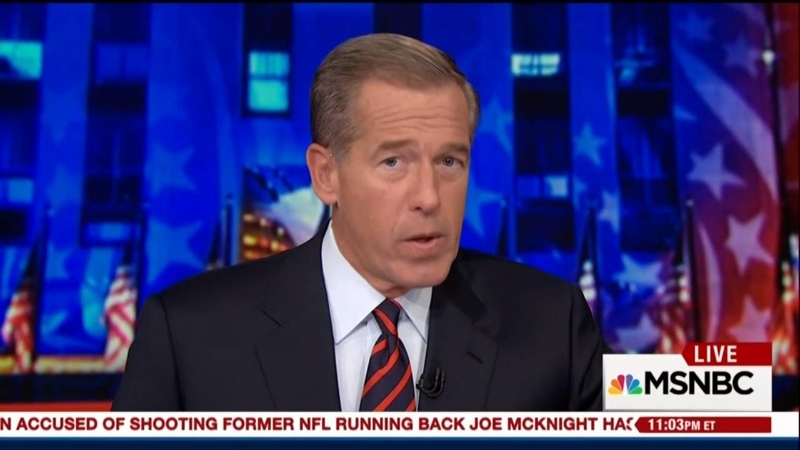 His decrying of "fake news" suggests that MSNBC is no place for this sort of thing. But if that were true, shouldn't MSNBC refrain from having Brian Williams -- of all people in the network's employ -- report on fake news to begin with? At the very least, shouldn't some sort of disclaimer run across the bottom of the screen, something to the effect -- "Warning: MSNBC anchor condemning fake news has repeatedly engaged in the practice."

If there's an Emmy for chutzpah, Williams just won it.