Conservatives should get over their fixation with Ronald Reagan, liberals often announce.

Maybe so, but conservatives might be more willing if liberals would stop gratuitously maligning an immensely popular and consequential leader with their pernicious, self-serving mythology. Don't hold your breath for this -- Reagan occupies a spot between Richard Nixon and George W. Bush, though still well below Joseph McCarthy's perennial top ranking, on the Official List of Liberals' Most Loathed Republicans.

Yesterday on PoliticsNation, for example, the place where MSNBC parked racial arsonist Al Sharpton to keep him away from prime time but still in the lineup to help maintain their specious claim of offering diverse opinion, one of Sharpton's invariably like-minded guests, former New York Times columnist Bob Herbert, made an assertion about Reagan that is deceptive and threadbare from overuse on the left --

HERBERT: I think an important point to consider is this -- Trump didn't occur in a vacuum.

HERBERT: And they tried to show that he's some kind of deviation from the Republican norm. He's not really. He's just more outspoken. Do we remember Lee Atwater and the tricks that he used to play? Do we remember that after Ronald Reagan secured the Republican nomination for president in 1980, his first stop was Philadelphia, Miss., where the three civil rights workers had been murdered ...

SHARPTON: (Andrew) Goodman, (James) Chaney and (Michael) Schwerner were murdered in Philadelphia. (The three men were Congress of Racial Equality freedom riders slain by the KKK in June 1964).

HERBERT: Exactly. This has been a pattern for the longest time and now it's coming to a head.

Yes, it was Reagan's first stop after the GOP convention that year in Detroit (July 14-17) -- providing that you ignore his rally in Houston with George Bush (July 19), his welcome-home rally in Los Angeles (also on July 19), and his appearance at an Olympic event (held in lieu of the US boycotting the Moscow Olympics) in Irvine, Calif., on Aug. 2. 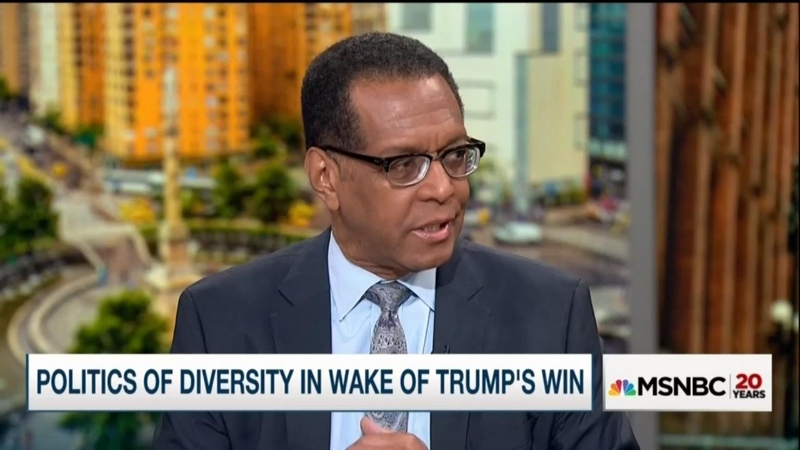 The actual reason Reagan spoke at the county fair in Neshoba County, Miss., on Aug. 3? To paraphrase Willie Sutton, that's where the votes were. The fair, then in its 89th year, drew tens of thousands of visitors annually and was the subject of a feature story as "Mississippi's Grand Reunion" in the June 1980 issue of National Geographic. (Reagan cited the article in his remarks and asked attendees how they managed to stage the event without of federal assistance).

While Mississippi has voted Republican for decades, such was not the case in 1980, which Herbert and others regurgitating this slander never bother to mention. Four years earlier, Democrat Jimmy Carter won the state by a mere 14,000 votes over incumbent GOP president Gerald Ford. That fall, Reagan beat Carter in Mississippi by less than 12,000 votes.

Ever notice how liberals never actually quote what Reagan said that day, aside from vague references to him touting "states' rights"? The reason is straightforward -- the more they get into specifics, the shakier their assertion gets.

It's not as if Reagan's 15-minute speech, filled with jokes and digs at Jimmy Carter, can't be found in the public record. It's just that anyone taking the time to listen learns that its alleged dog-whistle racism is beyond the ability of all but the most jaded leftist to discern.

Here is the actual context of Reagan referring to states' rights in the speech (at 9:44 in accompanying video). Notice the lack of a reaction from the audience when Reagan said it --

Over recent years with the best of intentions, they have created a vast bureaucracy or bureaucratic structure, bureaus and departments and agencies, to try and solve all the problems and eliminate all the things of human misery that they can. They have forgotten that when you create a government bureaucracy, no matter how well intentioned it is, almost instantly its primary priority becomes preservation of the bureaucracy.

Today, and I know from our experience in California where we reformed welfare, I know that one of the great tragedies of welfare in America today, and I don't believe the stereotype after what we did, of people in need who are there simply because they prefer to be there, we found the overwhelming majority would like nothing better than to be out, with jobs with a future and out here in society with the rest of us. The trouble is, again, that bureaucracy has them so economically trapped that there is no way they can get away and they're trapped because that bureaucracy needs them as a clientele to preserve the jobs of the bureaucrats themselves. (Loud applause and cheers)

I believe there are programs like that, programs like education and others, that should be turned back to the states and the local communities with the tax sources to fund them, and let the people (inaudible over more applause).

I believe in states' rights. I believe in people doing as much as they can for themselves at the community level and at the private level and I believe that we've distorted the balance of our government today by giving powers that were never intended in the Constitution to that federal establishment.

Sentiments echoed 16 years later by Democrat Bill Clinton when he said in his State of the Union address, "the era of big government is over." Difference being, Reagan actually meant it.

In the week after Reagan spoke at the fair, he delivered a major speech to the Urban League, met with the editorial boards of Ebony and Jet magazines, and visited Vernon Jordan in a hospital -- all obvious signs of a hard-bitten racist.

Three years after Reagan's appearance at the Neshoba County fair, Democrat John Glenn spoke there in his run for president, as did Democrat Michael Dukakis during the '88 campaign. Both have somehow managed to avoid the racial defamation routinely hurled at Reagan.

Meanwhile, Jimmy Carter chose a curious locale to deliver a speech over the Labor Day weekend, generally regarded as the start of the general election campaign -- Tuscumbia, Ala., then site of the national headquarters of the Ku Klux Klan. Earlier in the year, Carter complained about federal housing policies that sought to "inject black families into a white neighborhood just to create some sort of integration." Yes, that was the saintly Jimmy Carter, not David Duke.