MSNBC's Maddow: US Bombed Laos For More Than a Decade for No Apparent Reason

When it comes to liberals, what they omit from their narratives can be just as misleading as what they include.

Case in point: Rachel Maddow reporting on MSNBC last night about President Obama's visits to the nations of Laos and China. As the destination of a presidential visit, China makes sense but why Laos, you may wonder.

MADDOW: I once worked for a radio network called Air America, liberal radio network, it no longer exists. That Air America, not to be mistaken for the 1990 comedy, "Air America," starring Mel Gibson and Robert Downey Jr. Honestly, not that great a movie. That was a movie that got basically every single fact wrong, but it was loosely based on a true story.

There was an airline called Air America that was secretly owned by the CIA. It was a passenger and cargo airline that moved troops and refugees and goods to and from the country of Laos. It was part of the largest paramilitary operation the CIA has ever taken on. The US secretly directed local forces in Laos and secretly had our own troops in Laos and Air America -- the airline, not the stupid movie or the radio network -- Air America was a front for that big, paramilitary operation, and that lasted forever. That paramilitary operation went on for 13 years and during those years the US dropped more than two million tons of bombs on Laos. That's more than what US planes dropped on Germany and Japan during World War II. Per capita, Laos is the most heavily bombed country ever.

"Our incredible history in that country," Maddow proclaims (!) -- after her bare-bones take on "the largest paramilitary operation" ever conducted by the CIA, seemingly apropos of nothing. The closest Maddow comes to providing any rationale for the extended bombing of a small Asian country is when she notes in passing that the US "secretly directed local forces" and "secretly," again, sent our own forces into Laos.

It borders on comical for Maddow to imply that all this secrecy was a terrible thing, especially for Laotians at the receiving end of all those American bombs, while she provides her own version of secrecy -- a perverse unwillingness to shed any light whatsoever as to why the United States did this. 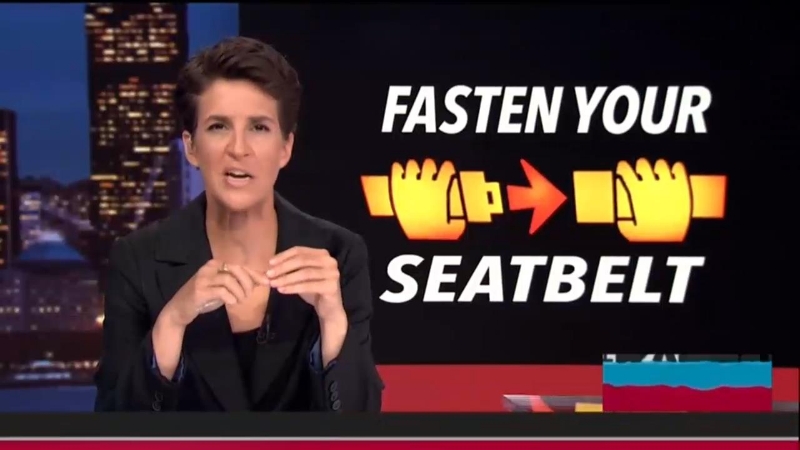 Maddow does, however, point out the United States dropped more bombs on Laos than it did on Germany and Japan -- "during World War II." But for some reason she can't bring herself to acknowledge that the conflict in Laos was part of what is widely remembered as the Vietnam War.

While Maddow is content to convey the impression that the US bombed Laos back to the Stone Age due to Amerika's inherent bellicosity, especially when it comes to defenseless people of color, the actual rationale was defensible. The Geneva Accords, at first in 1954 after the French defeat at Dien Bien Phu and again in the early '60s, established the neutrality of Laos with its uneasy proximity to communist North Vietnam and the US-allied South.

As conflict worsened between North and South Vietnam, North Vietnam repeatedly violated Laotian neutrality by moving troops and weapons across the border and then south over what came to be known as the Ho Chi Minh Trail. Complicating matters was a civil war in Laos between the US-backed royal government and Pathet Lao communist rebels supplied by North Vietnam. US support for the government in Laos initially came from two Democrats in the White House, John F. Kennedy and Lyndon Johnson, which helps explain Maddow's reticence. The North Vietnamese and Viet Cong also funneled troops and supplies where the Ho Chi Minh Trail passed through Cambodia, violating that country's neutrality and forcing President Richard Nixon to order bombing raids and US troops to cross the border to destroy communist sanctuaries.

None of this matters to leftists like Maddow when they prattle on about our "incredible" history in southeast Asia. What they deem "incredible" is only the parts that make America look predatory and shameful, at least for anyone not inclined to go beyond their superficial claims.

CO-HOST GAYLE KING: President Obama spent his second day in Laos paying tribute to its people and the culture there. The president visited a northern city known for its Buddhist temples where he spoke to students. He also victims of American bombing from the Vietnam War and promised more money to help them. ...

MARGARET BRENNAN: President Obama says the US has a moral responsibility to help the victims of America's secret war in Laos. It was one of the largest covert CIA operations in history and it left Laos the most heavily bombed country in the world. The prosthetic limbs dangling above President Obama were a stark reminder of the wounds still caused by the American bombing decades ago.

OBAMA: We are reminded that wars always carry tremendous costs, many of them unintended.

Other horrific costs -- genocide by leftist savages in Cambodia, forced relocation into hellish re-education camps for countless Vietnamese, and many others risking their lives on the high seas after the communists seized control of South Vietnam, and then Cambodia, and then Laos in 1975, the dominoes that liberals insisted would never topple -- must remain unmentioned by Democrat leaders and their left-wing soulmates at MSNBC. At least CBS was willing to tell its viewers why the US dropped those bombs on Laos --

BRENNAN: During the war in neighboring Vietnam, US warplanes dropped 270 million cluster bombs on Laos to cut off enemy supply lines. Eighty million of those bombs did not explode and there have been more than 20,000 casualties since the war ended.

Implied but not stated outright is that those enemy supply lines were in place before the US began bombing them, in a country that was ostensibly neutral. Don't hold your breath waiting for a reporter accompanying Obama on yet another quasi-apology tour to ask him if the communists and their apologists in America bear any responsibility for the carnage in Laos, Cambodia and South Vietnam.