Having shown her affinity for the nonsensical when it comes to the oil export ban, Daily Beast columnist Eleanor Clift has now demonstrated her refusal to accept the reality of three major economic booms in the United States over the last century that were preceded by major tax relief.

Appearing as one of the regular panelists on this weekend's McLaughlin Group, Clift made a claim that was laughable even by the elastic standards of the left.


Here's what Clift had to say during a discussion of last week's GOP debate when Sen. Ted Cruz cited tax cuts under presidents Coolidge, Kennedy and Reagan as catalysts for prosperity --

MCLAUGHLIN GROUP MODERATOR JOHN MCLAUGHLIN: Who summed it up (alluding to Cruz) by citing Coolidge, JFK -- Coolidge was a president, Eleanor ...

CHICAGO TRIBUNE COLUMNIST CLARENCE PAGE: That dynamic Coolidge administration, yes. (Which it actually was, though Page is surely being facetious).

CONSERVATIVE COMMENTATOR PAT BUCHANAN: Yeah, when Coolidge was president, John, the federal government used up 3 percent of GDP. It's now closer to 21 percent.

NRO CONTRIBUTOR TOM ROGAN: That was before my time.

CLIFT: Well, that's because the rates, when Eisenhower was president the marginal rate, if you made the big bucks, 90 percent of it went to the government. Reagan took it down to the (Clift looking to Buchanan for a lifeline) 30s ...

CLIFT: ...to 28 and, and, and the Treasury has never recovered, except under Bill Clinton who had a balanced budget, let's remember that, surplus.

Which helps explain why our allegedly bereft Treasury collected a record $3.2 trillion in taxes during fiscal 2015 that ended Sept. 30 -- $200 billion more than received in the preceding fiscal year. (And a decade after another round of tax cuts under George W. Bush). Clift's claim ventures beyond inaccurate and skirts the realm of idiocy. 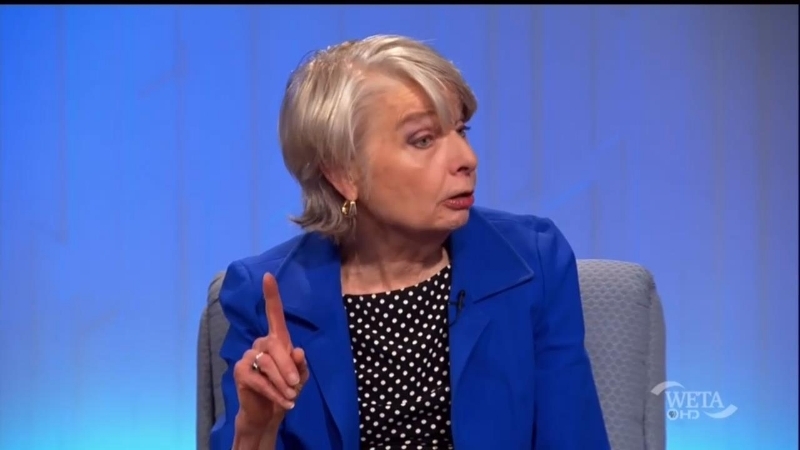 As to the specific presidential administrations cited in the discussion, the Heritage Foundation's Daniel J. Mitchell described what happened during them in a May 2001 paper titled "Lowering Marginal Tax Rates: The Key to Pro-Growth Tax Relief."

One of three major lessons to emerge from each era's tax relief, Mitchell wrote, was that "lower tax rates do not mean less tax revenue" --

The tax cuts of the 1920: Personal income tax revenues increased substantially during the 1920s despite the reduction in rates. Revenues rose from $719 million in 1921 to $1.164 billion in 1928, an increase of more than 61 percent (during a period with virtually no inflation).

Notice how Clift points out that the federal budget posted a surplus under Clinton, while she conveniently neglects to mention the central role of a GOP-controlled Congress in bringing this about.

But there was also a surplus in Lyndon Johnson's last year in office, despite the fact that federal spending rose dramatically to pay for LBJ's so-called Great Society and the war in Vietnam. Clift might have also mentioned this, considering Johnson's iconic status on the left. But doing so would effectively undermine her wishful belief that tax cuts succeed only in depleting the treasury.