The Brian Stelter Memorial Award for Worst Quote of the Year 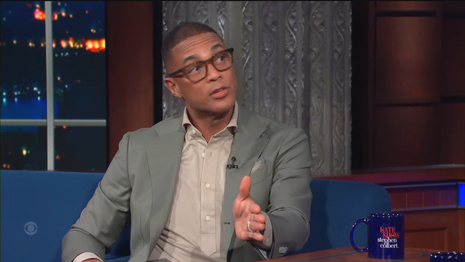 It was a challenging task, but an esteemed panel of NewsBusters editors led by MRC President L.Brent Bozell and MRC’s Vice President for Research and Publications Brent Baker, boiled down all the biased outbursts from lefty hack hosts, anchors, reporters and pundits in 2022 and declared a winner.

This year the winner is Don Lemon!

The CNN host won for his laugh-out-loud response to CBS Late Show host Stephen Colbert’s silly inquiry that “you guys aren’t allowed to be liberal anymore” under new CNN CEO Chris Licht’s leadership. To which Lemon absurdly responded: “I don’t think we ever were liberal.”

MRC President L.Brent Bozell announced: “The notion that CNN was never ‘liberal’ was so ridiculous on its face that it even caught lefty late-night host Stephen Colbert by surprise. It’s even more absurd coming from the man who has spent his CNN career attacking conservatives and advancing the left’s agenda.”

Lemon has also compared the Black Lives Matter and Antifa protests to the Boston Tea Party and once declared “the biggest terror threat in America is white men.” Lemon was demoted to the mornings this year after leading CNN’s ratings slide into the toilet. Which is fitting when you remember he made up 33 of their 195 s***hole mentions back in 2018.

Without further ado, here is the winner (followed by the top runners-up):

The following is a montage of the runners-up and winner:

“We could be six days away from losing our rule of law….A historian will say what was at stake tonight and this week was the fact whether we will be a democracy in the future, whether our children will be arrested and conceivably killed.”
— MSNBC presidential historian Michael Beschloss on MSNBC’s All In with Chris Hayes, November 2.

“CNN is one of the stations….of all the television broadcast networks and cable channels it pushed harder from 2016 to 2020 against Trump and it was part of the firewall that I think has saved democracy this far, under Jeff Zucker.”
— Baltimore Sun media critic David Zurawik on CNN’s Reliable Sources, February 6.