The Worst of Rick Wilson 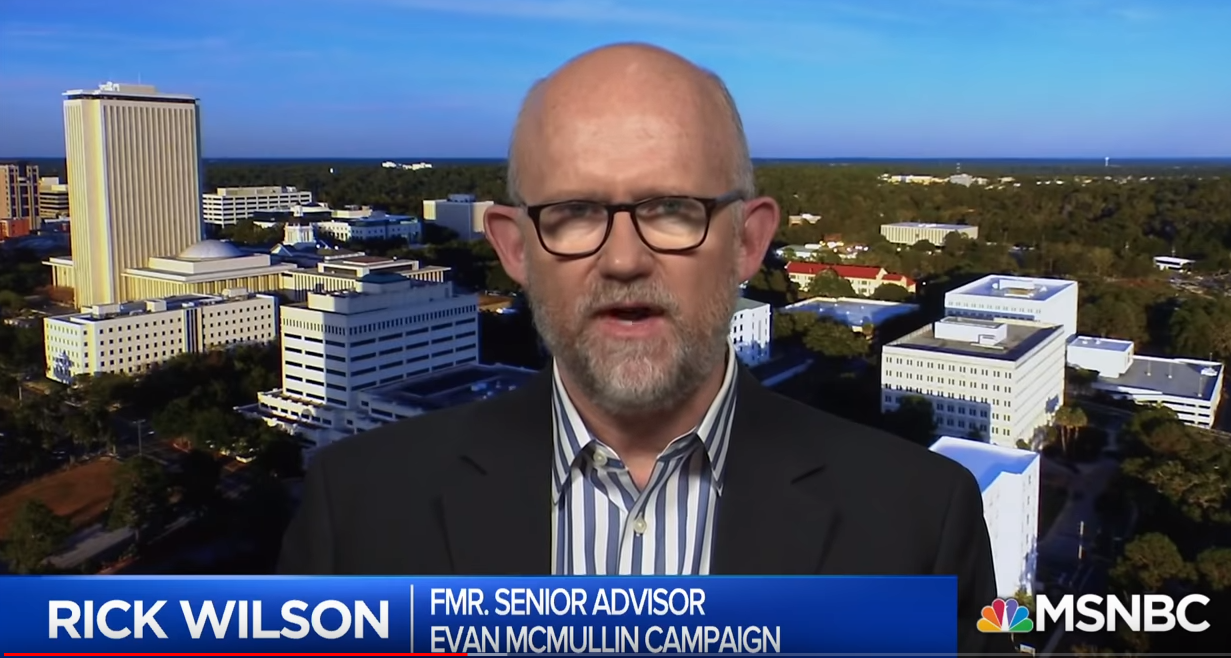 He’s MSNBC and CNN’s favorite Republican, he’s so-called “GOP strategist” Rick Wilson and he hates you -- especially if you are a “ten-toothed rube” “idolater” of Donald Trump.

Wilson most recently displayed his ugly hatred when he wished First Lady Melania Trump would be infected with the Coronavirus. He despises Trump so much he is easily fooled by fake tweets.

The following are just a few of the worst examples of Wilson spewing his venom against Trump and his supporters:

Rick Wilson and His CNN Friends Think You Are Stupid

GOP strategist Rick Wilson: “Donald Trump couldn’t find Ukraine on a map if you had the letter ‘U’ and the picture of an actual physical crane next to it. He knows that this is a, you know, an administration defined by ignorance of the world, and so that’s part of him playing to their base and playing to their audience, you know, the credulous boomer rube demo that backs Donald Trump -- that wants to think that ‘Donald Trump’s the smart one, and y’all – y’all elitists are dumb!’”

CNN contributor Wajahat Ali: “You elitists with your geography and your maps and your spelling!”

Wilson: “Your math and your reading!”

Ali: “Yeah, your reading, you know, your geography, knowing other countries, sipping your latte!”

Wilson: “All those lines on the map!

Ali: “Only them elitists know where Ukraine is! Sorry, I apologize.”

Rooting for a Recession

Rick Wilson: “Bring on the recession if it means that you replace --  and I say this as a Republican of the Teddy Roosevelt variety, if you replace a goddamn oil lobbyist who runs the fucking EPA right now with a human being.”

Comparing Trump to Saddam and His Supporters to Nazis

CNN analyst Steve Cortes: “I'd encourage you to go to a Trump rally because you'd feel nothing but patriotism.”

Rick Wilson: "If I want to do that, I'll just watch Nuremberg videos....Donald Trump does not inspire fear for no reason. He does it deliberately. It is a deliberate strategy. It is used frequently by authoritarian leaders in this world. The members of the Senate and the members of the House know the fundamental rule. Don't be the first guy to stop clapping when Saddam is speaking. Don't be the first guy to put your head up, or it's going to get cut off, and that has happened to an awful lot of Republicans. You know, we lost 42 Republican seats in 2018, and a lot of those people were the ones who dared to say something about Trump and then got slammed from the right by Trump's people and lost their seats. That is a -- he is a guy who governs entirely by fear in the minds of those people in the House and the Senate.”

Host Joe Scarborough: “Rick, there are times when I have been going, wait a second, were the liberals right? Were all those liberals that said the GOP was racist and —  all the things that I have been my entire life, evangelical, Southern Baptist, a proud southerner, you just go down the list, right now you look at it and, 95 percent of the people who voted for me when I was running a very different platform, they are all Trump supporters now.”

Rick Wilson: “I think Trump catalyzed some very dark things that we wanted to look away from for a long time. And we wanted to keep the crazy uncle part of the party in the closet. Whip them out to vote every couple years….The entire party is dedicated to being idolaters to Donald Trump.”