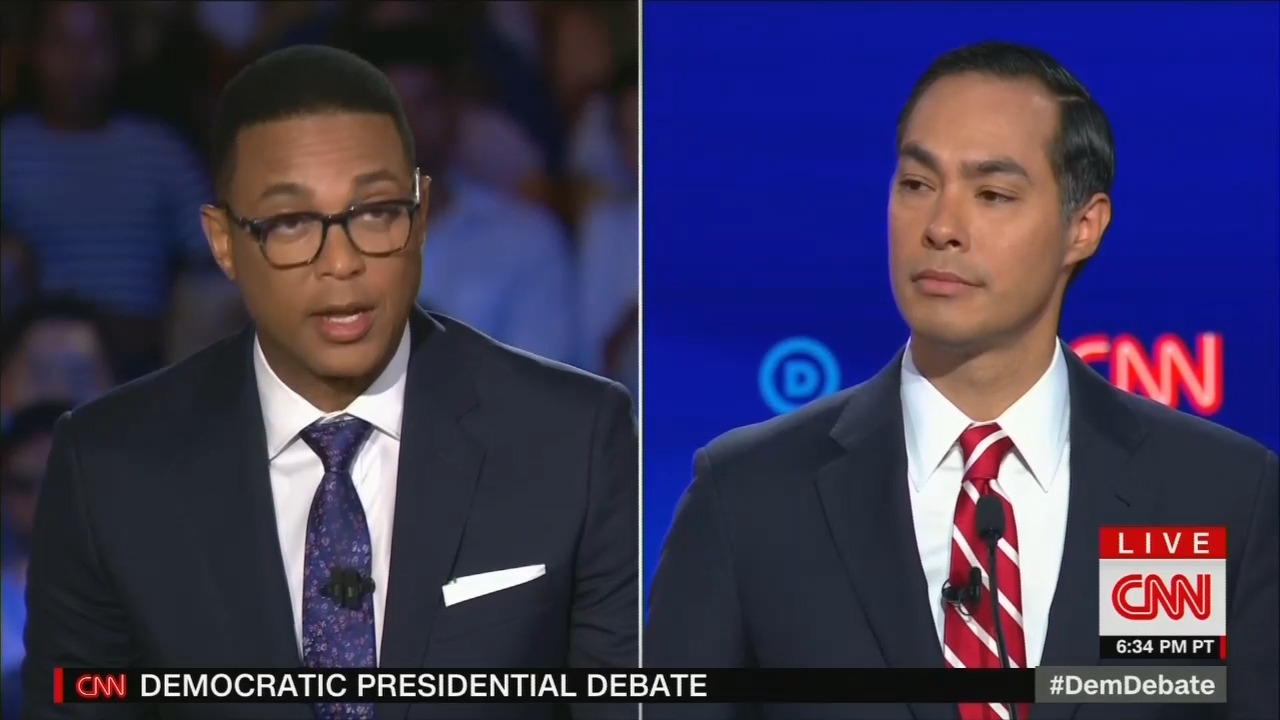 Don Lemon did it again. On the second night of CNN’s Democratic debate, the CNN Tonight host pushed the candidates on the stage to attack President Trump’s “racist rhetoric” and “racist tweets attacking Baltimore.”

Over the course of two nights Lemon, in his role as moderator, used his questions to pontificate on Trump’s “racism” – as if the Democratic candidates wouldn’t have done that anyway.

On the second night of the debate Lemon asked Senator Michael Bennet “Why are you the best candidate to heal the racial divide that exists in this country today, which has been stoked by the President’s racist rhetoric?”

A little later he asked former HUD Secretary Julian Castro to trash Trump’s Baltimore tweets: “Secretary Castro, after the President’s racist tweets attacking Baltimore and Congressman Elijah Cummings, the mayor of Baltimore slammed the tweets and said to the President – and I quote here – ‘Help us. Send the resources that we need to rebuild America.’ So what would you do for Baltimore and other cities that need help?”

On the first night, Lemon asked Congressman Beto O’Rourke: “President Trump is pursuing a reelection strategy based in part, on racial division. How do you convince primary voters that you’d be the best nominee to take on President Trump and heal the racial divide in America?”

Lemon also asked Senator Amy Klobuchar: “What do you say to those Trump voters who prioritize the economy over the President’s bigotry?”

Lemon also asked questions from the left on other topics like gun control. Lemon’s leftism during the debates was certainly not a surprise and was predicted by NewsBusters right before the first debate.

President Trump took exception with the CNN host’s first night performance as he tweeted: “CNN’s Don Lemon, the dumbest man on television, insinuated last night while asking a debate ‘question’ that I was a racist, when in fact I am ‘the least racist person in the world.’ Perhaps someone should explain to Don that he is supposed to be neutral, unbiased & fair.”