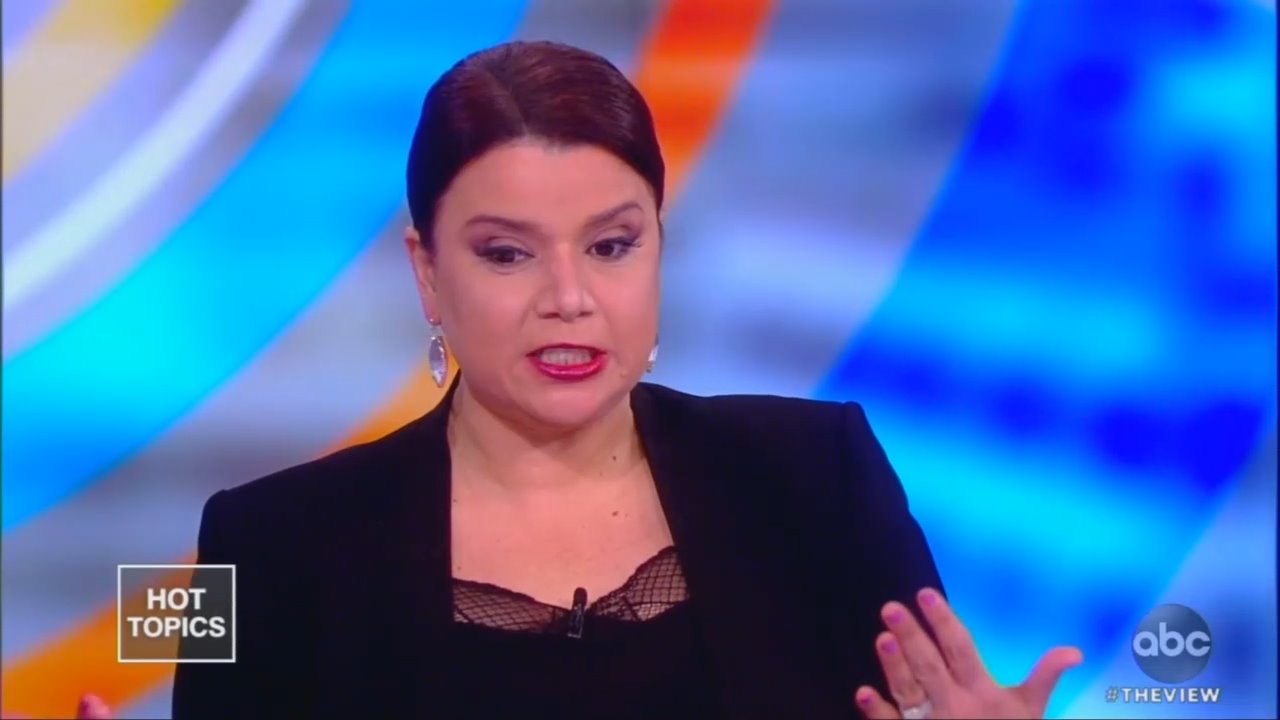 CNN’s Ana Navarro, on Thursday, lost her mind after William Barr’s press conference. The CNN contributor and ABC’s The View co-host unloaded on the AG in a Twitter rant: “William Barr is a political hack in attorney general’s clothing. It’s simply disgusting.”

Later on she tweeted that “Barr looks like a teddy bear. But he is complicit. He is duplicitous. He is disloyal to the Constitution. He is in dereliction of duty. He strategically & meticulously planned this charade today when people are distracted by a Holiday week & Congress not in session. He is devious.”

Finally, the desperate-sounding CNNer exasperately pleaded that Trump be voted out: “I don’t know how anyone can read Mueller Report and conclude Trump did not attempt time and time again to obstruct justice. Republicans in Congress are going to do just that. They will let Trump get away with it. It is up to American voters to hold him accountable. Vote him out!” 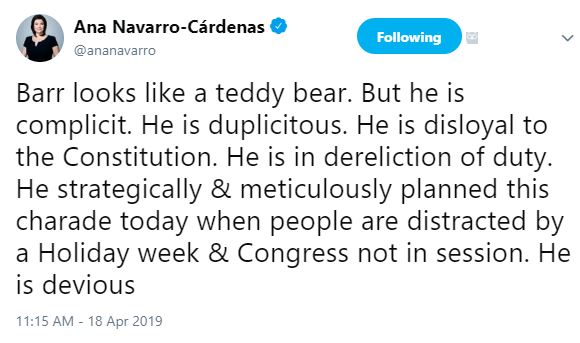 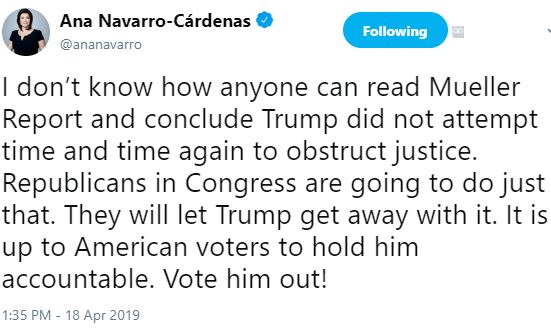