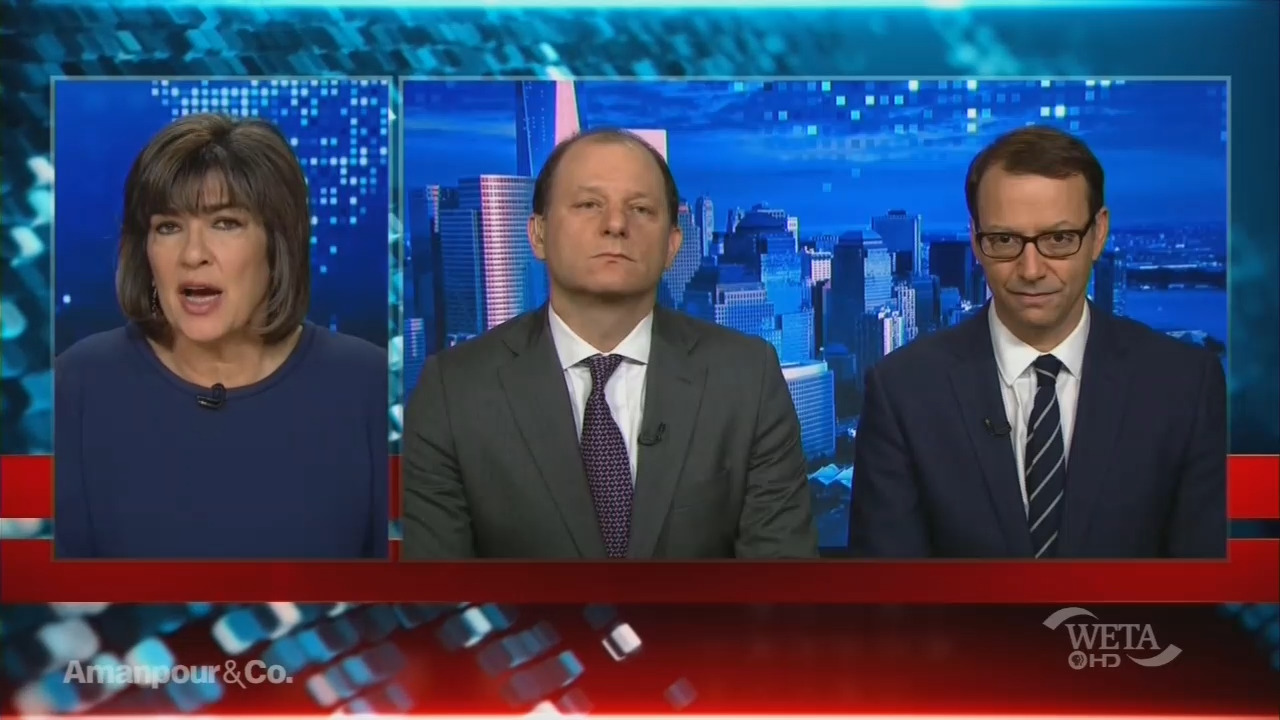 On Thursday’s edition of her CNN/PBS show, Amanpour invited on the New York Times’ Jonathan Mahler and James Rutenberg to promote their three-part investigative piece on Rupert Murdoch and indict Fox News as an “anti-immigrant” network that spewed the kind of “ethno-nationalist agenda” that stoked the New Zealand mosque shooter.

After reading an excerpt from their story, Amanpour prompted Mahler to expound on Murdoch-owned networks’ “vilifying people of color at home” and “abroad.”

Amanpour then drew a direct line from Fox to the New Zealand shooting: “I have to...point out right now....the danger of this kind of activity. Because this Sky After Dark program that you’re talking about....one could say, well, look, what happened? It was an Australian who went to New Zealand and massacred 50 people in two mosques.”

NewsBusters’ Clay Waters is doing a deep-dive on Mahler and Rutenberg’s hit piece. If this interview is indicative, expect even more obnoxious assertions in the entire series.

The following is the full transcript of the relevant exchange as it was aired on the April 4 edition of CNN/PBS’s Amanpour and Company:

HOST CHRISTIANE AMANPOUR: Let me say what you wrote because it is fascinating this. How his [Rupert Murdoch] papers, his TV have had such a massive influence on the key issues of our day, whether it’s race, whether it’s immigration, whether it’s as you mentioned taxes, but also the Iraq war and other such things. You say: “His various news outlets have inexorably pushed the flow of history to the right across the Angelo-sphere whether they were advocating to go to war in Iraq in 2003, undermining global efforts to combat climate change or vilifying people of color at home or abroad as dangerous threats to a might - a right - sorry - a white majority.”

Flesh that out in color. We know about the Iraq war for sure. And I remember during 2002 any journalist who questioned the administration’s rationale for what turned out to be a lie, a falsehood about weapons of mass destruction were tainted as traitors, as terrorist lovers and the like. It was Fox News that heavily pushed the White House agenda there and obviously the Blair support as well.

NEW YORK TIMES STAFF WRITER JONATHAN MAHLER: Yeah, I mean, certainly the most recent manifestation of this – you know – what we were sort of suggesting with that last clause is what’s happening now on Fox News, which is this – you know – very sort of strongly, kind of nationalist, kind of ethno-nationalist agenda, which you know, which you can also see at their outlet in Australia, Sky News Australia. Which, which – where they’ve effectively recreated Fox News during prime time and are pushing the same sort of anti-immigrant sentiments – you know – that we see here in the United States.

NEW YORK TIMES COLUMNIST JAMES RUTENBERG: And it’s very – the Australian example is very interesting. We had a link in our article to a moment where one of his hosts is talking about this threat to culture that immigrants, especially immigrants from, from – who are Muslim could kind of infect the culture or threaten the culture of Australia and that link now is blocked because it’s inappropriate for YouTube.

MAHLER: You know and one can see the same thing of course, even in the U.K. I mean with the kind of the move behind Brexit was as well kind of a, a kind of closed borders idea.

AMANPOUR: Well, I mean, look, I have to, you know, point out right now that the danger of this kind of activity. Because this Sky After Dark program that you’re talking about, I mean, one could say, well, look, what happened? It was an Australian who went to New Zealand and massacred 50 people in two mosques. I mean –

AMANPOUR: Do you see the actual tangible fallout of this policy and these politics?

MAHLER: Yeah I mean that’s a very stark example, and I mean the – one of the sort of striking things we write about toward the end of the piece is a young woman who was an editorial employee at Sky News Australia quit in protest after the Christ Church massacre and wrote a  sort of a blog post about why she was quitting. And she said – you know – for two years I was aware that I was working at this news outlet that was fomenting this sort of radical ideology and, and sort of mainstreaming it “and now I feel like – you know – of course I can’t go on.”

So, so – you know – while it’s – you maybe can’t – there isn’t necessarily a direct link there, it’s certainly, certainly fair to say that this kind of anti-immigrant environment, this anti-immigrant sentiment and this mainstreaming of it is – is truly a danger.