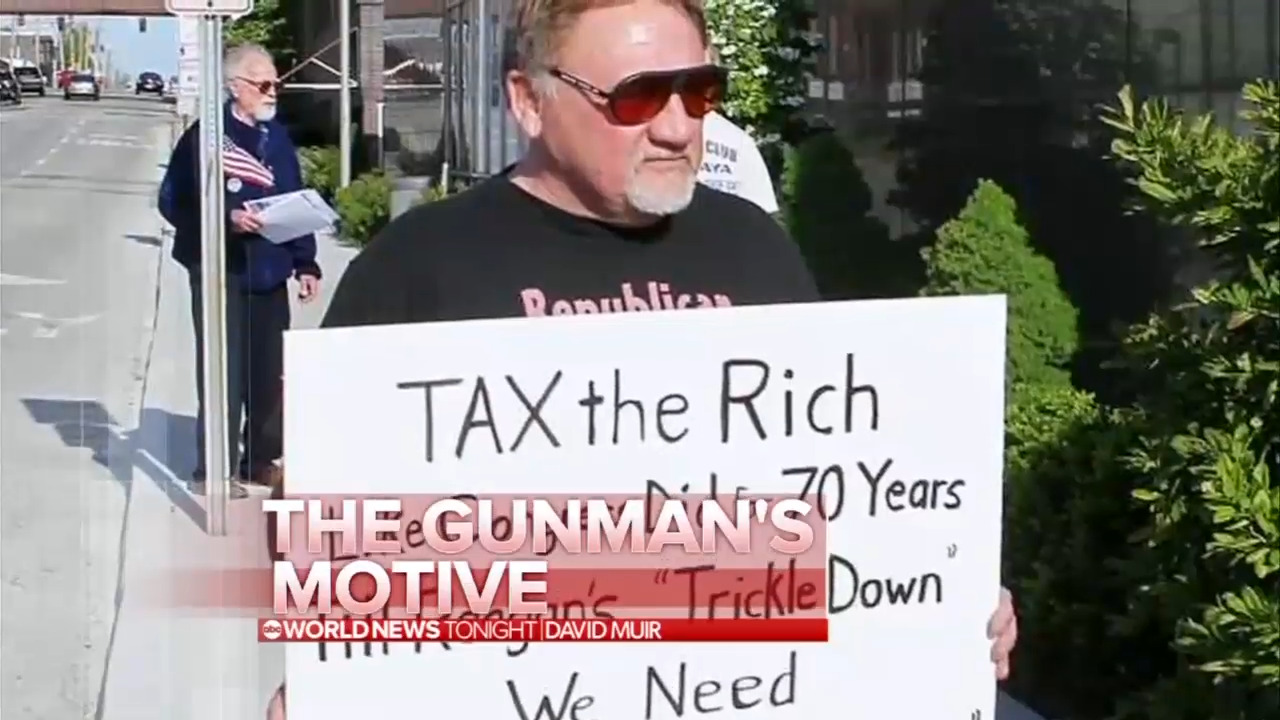 While the liberal media have been obsessed with blaming Donald Trump’s rhetoric for provoking the man who sent letter bombs to Democrats and CNN last week, in 2017 they barely mentioned that the man who shot at Republicans on a baseball field was motivated by anti-GOP hatred.

In fact, some network anchors and correspondents attempted to blame the shooting on any one else but the shooter himself.

CBS Evening News anchor Scott Pelley, on June 14, suggested the attack was “self-inflicted” as he pondered: “It’s time to ask whether the attack on the United States Congress yesterday was foreseeable, predictable, and to some degree, self-inflicted.”

NBC correspondent Kristen Welker on the June 14, NBC Nightly News actually wondered if the entire country was at fault: “After one of the most violent presidential campaigns in recent history, questions tonight about whether the entire country bears some responsibility for an atmosphere that’s become increasingly heated.”

Of course blaming either political party for the actions of an emotionally disturbed individual is tenuous at best, but still it has to be asked why the networks all but ignored political motivations in the case of the Scalise shooting, but hyped it in last week’s pipe bomb attacks.

Thanks to MRC analyst Bill D’Agostino for helping in research for this study.