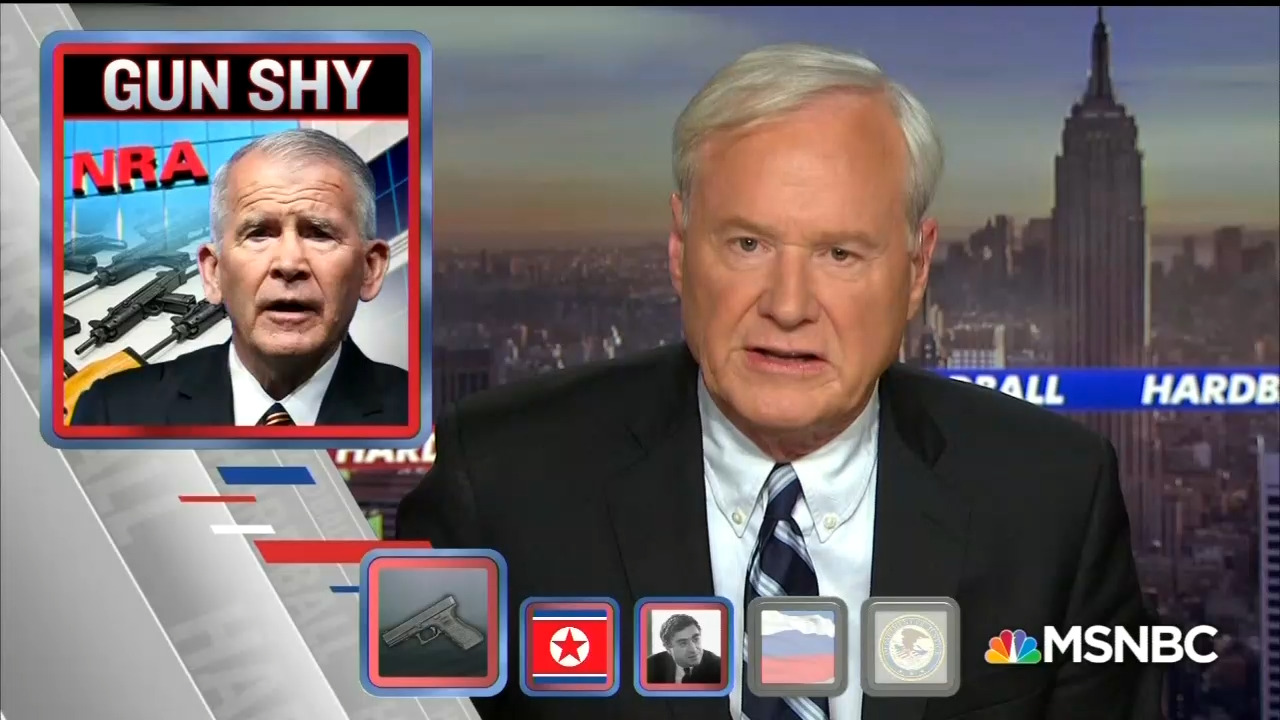 Soon after the Santa Fe, Texas school shooting, journalists and celebrities attacked those who they believe were the true culprits in the tragedy: Law-abiding gun owners and Second Amendment supporters.

MSNBC host Chris Matthews was frustrated that “reasonable people have so little power at the ballot box” compared to gun-rights voters and was frustrated that the NRA seemed to be “immune to justice.” And an editor at Esquire magazine admitted what gun owners have always suspected about liberal journalists: “God help me, I want to take all of your guns out of your hands, by myself, right now.”

Celebrities also engaged in the demonization of gun-rights supporters. Actress Alyssa Milano tweeted that “The gun lobby and gun manufacturers value profit over lives,” and on his late night show Jimmy Kimmel trashed “cowardly” politicians who “care more about the support of the NRA than they do about children.”

The following is a collection (so far) of the ugliest attacks on gun rights supporters in the wake of the Santa Fe, Texas, school shooting.

2. “Reasonable People” Need to Bring the “Justice” to the NRA

“Charles Blow had a great column in The New York Times, I don’t know if you saw it. Basically, he showed all the polls. He’s great on polls. And it shows there’s an overwhelming support in this country for gun safety, for basically banning semiautomatic assault weapons. It all makes sense. It all sounds like you talking. And – yet because you are a reasonable for safety person, and I don’t understand why reasonable people have so little power at the ballot box. They just don’t. The NRA, Oliver North, the fact that they would pick him – I mean they seem to be immune to justice.”
— Host Chris Matthews on MSNBC’s Hardball, May 21.

3. Esquire Editor Wants to “Take All of Your Guns Out of Your Hands...Right Now” 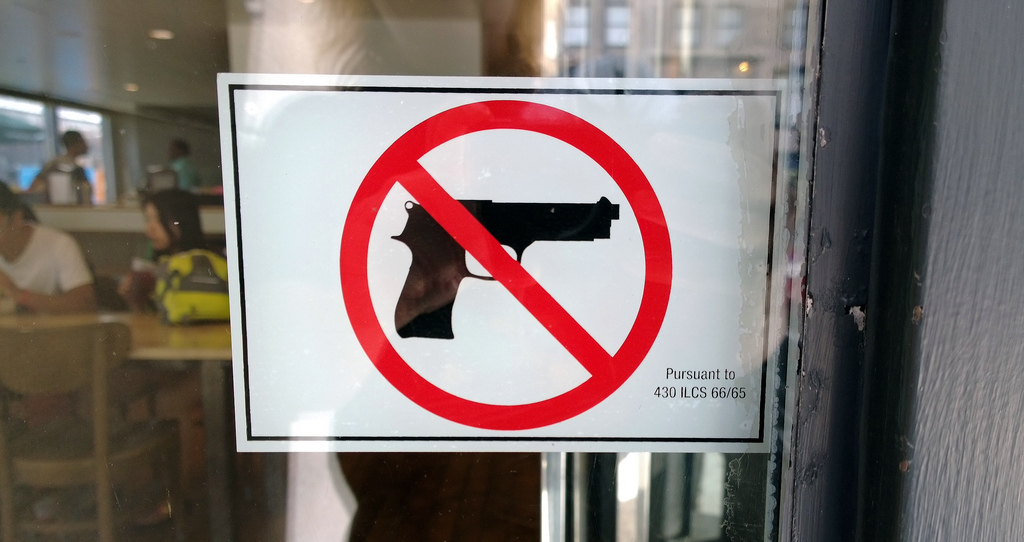 “Hey there, NRA: Listen, I know the moments after a gunman opens fire in a school are hectic for you. You have to get your talking points together, you have to mentally prepare to debate a traumatized yet sensible child, you have to look at yourself in the mirror and practice saying that more guns would have made the situation less deadly. It’s a busy time! And since we are always either in the moments after or the moments before a mass shooting, you’re pretty much always busy, I have noticed! Anyway, I just wanted to drop you a line and let you know that I now actually do want to take your guns. All of your guns. Right now....I want to end this thing once and for all, so that all of you who have prioritized the sale of guns over the lives of children have to sit quietly and think about what you’ve done. God help me, I want to take all of your guns out of your hands, by myself, right now.”
— Esquire magazine Editor-at-Large Dave Holmes in May 18 article “Okay, Now I Actually Do Want To Take Your Guns.”

4. Texans are Too “Hard-Wired” Into Their Guns 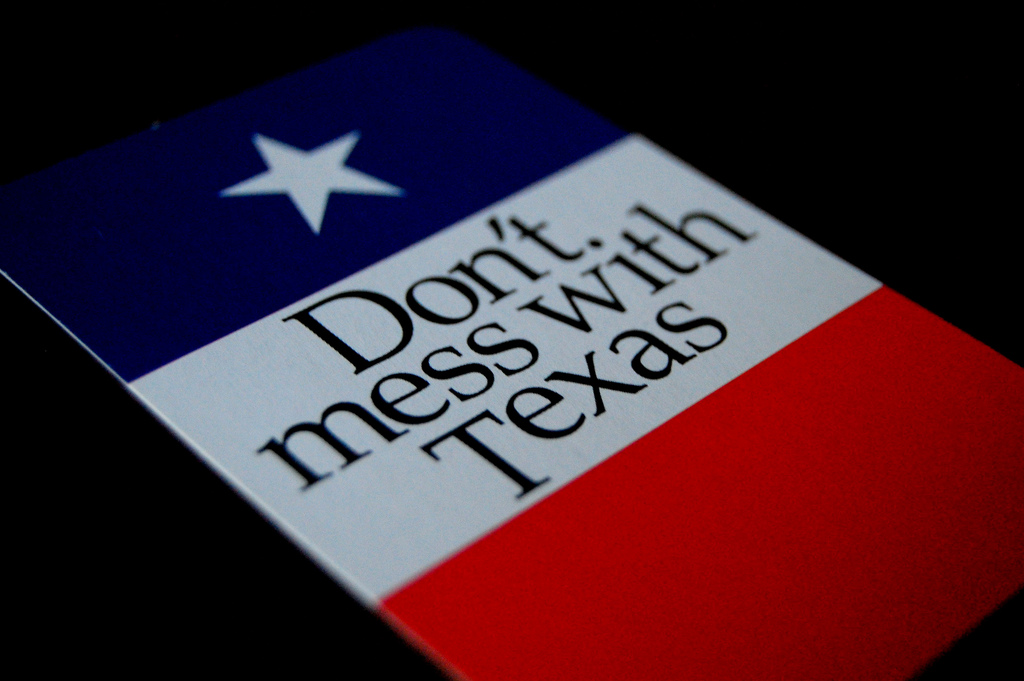 “There is little indication of anything similar [to the legislation Florida passed after Parkland shooting] in Texas, a place where guns are hard-wired into the state’s psyche, Republicans control virtually all the levers of power....What played out instead was a reminder, as happened after 26 people were killed in a church shooting in Sutherland Springs, Tex., in November, that major gun violence often does not produce a backlash against guns. But, for now, the pro-gun forces are firmly in control.”
— Manny Fernandez, Jack Healy and Dave Montgomery in May 21 New York Times article “Will School Shooting Spur Anti-Gun Furor? In Texas Not Likely.”

“It’s a common story now in America as is the absence of action by the country’s leaders....Intermittent gunfire across the country, political silence here in the Capital....Shannon Watts, you’re a founder of Mothers Demand Action. What action can we expect here? I mean, fairly, I don’t expect any action. I think we live in this country. It’s a gun tooting country. We believe in the Second Amendment. We live with it the way it’s interpreted by the Supreme Court I think is irresponsible, but here we are....What’s with America? What’s with us?...Texans aren’t going to change, are they? Or anybody in this country....It sounds like we’ll be back here in a couple months with another one of these....NRA still calls the shots?”
— Host Chris Matthews on MSNBC’s Hardball, May 18.

“Hard not to miss what you didn’t mention there. Any kind of regulations of guns. And in fact, you have suggested fewer school doors could lead to fewer school shootings. I know some security experts have said that could be part of a comprehensive solution. But you’ve also come into some pretty harsh criticism from those who think the problem is too many guns, not too many doors.... How do you explain another stunning statistic? Americans of high school age are 82 times more likely to die from gun homicide than their peers in the rest of the developed world. That has to be connected to the availability of guns, doesn’t it?”
— Moderator George Stephanopoulos questions to Texas Lt. Governor Dan Patrick on ABC’s This Week, May 20.

7. If Only We Could Get Past “Brick Wall” of the Second Amendment

“It still seems as if every time the brick wall you hit on this subject always goes to the issue of access to guns. Right? Because you can’t, no matter how you look at this statistically, you keep coming back to the issue of: It’s how the people get their access to guns. And when you try to make the conversation about that, that’s when the political walls come up and I think you end up hitting that brick wall of being able to get anything done.”
— Meet the Press host Chuck Todd on NBC’s Sunday Today, May 20. 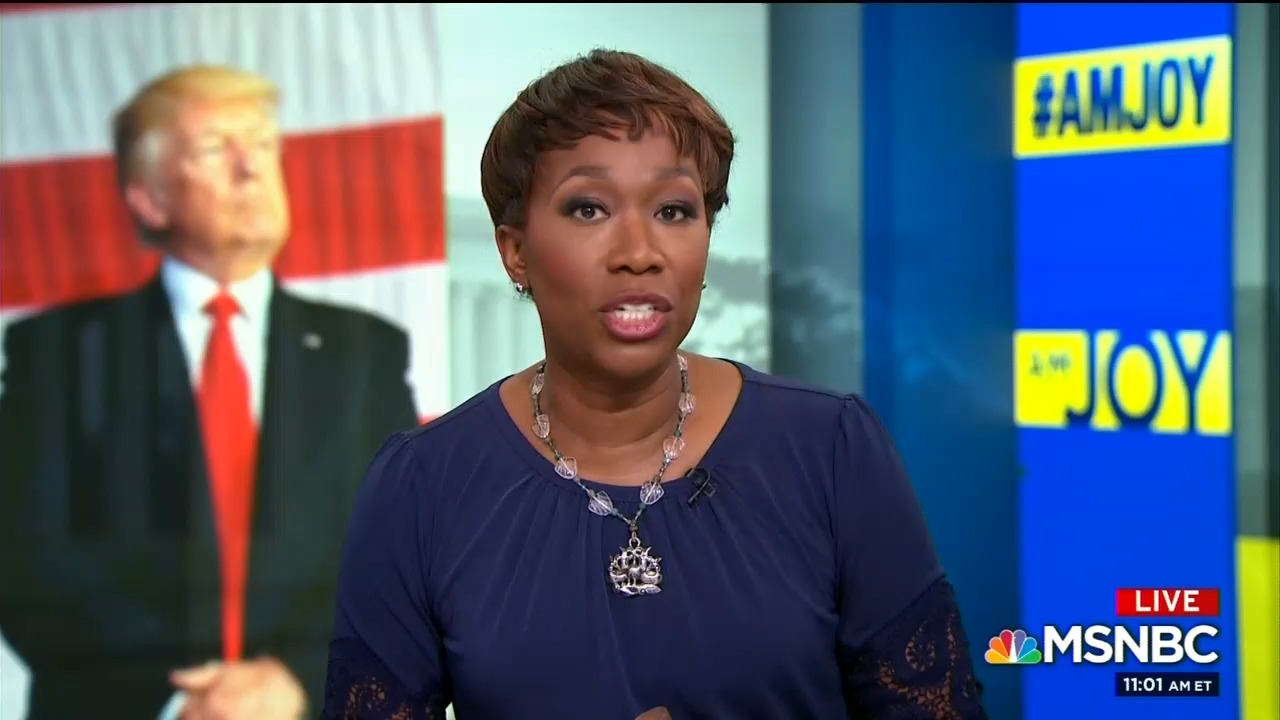 “At a certain point we’re not having a rational conversation. The @NRA and its marionettes say the solution to mass shootings is one of 3 things:
- Mass shooter drills (which presume we have to live with mass shootings)
- More guns (which never prevent mass shootings)
- Nothing”
— May 18 tweet by MSNBC AM Joy host Joy Reid, in response to Santa Fe school shooting.

9. Offended By “Thoughts and Prayers” 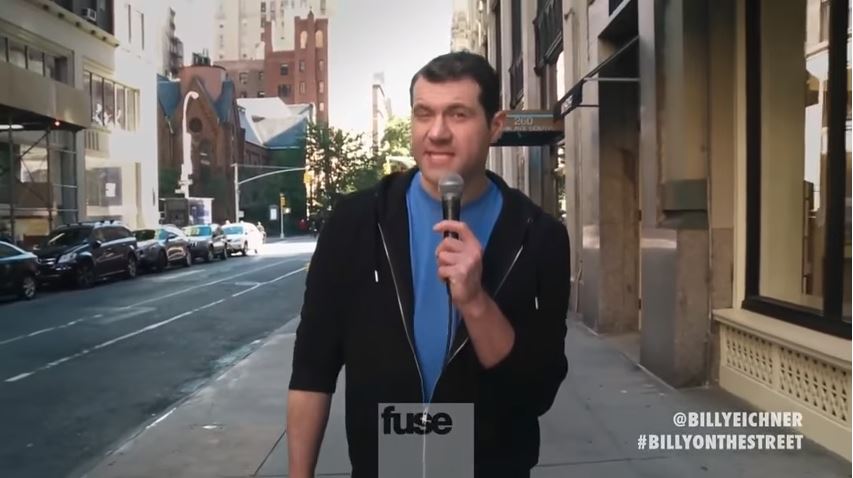 “Forget your thoughts and prayers. You’ve been praying since Columbine. YOUR PRAYERS DON’T WORK. Can the rest of us rational thinking people actually try to do something about this now???”
— May 18 tweet by actor/comedian Billy Eichner in response to Vice President Mike Pence tweet.

10. Not Sure Who Trump Is With? Victims or the Shooters? 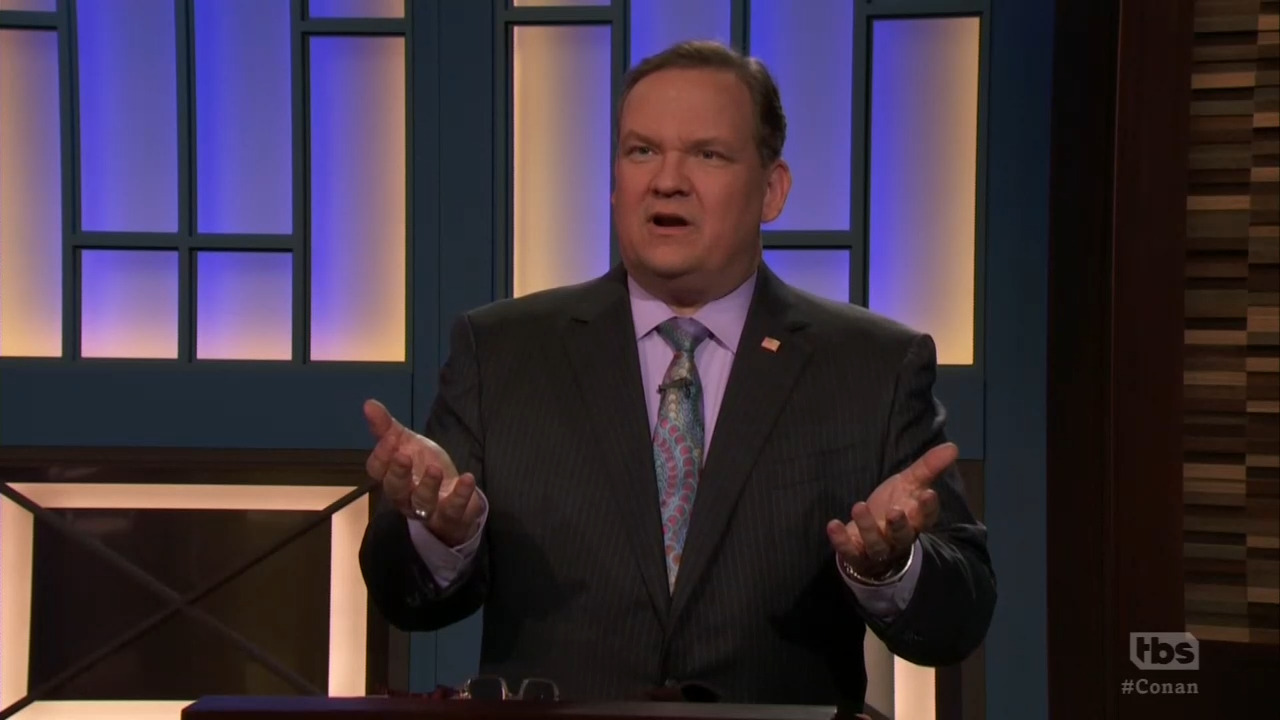 “Who is he really with, though? The shooters or the ones who get shot?”
— Comedian and TBS’s Conan show sidekick Andy Richter in May 18 tweet response to President Donald Trump statement to Santa Fe school shooting victims that “We’re with you in this tragic hour and we will be with you forever.” 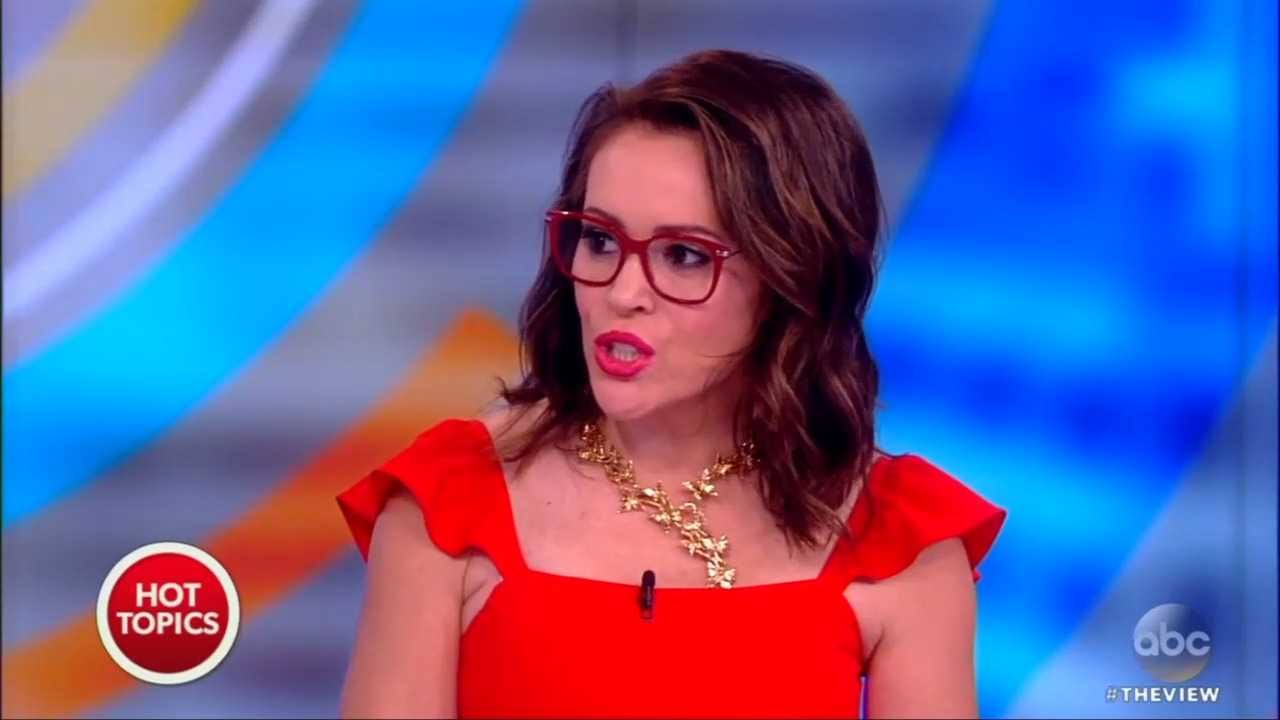 “More dead children. WE CAN’T CONTINUE THIS MADNESS! WE ARE DONE! We’re done with your—‘the @NRA didn’t pull the trigger’— spin. We are done with your pity, thoughts and prayers. You flooded America with guns. The gun lobby and gun manufacturers value profit over lives. #NoRA”
— May 18 tweet by actress Alyssa Milano, in response to Santa Fe school shooting.

12. “Cowardly” Congress Cares More About NRA “Than They Do About Children”

“Once again our leaders are sending their thoughts and prayers. President Trump said he is ‘with the people of Santa Fe in this tragic hour and will be with them forever,’ except for when it comes to doing something, then he will not be with them. And neither will any of the Congresspeople or Governors who don’t ever do anything because they are fearful that it will hurt them politically. They know the truth, they know this has gone too far. But they are too cowardly to do the right thing. They care more about the support of the NRA than they do about children. So they sit there with their hands in their pockets, pockets full of gun money and they do nothing. They just wait for the outrage to pass. Because it didn’t happen to their children.”
— Host Jimmy Kimmel on ABC’s Jimmy Kimmel Live, May 18.

13. Before I Burst Into a Medley, Let Me Bemoan Lack of Action on Guns

14. We Interrupt This Awards Show (Again) to Preach About Gun Control

“This past Friday we experienced another tragedy and this time at Santa Fe High School in Texas. Just a few weeks ago, many students from that very high school joined the protest against gun violence and they are no different than tens of thousands of young adults across this nation who took a stand and are raising their voices to say things must change. They inspire me with their hope, with their compassion, and with their determination to make a difference and build a better world. Here to pay tribute are Shawn Mendes and Khalid joined by the show choir from the Marjory Stoneman Douglas High School in Parkland, Florida.”
— Singer Bebe Rexha on 2018 Billboard Music Awards show as aired on NBC, May 20.