Media’s ‘Sh*thole’ Coverage Draws Over 160 FCC Complaints, CNN Got the Most 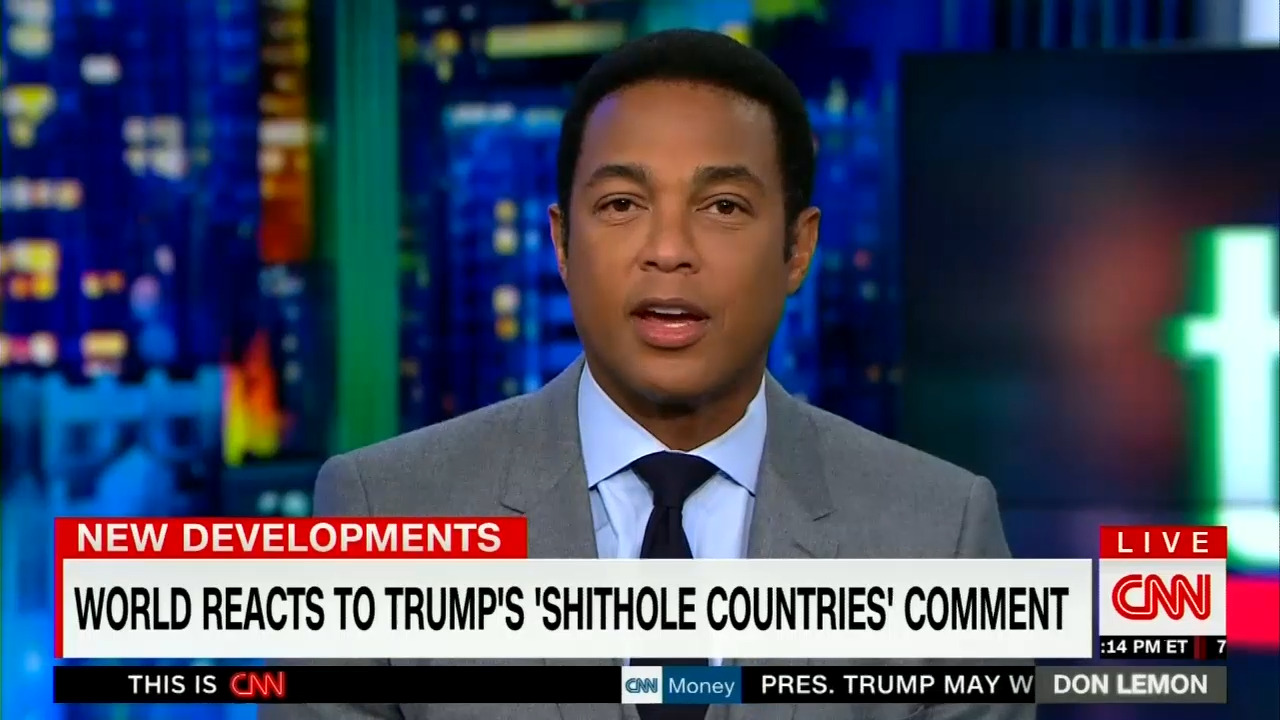 The media’s attempt to embarrass President Donald Trump – over reports that at a closed-door meeting he called some nations “shithole countries” – generated a lot of ire from viewers who didn’t want to hear that word over and over again.

The Politico story noted that CNN received the brunt of the complaints, something that tracks with what NewsBusters discovered back on January 15: “NewsBusters staff combed through CNN transcripts on Nexis for the S-hole word in the 24 hours of January 12 – the first full day after The Washington Post reported the controversy – and found CNN staffers and CNN guests uncorked the profanity 195 times in one day.”

Hendel reported: “CNN was mentioned 249 times across the 162 pages of response that the FCC supplied to POLITICO. Some cited specific CNN journalists, such as Don Lemon and Jim Acosta, and called the network fake news. One suggested most members of the media hate Trump and his voters and said the use of such indecent language is ‘responsible for the growing animosity that leads to riots and other crimes and is in fact tearing our country apart.’”

Hendel’s April 3 story went on to include some of the complaints:

Several commenters mentioned their children and said they saw the news broadcast in a public area such as a restaurant, with the word "shithole" featured prominently on screen. One mentioned a TV tuned to CNN that was visible from a McDonald’s playground area, designed for children.

“My 9 year old daughter keeps hearing and seeing the word Shithole all over CNN,” one parent from Fountain Hills, Ariz., wrote the FCC on Jan. 14. “CNN needs an R rating or NC-17 rating displaying and saying this type of vulgarity.”

“I don't care what the president said behind closed doors, he didn't say it on my tv while kids were watching,” added another parent from Escondido, Calif. “The networks and news channels all did and should be fined.”

Others made it clear that Trump saying the word did not make it newsworthy enough to air. As one put it: “I do not care if Jesus Himself dropped an F bomb in a CLOSED MEETING.”

Although CNN received the lion’s share of complaints stemming from coverage of Trump's comments, other outlets were mentioned as well, including NBC News, NPR and MSNBC. Like CNN, MSNBC is a cable network outside the FCC's jurisdiction for policing indecency and profanity.