The media’s attacks on Donald Trump have been so out of control that even former CNN host and Piers Morgan is calling them out on it.

On Wednesday’s edition of FNC’s Hannity the current U.S. editor of The Daily Mail eviscerated the American press’s attempt to “attempt to delegitimize, sabotage and destroy the Trump presidency before it’s even started.” Morgan added: “I think that is un-American. I don’t think it’s a patriotic thing that they are doing. I think it’s nakedly partisan.”

The following exchange was aired on the February 15 edition of FNC’s Hannity:

SEAN HANNITY: You know Piers, I know you. I love The Daily Mail. I read it every day. You’re a hard-hitting guy. You’ve gone after Trump when you disagree with him. You’ve also praised him when you think he does the right thing. Don’t you think that the media in this country has lost all perspective?

PIERS MORGAN, THE DAILY MAIL: I don’t think it’s just the media. I think there are large sways of the American people who have lost their minds — 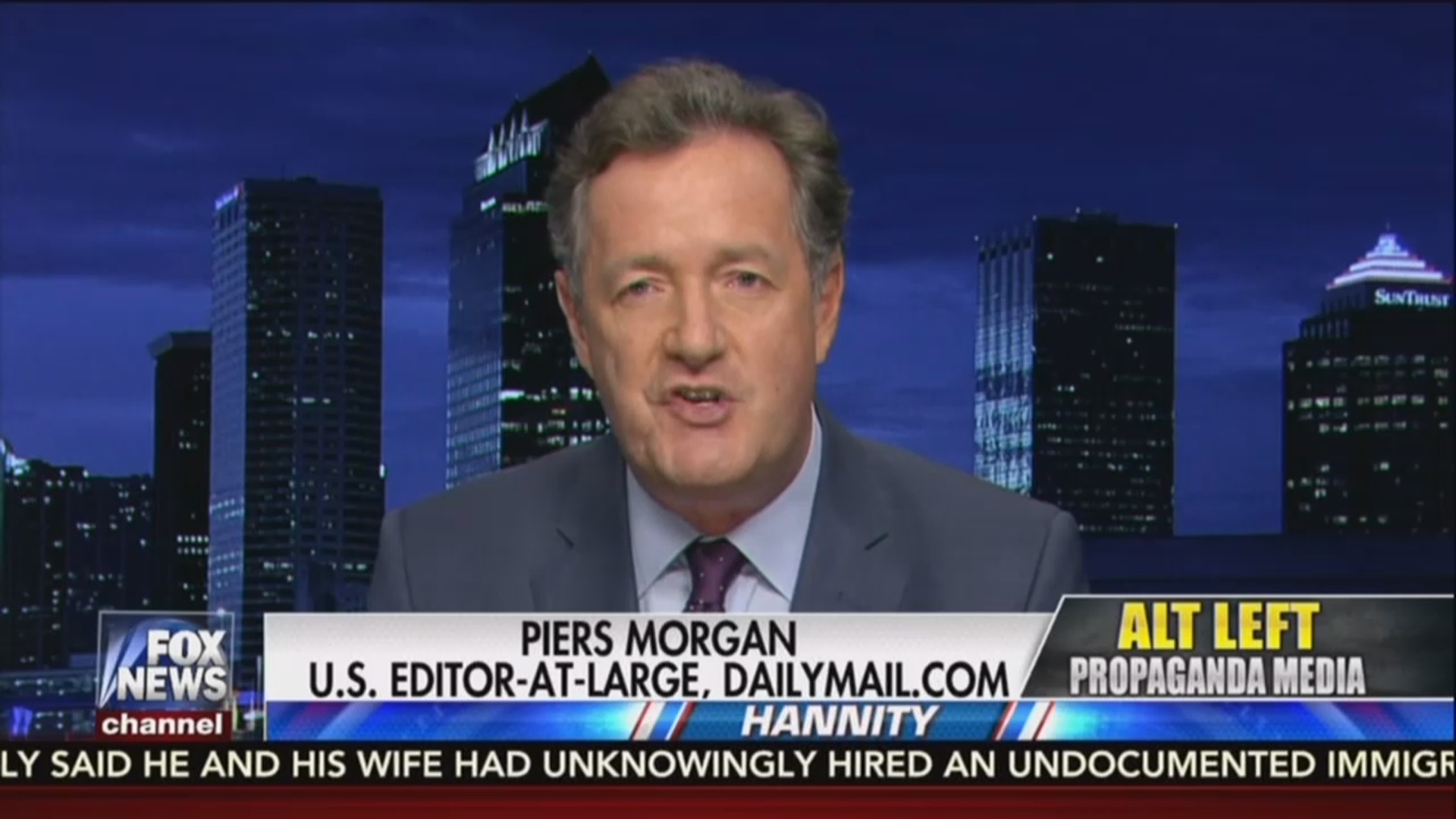 MORGAN: — and the media are fueling this crazy hysteria. Here’s what I think has happened. The media in America — the mainstream media: print and cable and, and main network news — they kind of collaborated in fueling the beast of Donald Trump. When he first ran, they started by saying he was a joke. Then they realized he was getting ratings. Then they gave him the airtime. Then they put him on the front pages. They kept fueling, fueling, fueling. They never imagined he might actually win. And while they were fueling, he was out there running around America, galvanizing and resonating with the American people in middle America, way away from the two coasts. And then came the moment when the American media [said] “Well we’ve got to kill this guy off. This is out of control.” Rather like Dr. Frankenstein, it was too late. The beast that they helped create —  as they see it  — could not be killed off, and he won the presidency.

What I don’t like about what is going on now is there is an absolutely frenzied and concerted attempt to delegitimize, sabotage and destroy the Trump presidency before it’s even started. I think that is un-American. I don’t think it’s a patriotic thing that they are doing. I think it’s nakedly partisan. It’s driven by The New York Times, who were completely in the tank for Hillary Clinton. And I think as a journalist who worked at CNN for four years, where CNN always tried to be, I know your view about CNN,  but has a lot of good people there. I think they’ve got to be careful, all of them. They’ve got to look at what they are doing here and ask themselves is this legitimate journalistic rigor or it is incredibly partisan, often nakedly abusive treatment of a new president?. And I think, I’m afraid, is bordering on the latter. This Russian scandal. When you play some journalists — who I completely respect — when you play them talking about this being the new Watergate, Pearl Harbor, 9/11. You know the biggest scandal since Iran/Contra and so on. This is a wildly exaggerated view as the facts currently stand.